The entire grid was unsure what kind of layout to expect for Round 3 of the Formula Drift Pro Championship series at Palm Beach International Raceway. It was a surprise when we found out the judges wanted the drivers to choose between two courses that they had laid out.

Last year was the first FD event at PBIR and the course was very simple. I think it may have left a bad taste in everyone’s mouth, so this year the judges planned to run a course similar to what they had originally planned for last year. In the event this had been too dangerous to run because there were no chain-link fences on the outside of the K-rail-lined course. So they learned from their mistakes and this year put up a catch fence all round the track.

I arrived to find the three judges, Andy Yen, Ryan Lanteigne and Brian Eggert, slaving away trying to figure out the layout of the two courses.

Andy made Brian set up a course, being the rookie of the bunch.

The drivers watched in confusion. For the first time ever an informal drivers’ meeting was called on a Thursday practice day.

Andy explained to the drivers that there were two courses laid out for everyone to try. They would drive on one for 30 minutes and then drive the other for another 30. The judges would be at the starting grid getting feedback from everyone to see which one they would like to run – the majority would rule.

The black line is the original course and what FD was going to run last year. The red line is the alternate course. It may look like a small change, but it would make a huge difference to how this course is run.

As always Vaughn Gittin Jr had many words to say, most of which were constructive criticism.

Some drivers like Dennis Mertzanis were confused at first. With some clarification everyone understood what needed to be done.

…while our very own Matt Powers pretended to drive both courses. He mentioned his car was more set-up for the original course.

So the drivers lined up on the grid and first tried out the alternate course for half an hour.

The spotters in the judging tower radioed in to their drivers and kept them up to date on how everyone else was doing on both courses.

Vaughn came by and offered some more advice about the situation. If only all of the drivers were as helpful.

As the practice session went on it was more and more evident that the original course was the one the drivers liked.

Some drivers just stood in the judges’ tower and let everyone else be the guinea pigs.

Time was up and the judges agreed that the original course would be the one to stay.

Formula Drift Safety Steward Doug Artus informed all the spotters of the decision.

They spread the word and started their planning for the weekend.

For the rest of practice the drivers hit the course with full commitment.

Eventually they started to get closer and closer.

I think Robbie Nishida was still a bit confused. But after a few practice runs the Achilles Tire driver laid down a trail of smoke with ease.

With the course set in stone and qualifying the next day the drivers got in as much practice as possible, as this was a new course to everyone on the grid. It is a great equalizer and I think it gives the rookies a fighting chance at a podium spot. Stay tuned for more coverage from Round 3 on Speedhunters. 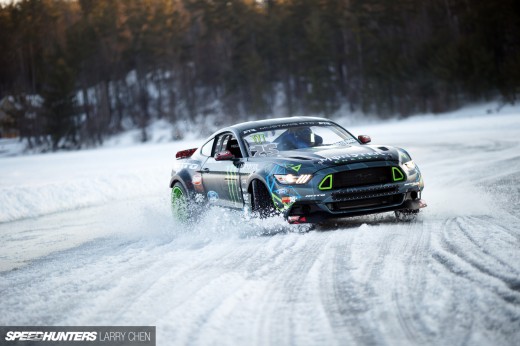 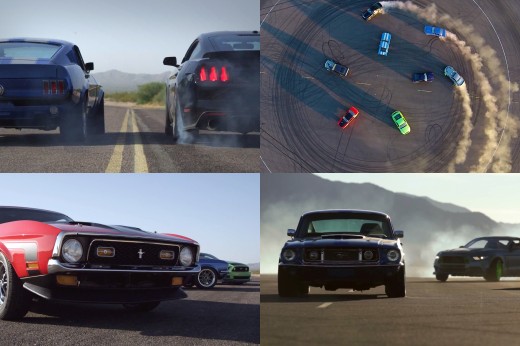 actually this cource looks fantastic, a whole lot more technical than i assumed it would beshould make for some good battles

i realise now why it looks so familiar, its pretty much odaiba

Hmm, Yeah I guess its slightly like Odaiba!
I liked the original layout as soon as I saw the two layouts. Looks like it's gonna flow really nicely!

Did Chelsea DeNofa get jealous of Daigo Saito's rear spoiler and felt obligated to have one just as big?

hey larry, any chance you could somehow go into detail about what kind of questions the drivers ask at the meetings? that would be awesome!!

@illuminati I will try my best. They ask quite a few questions.

Thanks for the coverage Larry!