It’s fair to say that BMW were not expecting success so early in their return to the DTM. They endured a tough baptism at the Hockenheim opener, but bounced back at the second round at Lausitzring. Martin Tomczyk topped the first practice session, and then Bruno Spengler and Augusto Farfus locked out the front row in qualifying. 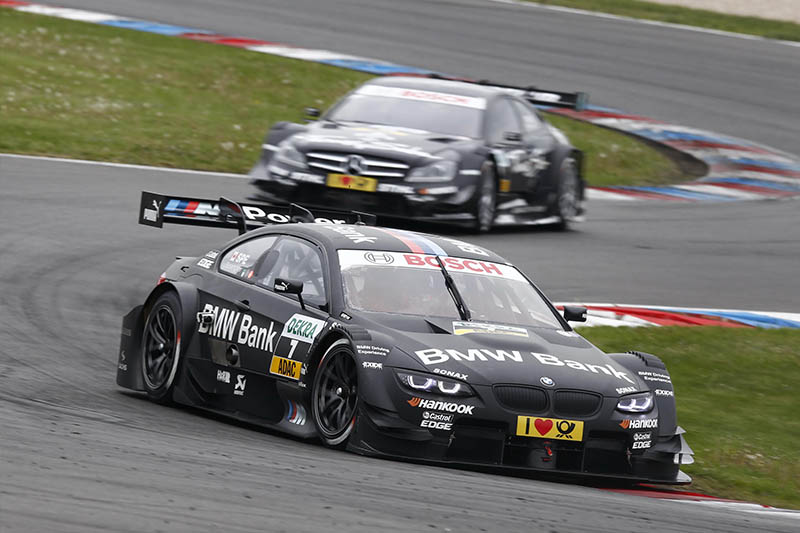 Spengler went on to win the race, giving BMW their first DTM victory for 20 years. He held off Mercedes driver Gary Paffett for the majority of the race, despite Paffett hounding the BMW all the way to the flag. 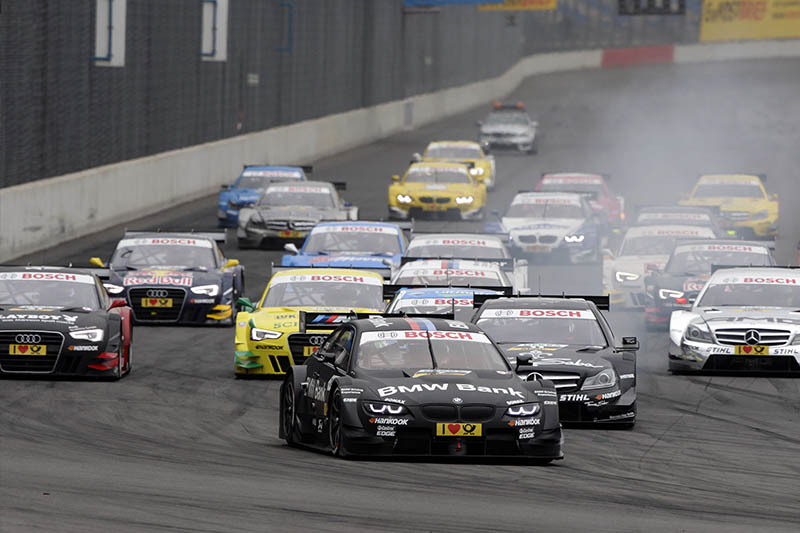 Behind them, after the usual frantic start Farfus was involved in a similar battle with Jamie Green, and similarly the BMW man held off his Mercedes rival. 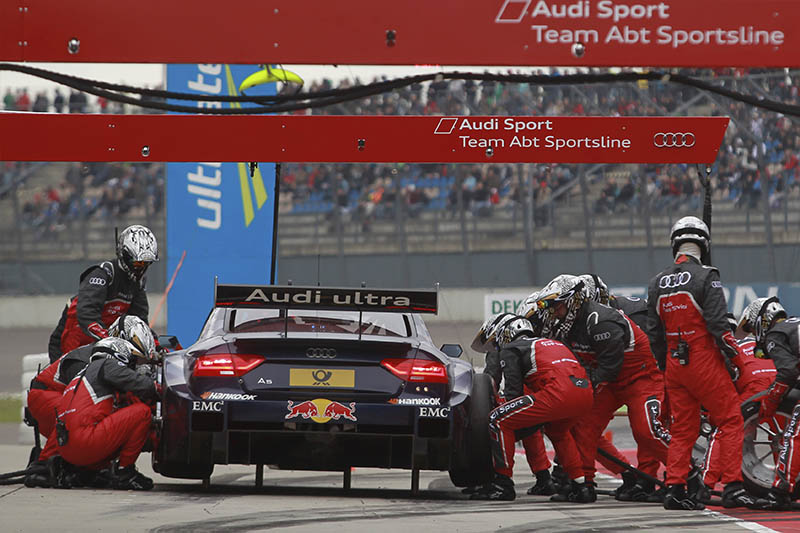 Matthias Ekstom was the highest placed Audi finisher, taking fifth position for Abt ahead of his team-mate Timo Scheider. 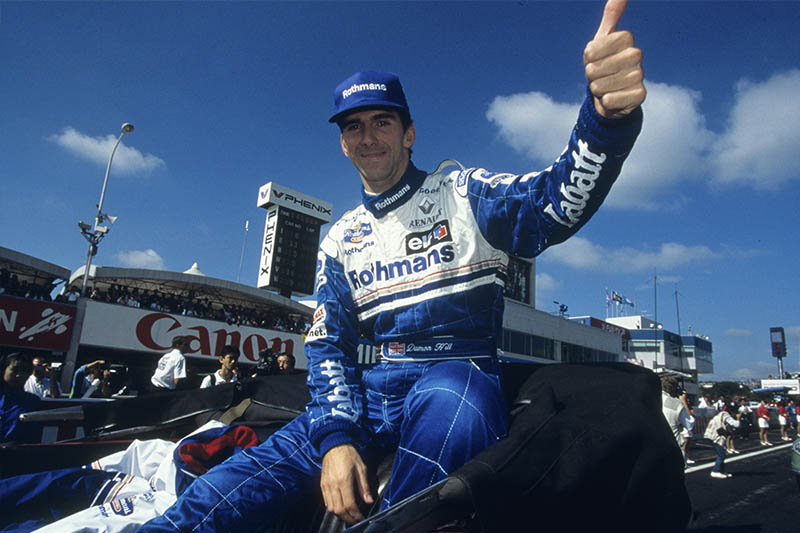 The DTM moves to the UK for its next round: the supporting VW Scirocco Cup will feature a special guest in the form of 1996 F1 World Champion Damon Hill, who will join a raft of other ex-F1 drivers in the race that includes David Brabham, Mark Blundell and Martin Donnelly. 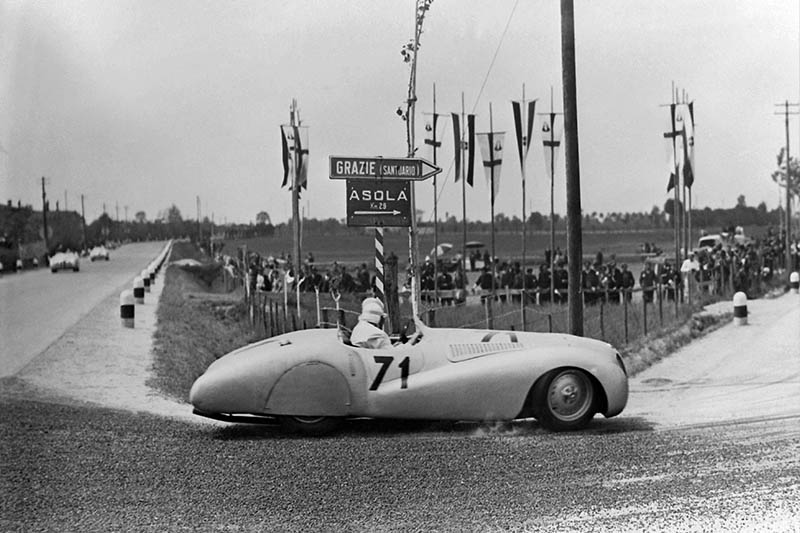 BMW’s Classic Group will be running in this year’s edition of the legendary Mille Miglia in Italy: 12 examples of the 328 will be driven in the event, which races from Brescia to Rome. Heading up the BMW assault will be the BMW Touring Coupé that won the event in 1940 and this 328 Mille Miglia Roadster. 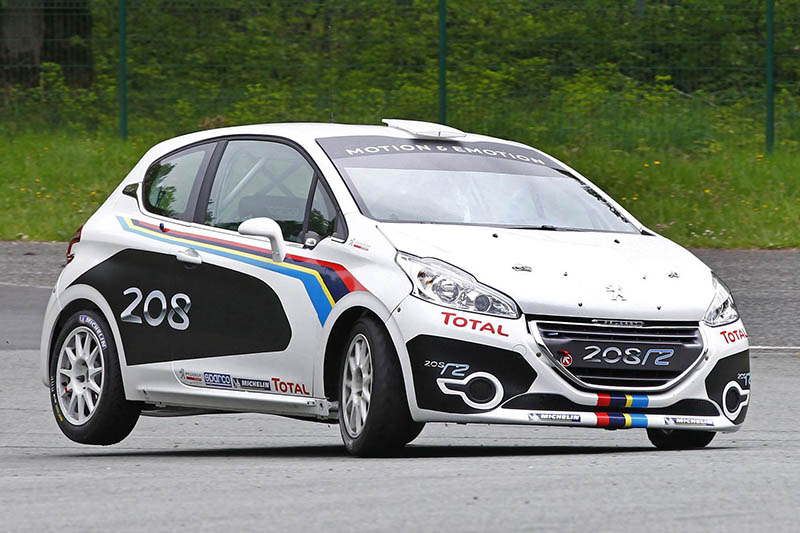 Back to the future, Peugeot have released images of their new entry-level rallying weapon, the 208. This is aimed at the R2 category, and has been stripped down and tuned up to 185hp to take the fight to the Fiestas. Its maiden outing will be as the ‘zero’ car at this weekend’s Tour De Corse, the fourth round of the Intercontinental Rallye Challenge. 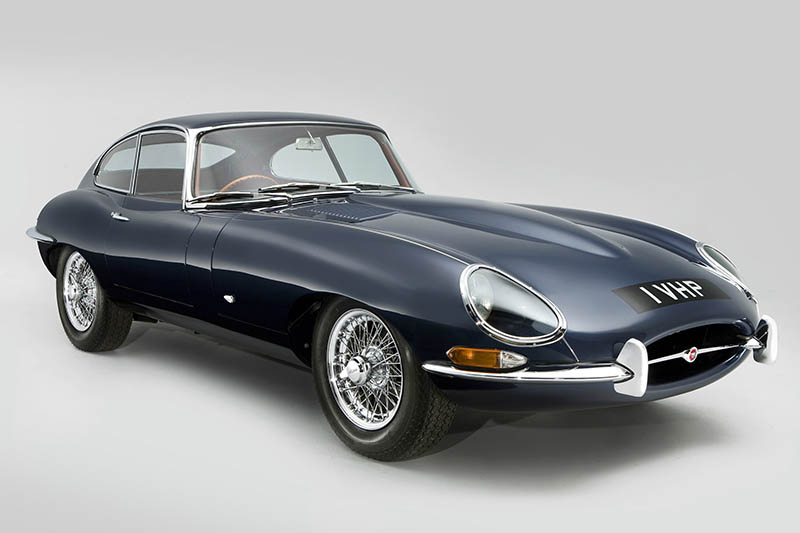 Forty classic cars from all over Europe tackled over 1,000 miles of the finest Scottish countryside last week as part of the Scottish Malts Car Rally, including the very first right-hand drive production Jaguar E-Type Fixed Head Coupe, supplied by Jaguar Cars in August 1961. 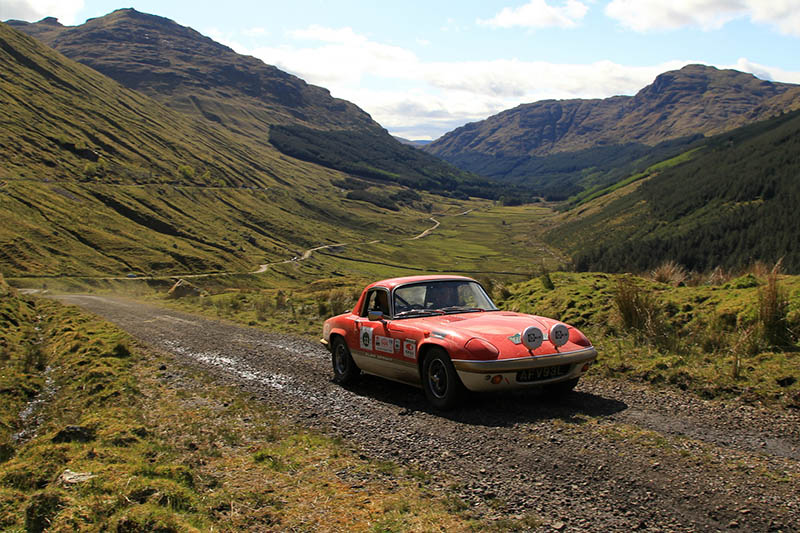 The winner was this Lotus Elan, which soaked up the sun whilst driving through some of the breathtaking landscapes on offer during the rally’s six days of stages. 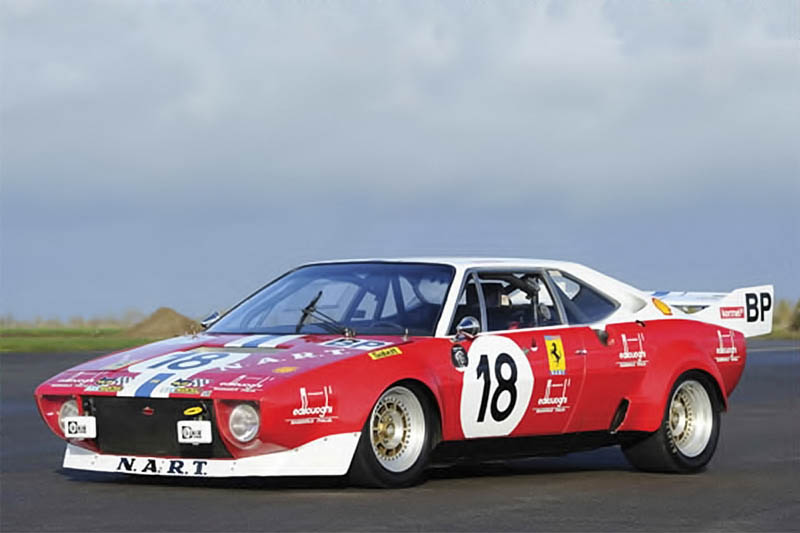 An obscene number of exquisite cars go under the hammer on May 12 at the RM Auctions event at the Grimaldi Forum, Monaco, which is being held on the same weekend as the Grand Prix de Monaco Historique. The two-day sale is expected to be one of the most important collector car and motorcycle auctions to be held in Europe this year, and includes the sale of more than 100 Ducati motorcycles on the opening day. The list of cars includes over 20 Ferraris (F40, FXX Evoluzione, 166 Inter Coupé, 206 S Dino Spyder and so on), a pair of Bugattis (Veyron, EB110), multiple Porsches and Maseratis and a 2007 Peugeot 908 HDi FAP LMP1 car. It’s a line-up that would make even a Goodwood Festival Of Speed jealous. 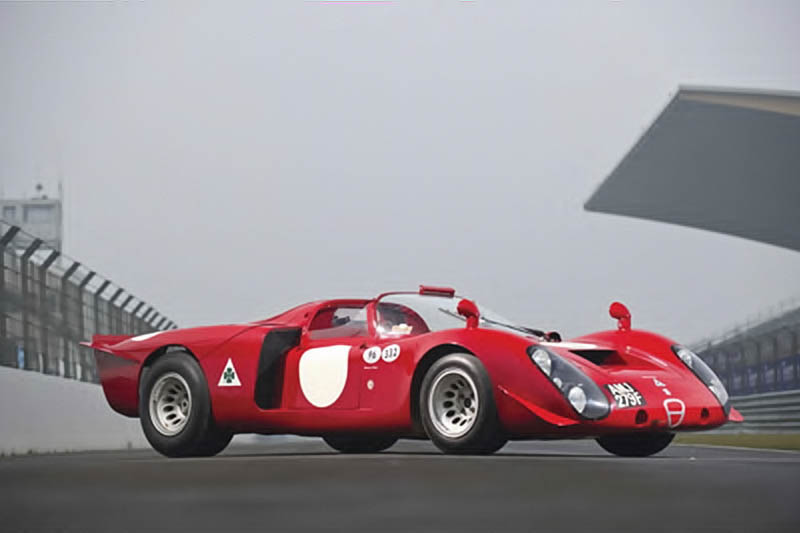 Among seven Alfas is this beautiful 270bhp, 1,995cc fuel-injected DOHC V8 Alfa Romeo T33/2 Daytona from 1968, which is expected to sell for over a million Euros. Predictably, Alfa Romeo and Autodelta kept very poor records of their competition cars and no one knows exactly how many T33/2 chassis were built, although there were believed to be about 20. The car’s information sheet helpfully adds that “The chassis numbering system has always defied understanding”. 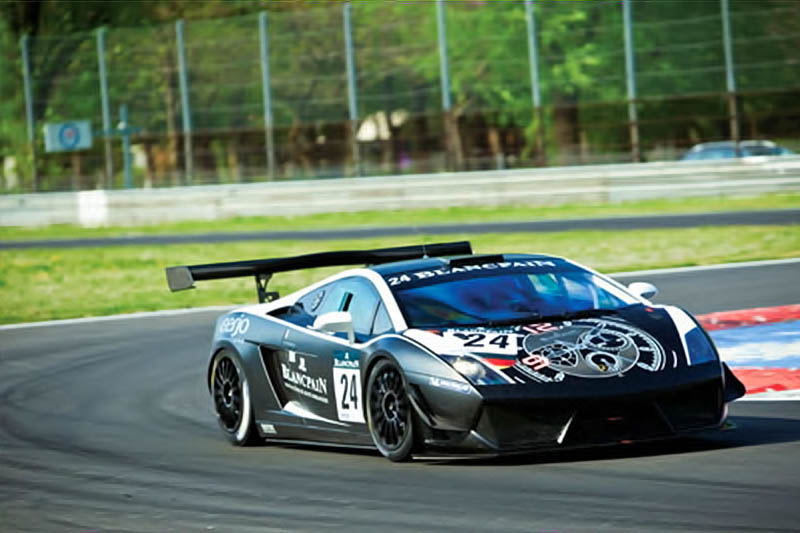 At least one car will be raising money for a good cause: this 2011 Lamborghini Gallardo LP600 GT3 Racing Car is being auctioned in aid of the Monaco Association Against Muscular Dystrophy, and is expected to sell for around 100,000 Euros – a bargain for a modern GT3 car. The Gallardo pushes out 605 bhp from its 5.2-litre, mid-rear-mounted V10, has a sequential gearbox and hydraulic ceramic disk brakes. 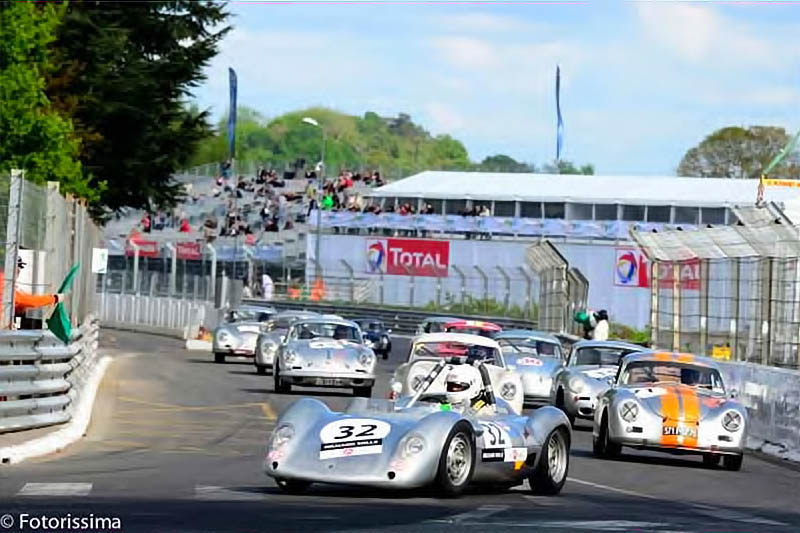 The Grand Prix de Pau Historique is a traditional curtain raiser to the event in Monaco, featuring large grids of old tourers, sportscars and single-seaters battling it out over Pau’s notoriously narrow and sinuous street track. 21 classic Porsches lined up for the Trophée Flat-4; an armada of Minis three-wheeled round during their race and Cobras came to the fore in the Trophée Phil Hill. 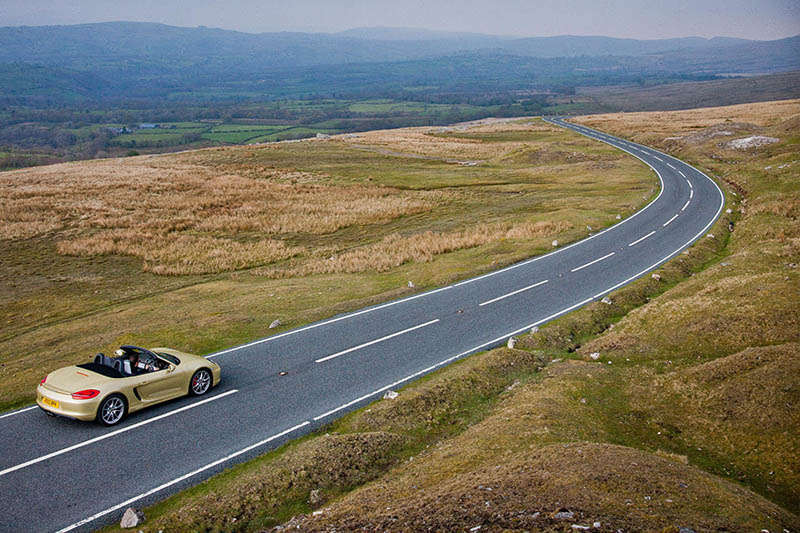 The third-generation Porsche Boxster is now hitting the European forecourts: the lighter, longer and wider drop-top also has larger wheels. Europe now just needs nicer weather to make it worth buying one… 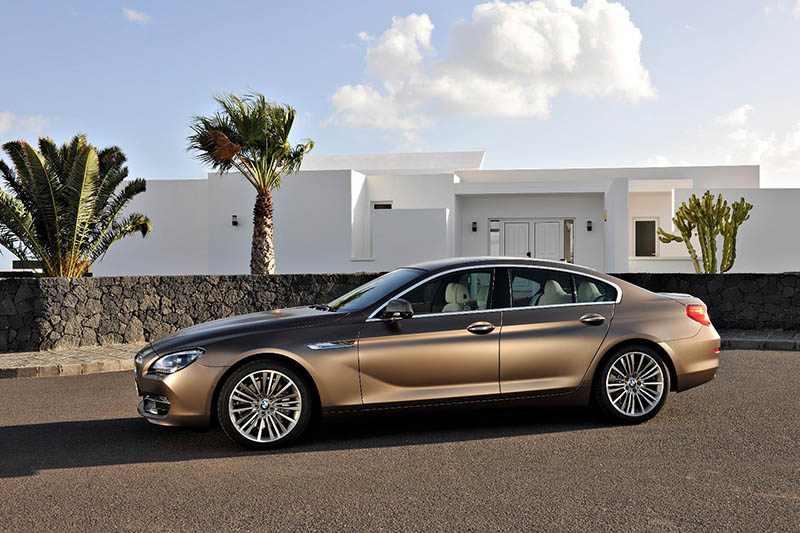 BMW’s first four-door Gran Coupé is also being pushed this week: the big 650i has a 450hp V8 up front and has an eight-speed automatic transmission. An M Sports package will also be available. 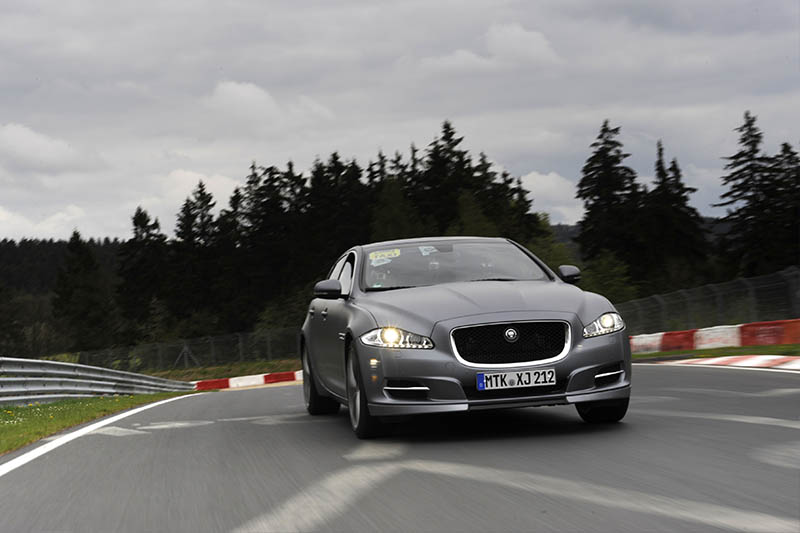 Jaguar have added to their fleet of cars at the Nürburgring Nordschleife engineering test centre with this 500hp long-wheelbase XJ Supersport with Sport and Speed Pack options – to be used a taxi. No ordinary taxi of course, but a stripped-out, roll-caged ‘Ring Taxi for their driver training programme. The 5-litre supercharged V8 has a top speed of 174mph – and no fare meter… 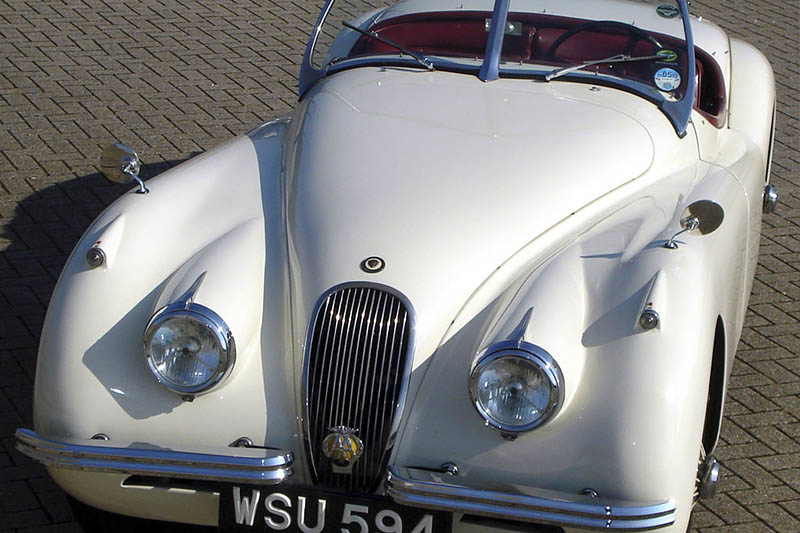 On the heritage side, at the end of May Jaguar are also headlining the annual Baron’s Jaguar Heritage Sale at the Sandown Park horse-racing course in the UK. This magnificent 1954 XK120 Roadster tops the bill, and is backed up by a prototype 1968 MkII 3.8 Sports Saloon and ‘as-new’ 1972 S3 E-Type. 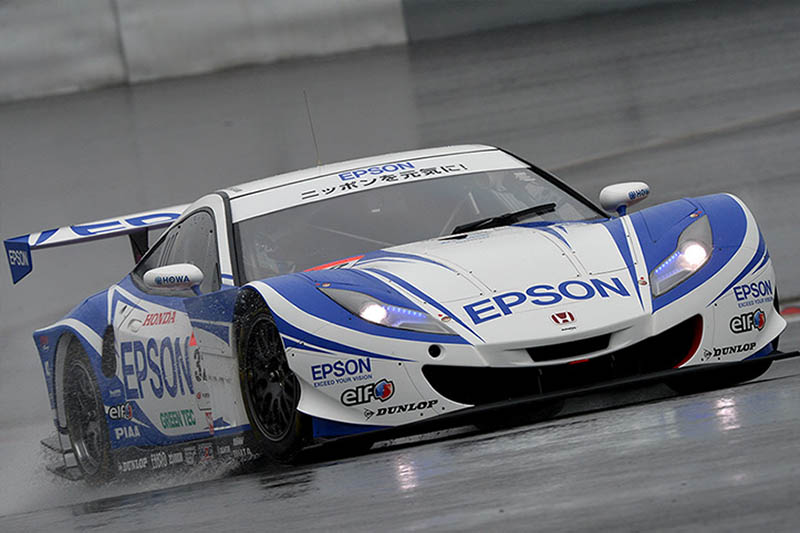 The Japanese Super GT series held its second round at Fuji: in GT500 pole position was taken by #32 Epson Honda HSV-010 driven by Ryo Michigami and Yuhki Nakayama, and the GT300 class by the #11 Gainer Dixcel Audi R8 LMS driven by Tetsuya Tanaka and Katsuyuki Hiranaka. 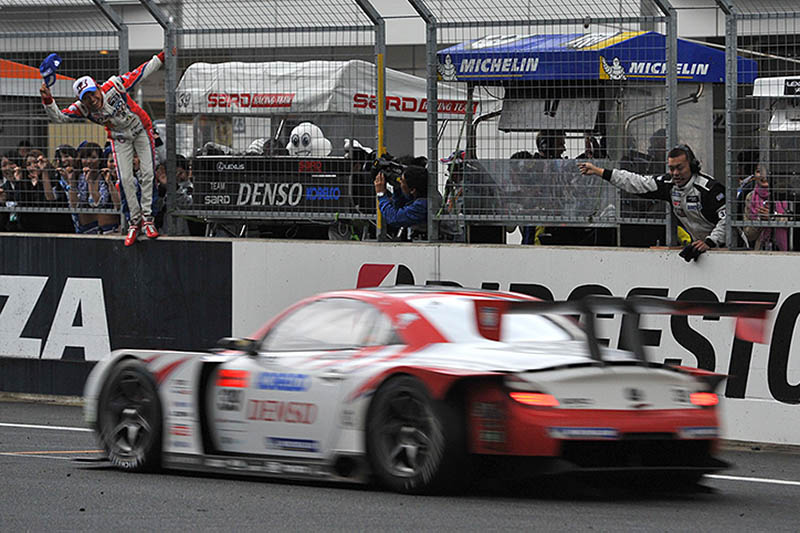 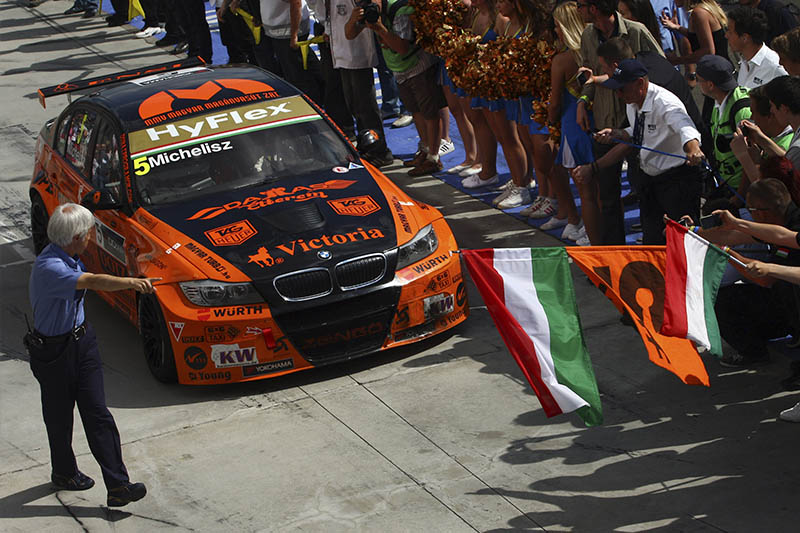 The World Touring Car Championship raced at the Hungaroring last weekend, and after the obvious Chevy victory (and clean sweep of the podium) in the first race, local star Norbert Michelisz sent his fans wild with a win in the second, reversed-grid race. 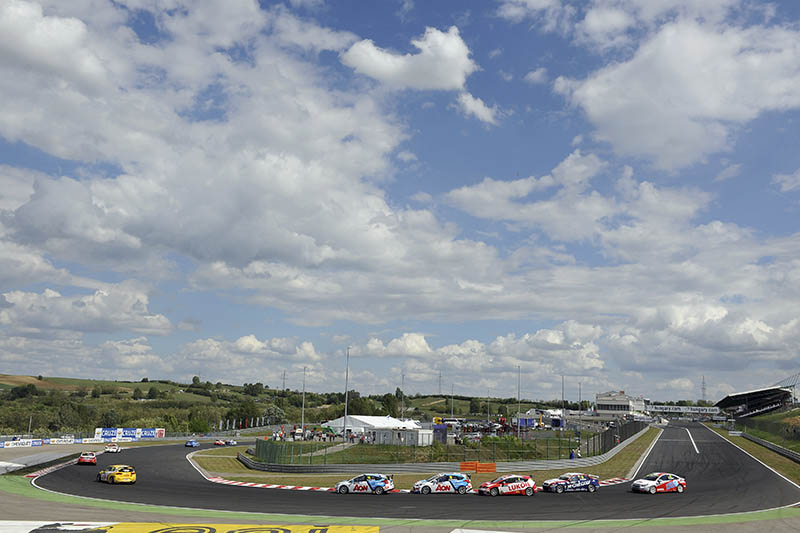 Chevy’s Alain Menu was the highest Cruze, taking second, the final podium place was taken by another BMW, that of Moroccan driver Mehdi Bennani. 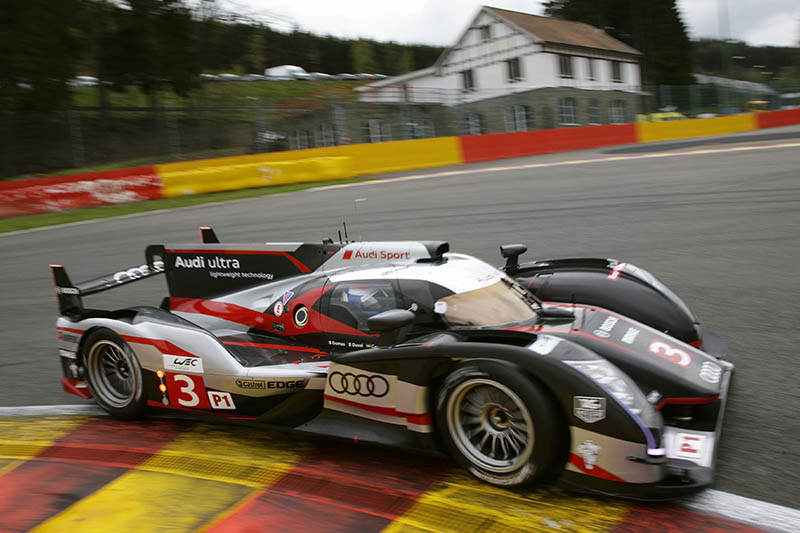 Less of a shock was Audi claiming the first four positions at the second round of the World Endurance Championship at Spa-Francorchamps in Belgium. In the end the Ultra version beat its e-tron Hybrid sister to the victory, meaning the race to take the first hybrid win in LMP1 is still on. 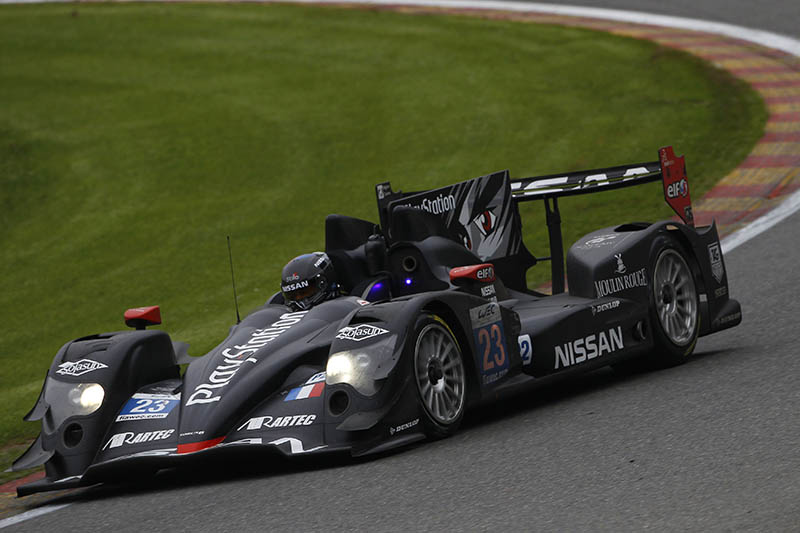 Nissan cleaned up in LMP2 with an Audi-esque level of dominance: the Jota Zytek-Nissan finished nine laps off the winning R18, but had the ADR-Delta ORECA-Nissan and Murphy ORECA-Nissan close behind at the end of the six-hour race. 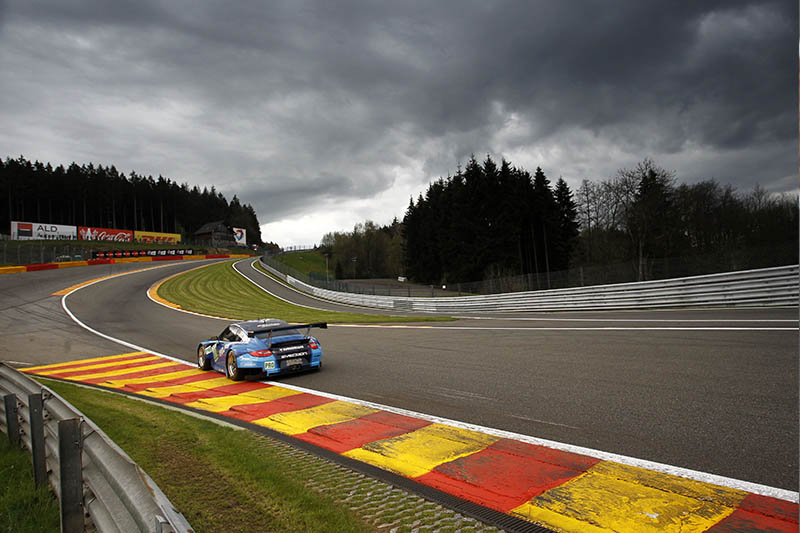 In GT, the Felbermayr Porsche of Richard Lietz and Marc Lieb held off the AF Corse Ferrari to win, despite a hard-fought battle all the way to the flag. 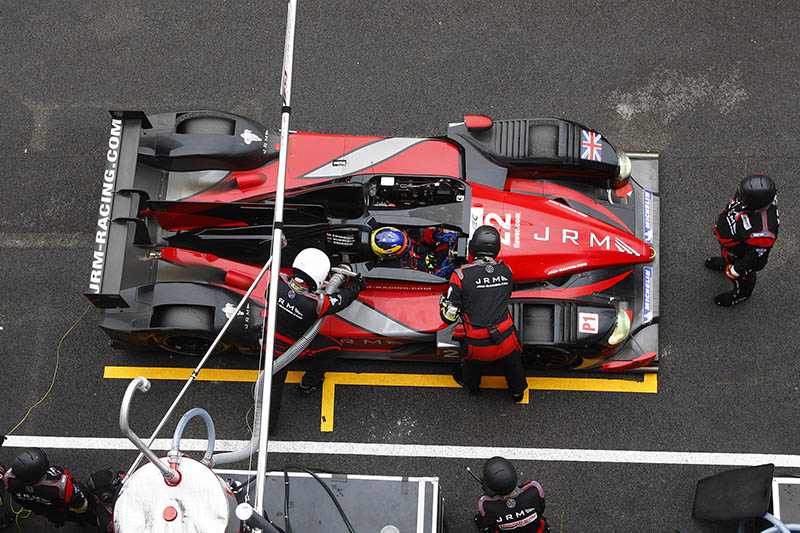 JRM had a poor start to the race after Karun Chandhok crashed the car on the sighting lap before forming up on the grid: cold tyres caught him out at the top of Eau Rouge and the HPD spun into the barriers, damaging the right of the car. The team effected emergency repairs and managed to make the start, eventually finishing 12th. 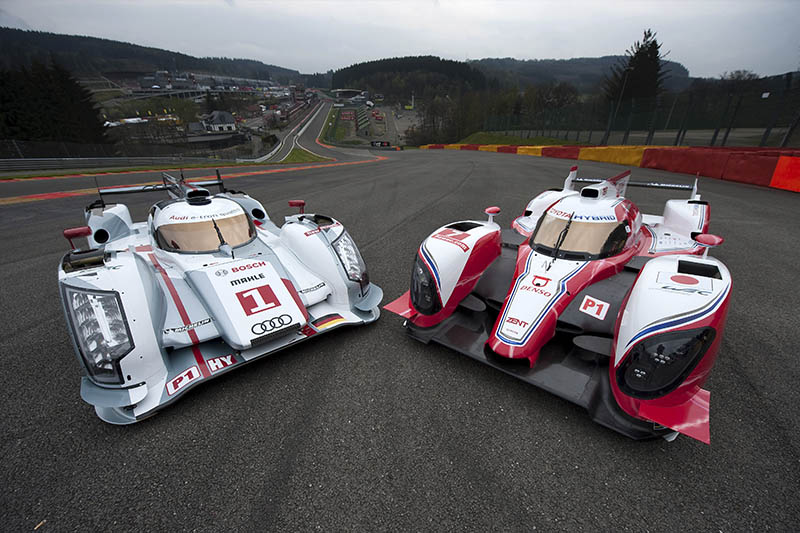 Although they didn’t race, Toyota did bring their TS030 to Spa, where it was lined up with an R18 for a photo opp. Toyota have also released footage of their recent successful test at the Magny-Cours circuit in France. It’s very strange to hear the car powering out of the pits purely on its electric motors. Very sci-fi! 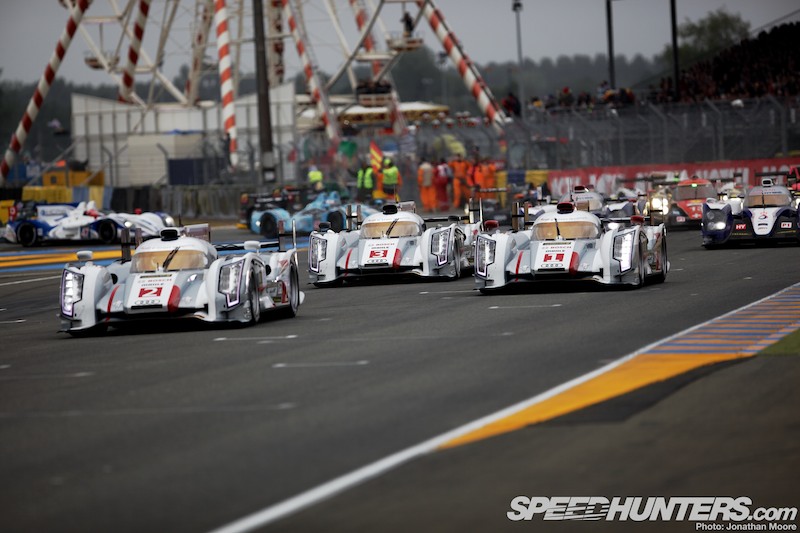 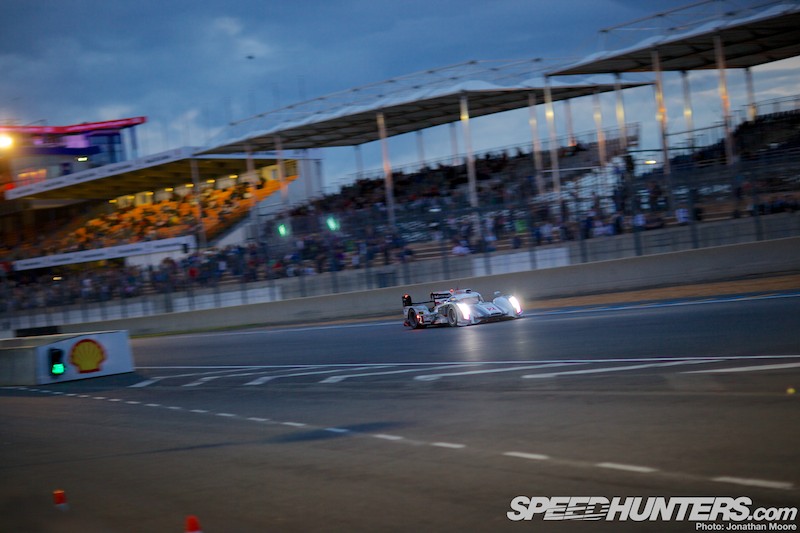 Oh come on, there are places in Europe where the weather is consistently nice, you just have to look around a little.

Bruno Spengler is the best