Yes, that is a pair of 30mph speed limit signs with a KP30 between them. It only occurred to me afterwards what I’d done. When I asked Rob if the fully-functioning, thermostatically-controlled oil cooler had ever proved vulnerable, he answers: “I’ve easily done 10,000 miles in this and the oil cooler has been there since I put it on the road. I’ve not impaled any kids or animals, or damaged it… So it must be a safe bet.”

When I wrapped up part one, I was teasing you with tales of engines and Japanese-sourced differentials. So let’s get down to the real story of how this KP has evolved over the last six years since Rob first built it up.

The interior and paint are just about the only parts which haven’t changed.

“The engine was initially the original 998cc 1K, because it was my daily driver. Then I spotted a 4K engine out of a KE70 Corolla for sale on the Driftworks forum. So I dropped that in and it went quite well.”

Rob knew that ultimately only one engine would do for this period-inspired project, and that would have to be a 5K. “They came in Toyota Lite Ace vans so they’re quite rare in the UK. Then I spotted one for sale in London, advertised as a good engine.”

To slot a Lite Ace-sourced 5K into a KP30 you really need a Starlet sump. But the seller had used the existing sump which meant clearance was an issue. “The sump had kissed the crossmember, which in turn had caused a hairline crack. The engine had run dry and spun a bearing.”

As any true Speedhunter would, Rob rebuilt it and made it better.

What he’s also done is even more subtle if you’re not familiar with the 5K engine. Normally it’s mounted on a slant, so the carbs would sit level. Trouble is the carbs would then foul the inner wing on the KP and Rob didn’t want to go cutting them about. So custom-made engine mounts mean it now sits upright.

Despite appearances it’s actually a K50 five-speed box on a custom mount with a superlight flywheel that you’ll find under that TA22 Celica gearknob.  Fake wood grain? “So money,” as Rob says…

Under the bonnet the bay has been painted in protective style – not for show, but more to make sure this baby Toyota is still pounding the streets in another 30 years. Rob converted the front struts himself to run coilovers. These have been re-valved and shortened three inches, including all the internals. Those top mounts? KW Suspension World Touring Car pillow ball.

The one thing that confuses most UK drivers is just what make and model the KP is.

Rob’s pure white respray is still looking good after six years and the only badges you’ll see are on the boot and dashboard. Rob deleted the door mirrors too, resisting JDM wing/fender mirrors. From Mk2 Escort to Fiat Coupé, Rob has heard them all.

On the front, the Compomotive CX three-piece rims are 13×7.5in wide. When it comes to the brakes they cover, Rob has fully rebuilt them with just the addition of fast road pads.

At the back the Compomotives are a touch wider, nine-inches wide to be precise. Finished with gloss red centres, they really don’t look out of place with the overall finished style of the KP. Clearance can be a bit of an issue though, even with the pulled arches. We guess that might have something to do with the de-cambered rear springs.

Hiding under that boot floor is a great story that shows just how far Rob has come since his early blinkered days of being a one-make man. We’ll get him to explain: “I put it on my blog that I was looking for a limited-slip differential. I turned one up in NZ and another one in Ireland – one needed rebuilding and the other was an unknown quantity. Then Koji Iwasa from Cha Cha Racing Family in Japan got in touch. He’d seen my request, bought one on Yahoo.co.jp and even sent me pictures and measurements. He then put a video up on YouTube of him spinning it with his hand… I was like, yup, I’ll have that then.”

When the diff arrived, packed in with it were rare stickers and magazines, so Rob duly sent a goody bag back to Japan of UK-sourced stuff.

One other thing that Koji packed in was the TRD capacitive discharge ignition unit you can see here on top of the transmission tunnel. Rob just smiles and says, “I’ve got no idea what it does, but they put them on all the fancy race cars which made it cool enough for me.”

Rob probably does know what it does; he knows a lot of things. Take a look at his blog, or as he calls it, “Project jesus christ I should really get a life and stop dicking about with old cars as nobody is impressed”. Well we are Rob, so carry on.

For us his KP is a massive mix of style, influence and observation that works so well. Sat in that low-back Cobra bucket seat, with a TRD harness holding you in, you could almost see the world from here… 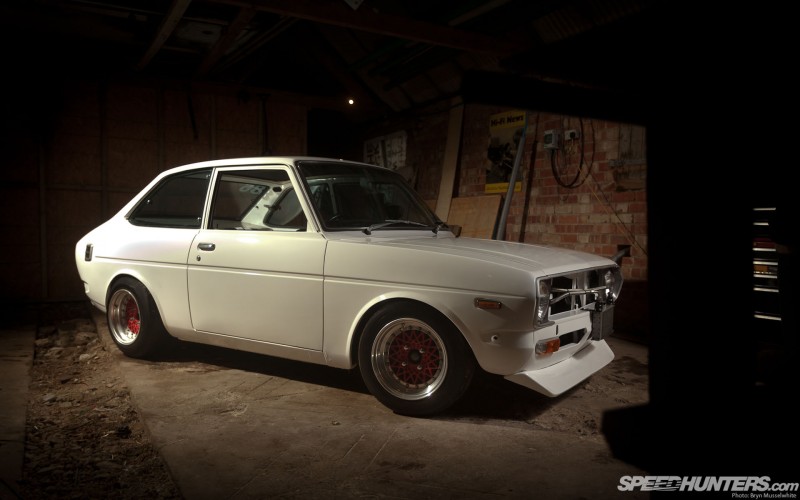 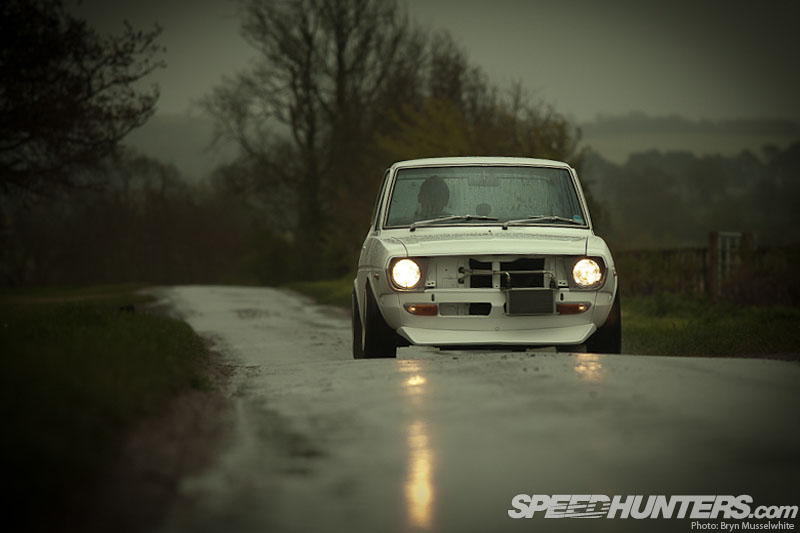 Robs car is just bloody awesome!  So much passion built in to this machine.  Too much!

Btw guys, my bro just launched a social site.  Meet some chicks if you will:  http://www.comiingle.com

i absolutely love this car!

Classic performer. How much hp at the wheels? I am guessing 150whp.

Awesome looking machine with some really nice touches. For me it NEEDS a front grill to finish it off but that's just my opinion though

What an awesome car and Rob seems like a great guy, any chance there could be more coverage of his other projects?

@RickNice Would be lucky to be pushing 120rwhp - more than likely even less.

@RickNice That's not to say it wouldn't be an awesome car to drive!

@RickNice Absolutely! I would drive it whether it have 20hp or not! Sweet

Love the story and the car.  Appreciate the style and work and the whole bit about getting help from someone on the otherside of the world, them throwing in some goodies, sending some back, that's what it's all about.  That brotherhood of enthusiasts, rally, endurance, drift, drag, stanced, 4x4, the whole gamut, we're all in this together and sites like Speedhunters, that give all the different voices from the automotive world a place to come together like a beautiful song of engines, is just what the car community needs

That was all stupid but I blame the Tuesday night drunkenness lol.