Once again the Falken Mustang driver, Justin Pawlak is on top, with the rest of the season ahead of him to fend off last year’s champion Daijiro Yoshihara and everyone else on the Formula D grid. I had a chance to sit down with JTP while he was still reeking of victory champagne. I told him I would not video him, so left my lens cap on and recorded our conversation.

Larry: You are on cloud nine right now, but for a moment just bring us back to the beginning of the event.  What you were feeling and what were you going through?

JTP: Going into this event I’ve had a lot of outside distractions, I just moved my shop, I just bought a house, and I’m having a baby. I’m trying to liquidate stuff and move heavy equipment, and lift, and move all this stuff…it’s been pretty time consuming and just stressful in general.

I really haven’t been able to focus on drifting.

JTP: Coming here this weekend felt like a vacation, because it’s been so stressful just trying to make the new house “our house,” and making it livable, and getting it ready for my child.

JTP: I think that kind of played into my attitude throughout the week, and I’m just like, “okay, you don’t have to worry about anything else”. I can just worry about what’s at hand and focus on what I need to do.

JTP: Especially coming off of last year, it was a heart breaker for me being so close to a championship.

JTP: Even despite an engine problem, a clutch failure, so much *** talking on the internet…

JTP:  but to be able to still have an opportunity to be so close and have a shot at the championship and just have it slip through my fingers from just the lack of focus in that final run against Darren McNamara.

JTP: I think one of you guys caught an image of me with my head between my legs that’s…

JTP: …I seriously looked at that image quite a bit this off season, cause I wanted to remind myself DON’T make that mistake again, because I could look at that and remember what I was feeling and how shitty I felt, and it’s like I knew why I lost that run–I just pushed too hard.

JTP: I had an advantage, I tried to just put the nail in the coffin when I didn’t need to.  I could have just run a conservative run and i would have moved on and I would of had the championship and you know, that really helped me out this off season.

JTP: My goal was to come out with a win today, and to be able to do it, is kind of surreal.

JTP: Going into practice on Friday, I thought about these other guys that are getting to practice during media day and whatnot.

JTP: You know, we had a big field, a lot of cars, didn’t really get a lot of practice.

JTP: I was fortunate enough to have a good team to give me a good set up right off the bat.  We left a little bit on loose sides so i could just kind of feel the car out and not have to really push it driving-wise.

JTP: We were able to put down a good qualifying run, top 5 in qualifying is a great way of starting it out.  we had the advantage of having a lead run in each battle for the most part and I think that definitely played to our advantage as well throughout the weekend.

Larry:  How many hours did you get…?

JTP: Well i got a full 8 hours which was amazing.

Larry: Lucky *** (I had three hours of sleep the night before)

JTP: I felt fresh you know?  As I’ve been working from 8 to 2-3 o’clock in the morning and then getting back up at 8 o’clock and it’s been rough.  But like I said, it’s kind of like a big vacation if you can call it that.  I know I’m here to work but it was a pretty relaxing weekend and I was really able to focus.

JTP: Going into my first round against Ross– I’ve been watching him this weekend and I knew he was pretty middle line.

JTP: I knew i had a good opportunity to beat him and we moved on past him pretty easily.

JTP: As for Kyle Mohan–he’s kind of a ..he can definitely throw down some crazy runs.

JTP: It definitely felt good to move past him as well.

JTP: I’ve never gone up against Chris Forsberg in my professional history.  I didn’t really know what to expect.  I know he’s a super consistent driver. He steps it up when he needs to step it up so I knew that I was going to have to be on point if i was going to move past him.

Larry: He is your Drift Alliance Brother!

JTP: Yeah he’s my Drift Alliance homeboy.  There was a pretty intense battle.  He was definitely the closest to me on my lead run and I felt the pressure.

JTP: He was right there and I could see the orange on the front of his car.  It was right at my door and I was just like “okay..

Larry:  Out of the corner of you eye?

JTP: Yeah my peripheral.  And I knew that you’re going to have step it up on your second run, you’re gonna have to stay right on his door, or, he may get the win, or you’re going to go one more time.

And you know what? My tandem this weekend was probably the best tandem I think I’ve ran.  I was able to stick close to the guys.

JTP: And it kind of came out of nowhere to be honest cause in practice I was kind of like wishy washy i wasn’t really on anybody’s door.  I was laying down some good lead runs but my follow runs were just not quite on.  But i was just really happy to be able to step it up when I needed to.

JTP: Definitely.  I actually didn’t even graze the wall until today i think
Larry: I noticed.  yeah.

JTP: I told myself, don’t be worried about going up against Matt Powers.

JTP: Well to be honest, the middle of the day i was kind of feeling like it wasn’t going to be “the day” but something just clicked and we just were able to really….i don’t know I just I just i kind of got in the zone again and I can’t really remember what it was but something just clicked and I was like okay I’m back I’m focused.  Even throughout the battles I started to doubt myself a little bit but I really slowed myself down and got refocused.

JTP: After the battle with Chris, I really had a lot of confidence coming out of that.  Cause I knew it was going to be a really tough battle and nothing against Matt but I felt like i was definitely going to take the win there.

I knew that I have the card to beat him, I was running a really good line, on my lead I actually threw a little more flick and underneath the bridge to just gave a big angle.

JTP: I knew Matt’s a stylish driver.  So I can still drive like that when i need to.  And I threw a big flick in there and really aggressive and I knew on his lead run he was going to do a big flick too.

JTP: So i tried just to stay on his door and i cleaned him out of the sweep or just door to door with him. And again just some great battles today.

JTP: And then being able to go up against Dai.  He won the championship last year about six points ahead of me.  He definitely deserved it.  He’s a phenomenal driver.

JTP: Dai is a great guy, super dedicated to the sport, has tons of heart.  I love watching him run.

JTP: he’s super consistent guy, but I definitely wanted to beat him.

JTP: He got that championship last year and I just I want to walk away to beat him and start off the season the way we start off last year in hopes that we can do what we did in the end last year.

Larry: So any other thoughts?

JTP: I want to thank my family, my wife, my baby boy to-be, my parents.  Obviously all my sponsors, BC cams, ASD, Ford Racing, Falken tires obviously the biggest and thank God for giving me this opportunity. 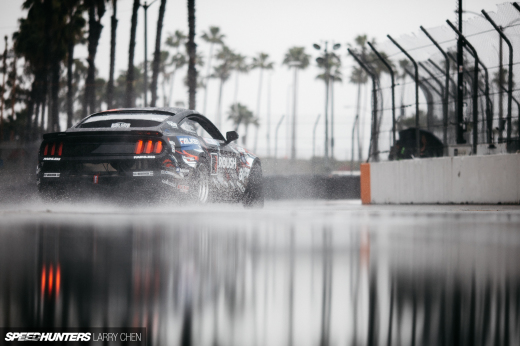 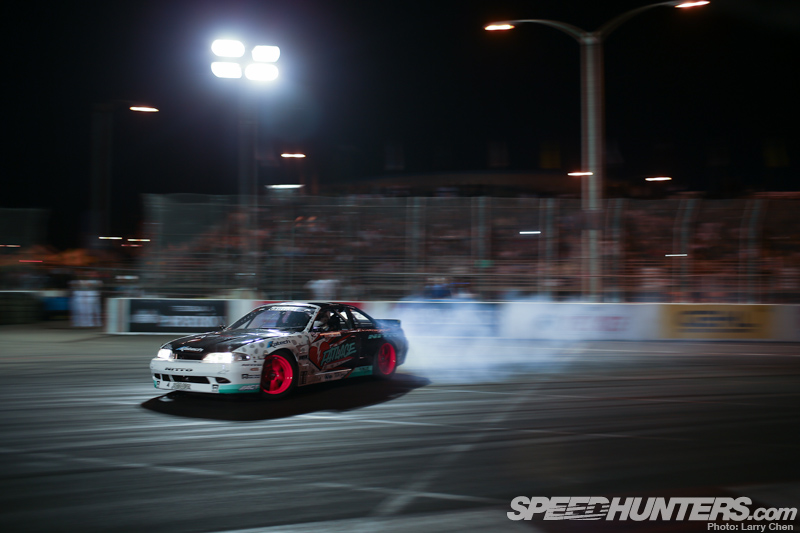 desktop for tandem with forsberg please..

nice article. JTP's perspective was the right one to share, not just because he won, but after everything that happened last year.

Solid driving, awesome driver, and for a mustang def cool as shit.