It's January 5th and that means it's time to celebrate the last of the S-chassis cars, the S15.

As expected, the S15 had the lowest numbers by far in reader ride submissions. Maybe there would be more if Nissan didn't decide that the US wasn't worthy of this car? 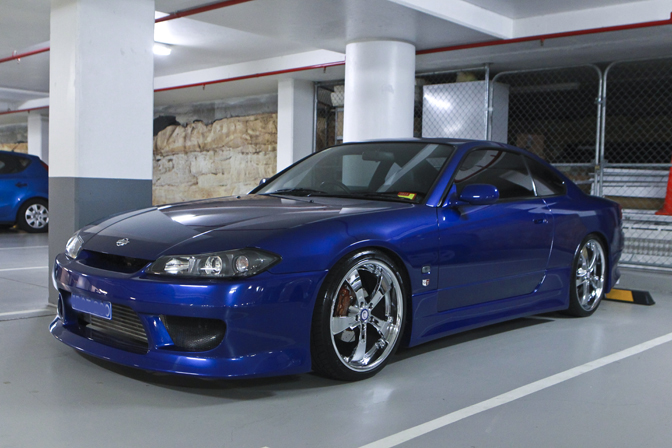 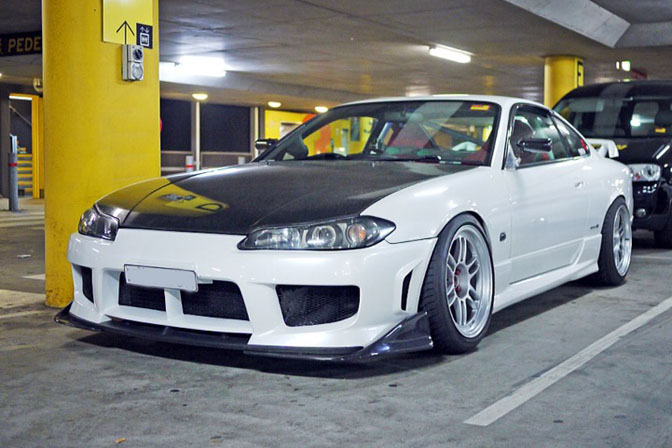 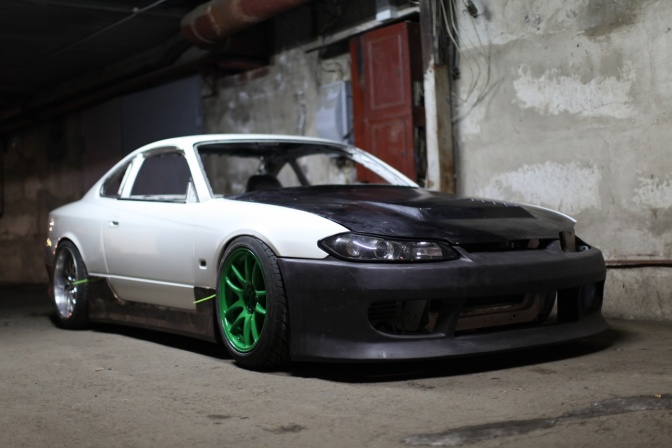 Vasiliy Drovalev, Naberezhnye Chelny, Russia
That will wrap it up for the S-chassis readers rides this time. We knew we wouldn't have time to post all the cars sent in, so we simply went in order of when they were recieved.
If you don't see your car here, that doesn't mean it wasn't worthy. Thanks to all who participated!
-Mike Garrett
ADVERTISEMENT

I love s15, wish I get to own one at some time. this is one that is in Jamaica currently: http://www.wheelsjamaicahost.com/wheels_forum/index.php?topic=149931.0

the S15 for me is probably the most pretty of the S chassis....if done properly!

Love my s15, imported one from Japan 2 months ago.. drives like a dream

Rob Meulenbroeks, The Netherlands.. tht wrong the is an IRISH s15 not netherlands

Thanks for the add Mike !!!

Are they r34 rear quarters on the black s15 from Darwin?

you havent seen s15's till you see teamS15 in sydney, australia

lol only one in the US.

@Pinky: correct, I bought the car in Ireland. Thats where I took the photo.

I'm currently waiting for my Dutch licenseplate and swapping in a RB25DET.

if theres so few S15's why didnt you throw in some of the other S chassis cars that sent there stuff late. i sent my car picture in literally 1 minute late, so lame im slow at re sizing.

I'm glad the USA didn't get S15s. Most of them would be riced or crashed by now.

Didn't know the Aussies were so into S15s. Then the one random American one, nice.

lol why is that last one in there?

I didn't even know this was on, I would loved to of submitted my S15

why dont u just put up the rest of the rides that didnt get picked into a post then? s-13-14-15s all together

Why, oh why can't we get this in the States. I would much rather have one of these than even the BRZ. Also, with all your RWB obsession, why not post the RWB S15? Still one of the best out there IMHO.

Thanks for the showing of the pic!!! She is still a work in progress and has 21k original kms!!!

I think the Silvia could be one of the best cars ever made.

A small article I wrote for the Silvia community in Singapore.

Dean Chans s15 for the win

Australia is possibly one of the worst places to modify a s15...and they are detuned from the jap models.

Sweet!! Car made it up there! Happy S15 day everyone!

S15's should of came with a bigger motor like a rb20. Why? The gtr shouldn't out shine everything. But that's just me

I think that last S15 is better

Australia actually has ALOT of tastefull s15's. they are as common as a excel here.

@ Francisco Oritz, Dominican Republic - steering wheel on the left side? way to go!

like everybody else i wish i had a s15 but are the legal in the states?

Also my car is a 02 with 21k kms on it bought brand new from japan in 02, it was customized by Cwest in april of that year and than shipped over to my country i am its second owner, previous owner is a friend of mine, it has an HKS GTRS turbo, Injectors,intercooler kit, Exhaust, Spakr Amplifier,Cams, only thing not hks is the PowerFC. Drivetrain was til not so long ago full HKS coilovers, but fornt gave awaya, now has TEIN superstreet dampers, Tanabe Sway BArs, INTIMA Brake pds with EBC Slotted Rotors, 324mm front, stock rears, fornt also has GTR Brembo Calipers, Full Teflon Bushnig kit. and rear camber kit. Runs on Volks TE37s 18x7.5 and 18x8.5 just as volk suggestesd +30,+38. Have some Rota grids im gonna paint which are a bit wider so will try those soon. As for the LHD it is a very, very complex process, but it turned out immensely well. Read the article above and you'll get a sense that it works as wilkerson tested a LHD R33

Russian is LHD and is Best!!

Damn, I would have told my friend to submit his 2JZ powered street driven S15....AND he's in the states, haha.

Read on for explanation

Russian is LHD and is Best!!

The second last s15 is probably the best one in there, painted carbon fibre doors, built p12 sr20VE 20v going in, cage, brides, enkies. Going to be one hell of a track car if he ever puts his wallet down and starts driving the thing