My earliest motorsport memories all involve Fords. Sitting on top of a stranger’s garden wall as a field of Escorts passed by at full tilt is something that leaves a lasting effect on you. Whether it was the MKI or MKII, the Sierra or Escort Cosworths, I always felt a strong emotional attachment to the Ford cars.

It was something that came about in conversation as John gave me the grand tour of Ford’s own Heritage collection.

I can only speak from my own experiences, which have been biased somewhat if I’m honest, but of all the major car manufacturers I’ve always thought Ford has had one of the most loyal communities in its owners. For me, Ford have always been a manufacturer for the working class man.

They’ve constantly turned out cars that not only appeal but also remain attainable to us common folk. They build potential giant slayers for relative pennies and have a history of interesting and important cars.

As John and I continued our walking conversation around the premises, we were joined by one of the mechanic’s who works on the heritage fleet, Ivan Bartholomeusz.

Ivan has the rather enviable task of taking care of the fleet and ensuring everything is as it should be. Oh and he also gets to drive the cars regularly and he wasted no time in telling me what it’s like to drive a GT40 around Goodwood …

It wasn’t just the workshop floor area that was full of fascinating and interesting little things – the offices were a Ford collector’s heaven.

John told me how the crew from the Made in Dagenham film raided here for props for the final movie and when the film crew returned everything they included a couple of extra things they had made as a thank you.

One of the things that I’m sure everyone asks is this – where do they get all the spare and replacement parts to maintain the fleet? Does Ford have some of super secret warehouse which is under armed guard full of original Ford parts?

The answer to that question is no.

If the part can still be got through Ford, this is the obvious route they take. However, if the part is a little harder to source – which lets face it, they usually are – the heritage staff will seek out what they need the old new fashioned way.

By involving themselves within the Ford owners community, be it via online message boards or real world activities, they can harness this collective power to source what they need. If that doesn’t work, there’s always eBay.

After an hour or so of just walking around and quietly exploring the area, I shook myself off and started photographing everything I could.

It makes me weak at the knees just even thinking back and even now I still can’t believe I was actually there. It was such a surreal experience to be surrounded by so much history.

It’s not just the variety of cars present but how each of them are special in their own right.

The eagled eyed amongst you will recognise the RS02 FMC registration as it was the original Ford Focus RS press car.

This yellow Escort Cosworth is one of the first production examples and it’s even been on Top Gear.

Here’s something a bit different. At first glance it looks like another Transit Connect …

Inside is a pair of Recaro seats and a full roll cage because this isn’t just another Transit Connect – it’s the lovechild of a series one Focus RS and Transit Connect and features all the engine and running gear of the former. This is the same company who brought us three iterations of the SuperVan, so to be fair this relatively tame in comparison!

… beside Bjorn Waldegard’s MKII RS1800 Escort. This car with Waldegard at the wheel won the 1979 Acropolis Rally whilst in the famous blue and yellow Rothmans colours. There are actually quite a lot of interesting stories regarding these old works Escorts as they evolved through the years and changed colour schemes but I’ll save that for another day.

The collection features such a variety of cars and vans that it’s difficult to comprehend it all.

How many of you know of this original 4×4 Capri?

… to the one where it all began, the Model T. Who would have ever known when the first Model T rolled off the assembly line, what an incredible legacy of important cars was to follow.

I asked John why weren’t these cars in a museum and his rather simple reply sums up Ford and their history in a nut shell.

‘Cars are meant to be driven.’

I just want to add a massive thank you to Bryn Musselwhite for setting this up and to John and Ivan for their incredible hospitality and their kind gifts.

The Ford Heritage Collection on Speedhunters

The SuperVan on Speedhunters 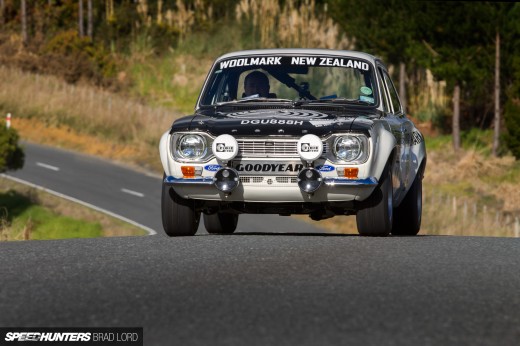 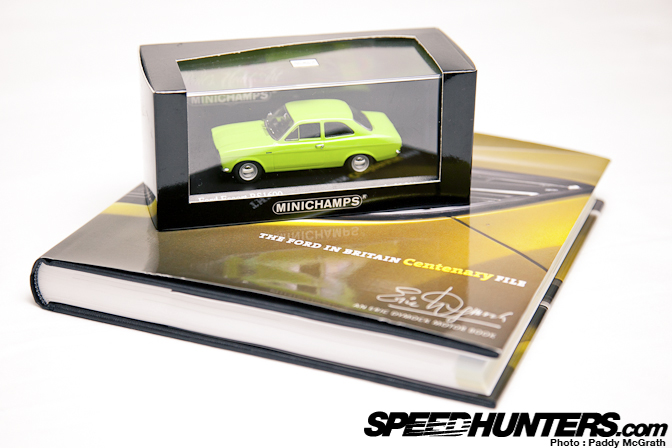 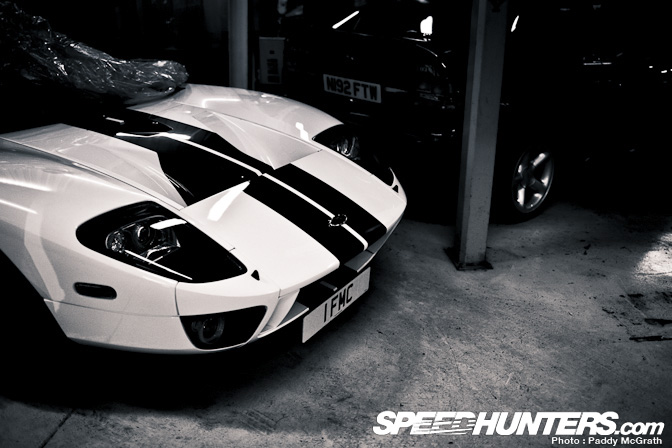 If I was there it wouldn't be so serene, as I'd be squealing like a giddy schoolgirl.

If you have ANY spare pics please make another post!

Black and white is very over-rated. Awesome cars, though.

still cant help but think that the U.S. has the best collection of fords out there.

these strange RHD vehicles look so foriegn to me.

NTM escorts here in the U.S. are rare only because there are so few running.(huge P.O.S.)

I'll take a classic from the states anyday

It's a pleasure Paddy, it seemed a fair swap for a sticker and facebook profile pic. One day we'll break out the Martini Liveried Transit and do a European road trip.

But I swear I will never forgive you if you don't put some desktops up.

Seriously, I think I know where to pass my future vacations.

I think that quote sums up why there is a Speedhunter in all of us and why we have so much respect for classic's that aren't just trailer queens. Every time we see a car in a museum, show, or movie, what's the first thing we think? "damn imagine that going down our favorite back road or just cruising in the summer sun?"

Because "cars are meant to be driven" there's no other way to put it...

Why ultra high contrast black and white photos? Why not color with normal contrast so we can make out the cars better? Yes they're very nice and artsy, but I would like to see the cars and not shadows

next you should visit Nissan's heritage collection!

"My earliest motorsport memories all involve Fords." amen, dude. desktops please. i could look at these pictures all day.

agree with Henry.. would have loved to see color

Is this some kind of sick joke?

If any of this were true, surely Americans would have been included in the fun, and we'd all be Ford fans.

The Escort we Yanks got was "chastity on wheels", a guarantee of extended bachelorhood without the perks.

The mustang was fantastic, until 1969. Sometime after that, it became a way for poor, out-of-shape guys to intimidate the wealthy.

No. This article can't be real. I simply can't believe I could've ever been a Ford fan.

sinic, you don't fully realize the gems in that collection don't you? Just a reminder: these are EU Fords: they exist both in RHD and LHD, and some are part of a group that america doesn't really know - great fords made after the mid-seventies

Any chance of a full gallery of colour photos?? Thanks for bringing these cars to the public, they're amazing and I wish there was a full feature on every single on detailing its history and stories regarding!! I'd like to see some more shots of the Rothmans Escorts and any RS500s in there. Amazing cars

Perhaps Ford could release a coffee table book with a short story on each vehicle and some great photos shot outside in the light and out from under the plastic wraps.

Nice pictures, but I wouldn't mind some color. The yellow Escort Cosworth looks awfully white to me.

I WANT BIG VERSION OF PICTURES.

Please can we get wallpapers of some of these. Especially the Mk1 Escort under plastic.

Desktops of the the entire Heritage Collection please!

Man, do the other big corporations have heritage collections such as this? Chrysler, GM, Toyota, Nissan, Etc.?