It was a Sunday but not just any Sunday. This Sunday played host to the seventh round of the 2010 British Touring Car Championship at Silverstone. The BTCC always runs with the support of other racing series' and this round was no different as the touring car grid was joined by the Porsche Carrera Cup. The second race of the Carrera Cup was screened just before the final BTCC race of the day. As I watched the action unfold on TV, I flinched as the number 15 car was suddenly travelling backwards towards the wall. I remember the impact being much heavier, but finding this YouTube clip shows it wasn't as bad.

Skip forward a week and Silverstone was playing host to final of the 2010 JDM Allstars Series. As the media made their way to the infield for the morning practice session, I tripped over what I thought was a rock but quickly realised otherwise. Immediately I remembered the crash from the previous week. Somehow, the full lamp (complete with intact bulbs) found itself in the back of my van and made its back to Ireland with me. I often find small souveniers trackside – usually pieces of carbon fibre and once there was a recently ejected conrod – but never anything so complete.

It's looked great on a shelf in my office these last 15 months or so but my overwhelming Irish guilt has won out. So, if you happen to be the driver / owner of #15 and would like your brake light back just let me know.

I was just keeping it safe, honest. 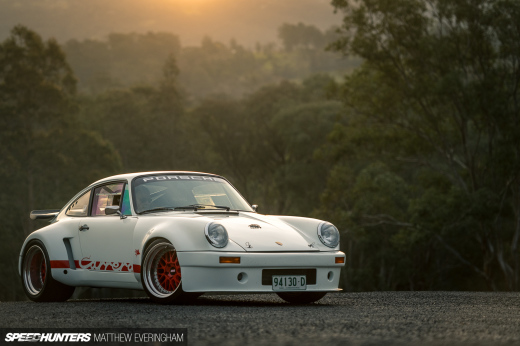 I'm not the driver but if you don't find him call me !!

Can I have it? It could be the start of my Porsche build, got to start somewhere lol.

HAHAHA nice , i want it if you dont find the pilot

I think, it would look well on my desk!

Cadir.....Porshe? Its Porsche, Paddy is right.

I know a guy who attends most F1 events and has an amazing collection of bits, but there is no way he'll ever let them know he has the parts. Wheels, suspension components, carbon undertrays, full nosecone, etc and yes, I'm jealous.

If that guy doesn't claim the light Paddy, I'll keep it safe if your feeling guilty

4 years ago I was with my son at the Montreal F1 circuit and we found some carbon fiber remain of Robert Kubica car, 2 weeks after the race.

I like the idea. I'll do some wreckhunting next time I'l be on circuit.

Still wondering about your 27" iMac´s backgrond. Cool backlight by the way

Lucky you! Normally as you say, you can find pieces, crashed pieces of cars. I have been race stewart for the last 4 years and I have to say I just have 2 souvenirs from the many races I have been in. Well, should be 4 but one i gave it away because it was not very cool and I didn't wanted a Suzuki Superbike Speed counter as I thought the team would need it.

And my souvenirs aren't as cool as this one. Normally we can't keep anything, but if the team does not claims for it well.... you can keep it.

And you have been even more lucky if we think about that Marshalls we love races and so if we can keep something, no doubt we will.

So, well done for you and enjoy it much

Thanks everyone for sharing your own experiences / acquisitions!

In Part 1 I showed you guys my picks for the most visually appealing photos from the past year. Now, on to my most impactful and best story-telling photos of the year.