The weather couldn’t have been any better. The morning had a sight chill in the early hours before the race and there wasn’t a cloud in the sky. The cloudless sky continued even when the sun came up. There wasn’t a hint of the Georgian heat throughout the day and the temperatures were more than comfortable. Not too hot and not too cold. Perfect weather for 53 race cars to thunder away for 10 hours at Road Atlanta for the Petit Le Mans.

It wasn’t the cleanest of races. Ten different course cautions happened throughout the race which slowed the action down considerably. Let’s take a look at the day’s results.

Spoiler alert: If you haven’t seen the race and plan to, we’d recommend not to read any further.

Team Falken Tire didn’t have the best of weekends. They were plagued with tire problems and they also started the race from the pit lane after not making it to the grid on time for the recon lap which put them in the back of the field. But the team was able to battle their way up the field and finished fifth in the GT class. A good result considering they started from the back.

More on Team Blue and Teal’s struggles in the coming days.

Tommy Milner and the #3 Corvette retired early in the race because of a failed gearbox. It was a rather unfortunate end to the season.

The bad luck didn’t just stop at the #3 Corvette. Neither Audi finished the race. The #1 R18 retired due to a not-at-fault collision with one of the Peugeots in a heated battle for the lead. The #2 car retired because of steering problems from subsequent damage after a collision in early stages of the race.

But enough about the unfortunate teams. Let’s talk about the winners. The #51 Ferrari took the GT class win. The #45 Flying Lizard took second and the #55 BMW walked away with third.

Congratulations to all the winners! 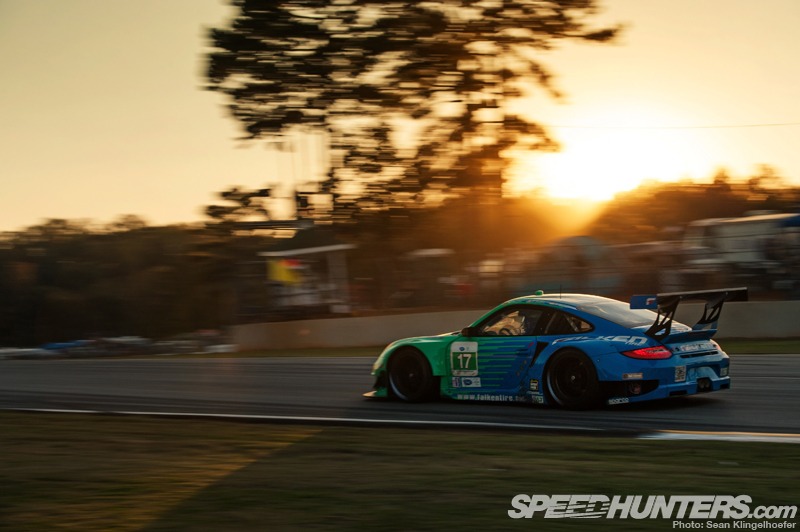 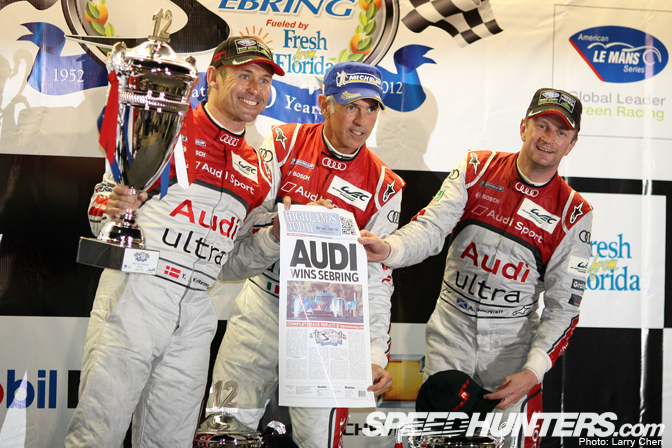 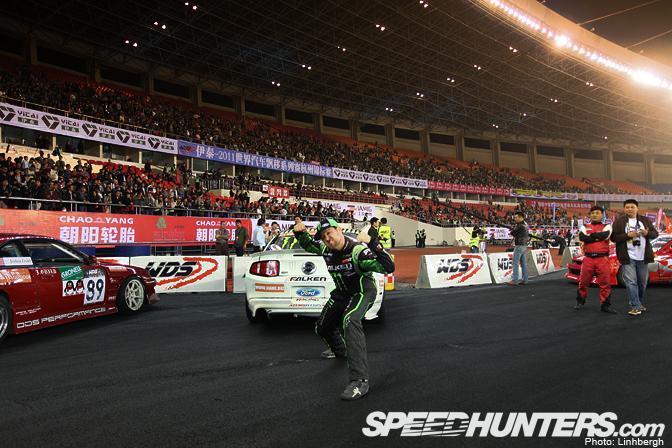 The Peugeot never hit the number 1 Audi. Just putting that out there.

The #1 Audi hit the TRG GTC Porsche, the Peugeot made no contact. Although the Audi team, including Wolfgang Ullrich, still thought it was necessary to cause a scene with Peugeot in the pit lane.

The #1 Audi hit the TRG GTC Porsche, the Peugeot made no contact. Although the Audi team, including Wolfgang Ullrich, still thought it was necessary to cause a scene with Peugeot in the pit lane.

A desktop of both the Audi and the Vette would be awesome.

The Audi was at full fault there. they didnt have enough overlap for the Peugeot to have to give way, The Audi could have avoided that collision with the Porsche if he wanted to. The Peugeot did to the Audi what the Audi did to the Porsche, moved over expecting it to be clear, and the rear visibility is pretty poor in those cars. Im just glad the Porsche didnt get caught up in it and become a casualty as a result of the big boys playing.

Actually IT WAS HIT- lets speak clearly here-fire up that reply-if you watch it again- THE PEUGEOT did turn toward the left to close the door on the (I must admit overly agressive incoming Audi just as he was besides him and and the Porsche (what we formely knew as GT2 was involved as well) I love how people try to cover up for the teams that you root for. I say- call as it is- I was yelling at the Audi- personally I thought the move was a bit too agressive- but the Peugeot DID turn left and DID strike the Audi.

Agreed, I would have to say the audi definitely was at fault..

Who were the ABC TV announcers? I know one was Johnny O'Connel.

Peugeot didn't close the door at all, it was a left hand corner and he had sensibly gone wide to avoid the GTC Porsche. The Peugeot moved over a little (remember he was wide line), but hardly closed the door. Dumas over-reacted a little and clipped the Audi, but if you watch the replay the Peugeot DID NOT hit the Audi. Dumas should have been more aware of his surroundings..... and for the record, I am aAudi fan, but also an ex-racer.

Linhbergh - while your photography is absolutely stunning, your reporting isn't.

Please send someone like Brooksie, Jonathan Moore or Andy Blackmoor next year for some real coverage with substance

...oh yeah, and take a look at your qualifing post. I would learn how to spell two of the big star's names in future.... It is Tom Kristensen and Stéphane Sarrazin