After what must have been the toughest and closest fought drift event I've ever witnessed on these shores, James Deane eventually emerged victorious in the Low Brain Drifter's PS13. The event which saw some serious upsets during qualifying came down to a final between James and our own D-Mac. However, upon initiation Darren cut the first turn slightly, damaging the sump of the Need for Speed '86. Shortly after the escaping engine oil erupted in a lick of flame before extinguishing itself and with it the life of the 13B engine. That's not to say James had it easy – to meet Darren in the final he successfully defeated Driftworks' Phil Morrisson with only two forward gears working.

Be sure to check back for detailed event reports and both Darren & Fredric's views of how the event went down in their own driver blogs along with who took home the overall 2011 Prodrift Series title. 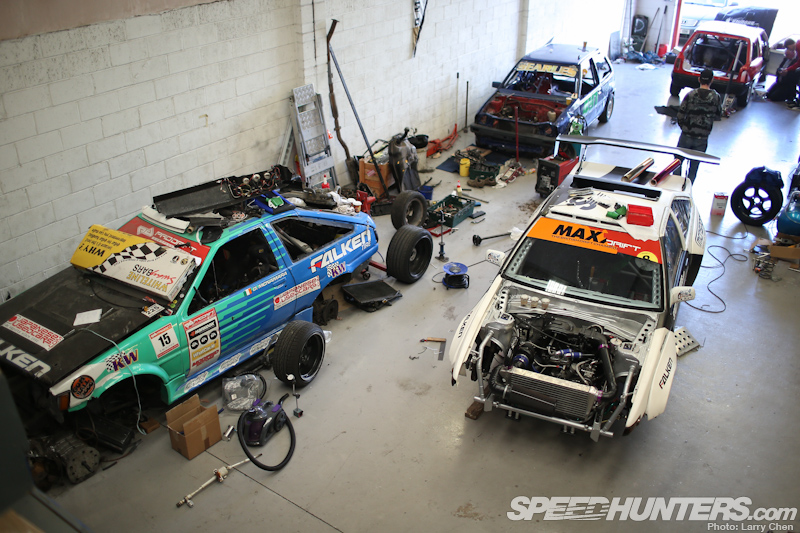 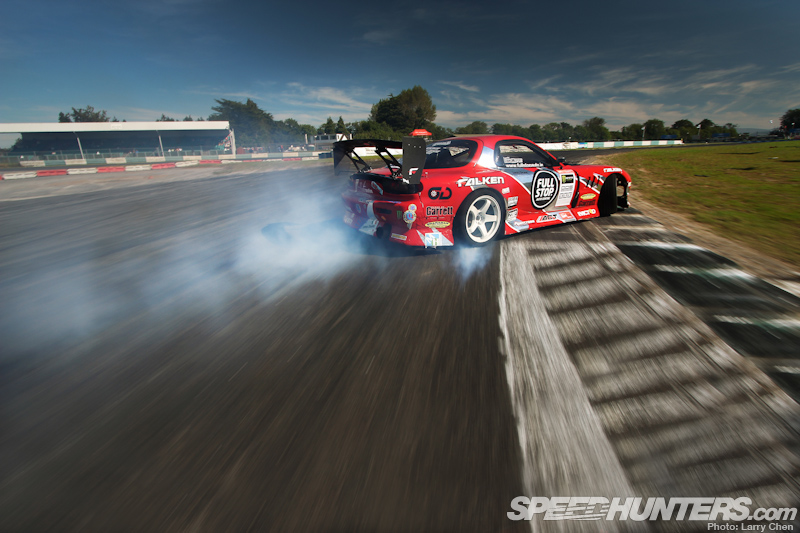 Through My Lens: The Scene At Mondello

WHY IS JAMES DEANE NOT IN FORMULA D, HE WOULD DOMINATE OVER THERE IF GIVEN THE CHANCE LIKE HE DOES IN IRELAND AND EUROPE, ITS A REAL SHAME, SOMEONE FROM FD NEEDS TO WAKE UP AND GIVE HIM A FULL SEASON DRIVE

Give it up for the 4CYL!

Nice. was rooting for aasbo and the supra, but good for deane. really like his car too, but im a supra die hard. XP

Beating the Uks very bes with 2 forward gears? Shows justs how far ahead irish drifters are!!

Ummm....Barry? He gets his ass handed to him in Formula D. That's why he's back with you.

I think that's a pretty unfair statement - James actually done pretty well in FD on his debut at Long Beach, even eliminating D-Mac in a car which wasn't particularly well setup. Given time and experience I'm sure he could compete with the best of them no problem - PMcG

how come d mac took the win from dai with straighting twice and dai only puttin one wheel off and they said two . seems pro drift aint fair at times and that proves it yesterday . i know dai was a guest driver with no particular gain from the day but 2000 people saw d mac drive very poorly against dai and one wheel not two ???? can anyone explain that , dai was amazing cant wait to see him again

We'll hopefully have something online today, lots of coverage to sort through - PMcG

Barry I think you left your caps lock on, exclamation mark does the same thing.

I'm pretty sure James Deane is currently driving for Samuel Hubinette in FormulaD in the VLEDs Mopar Viper.

james deane simply needs to go to formula d now,he must be getting bored of beating everyone all the time in europe

Personally I'd like to see Falken UK's Matt Carter compete on a level playing field against Deane. Carter's car and tyre combo are just not competitive enough at this level.

Just To Sat That the judging yesterday at prodrift was a disgrace, the favortism of the irish was huge. There was no way that Daijiro Yoshihara was beaten by Darren Mc Namara.. And im Irish By The Way!!

any pics of d flames

I love the fact that most people still use the ENGINE THAT CAME WITH THE CAR (or at least same manufactuer) unlike FD. However, being an FC owner, D-mac's '86 is a nice exception to the rule

Keep Silvia's 4-cyl, keep JZX's 6-cyl, and keep RX-7's rotary. Many more examples, but i just hate to see cars lose their souls with a swap of their heart

I think it's unfair to say James would dominate. He might be competitive, but I don't think he could throw the veterans off.

I never said he would dominate but he is definitely capable of holding his own. I'd love to see what he could do in a capable car - PMcG

Check out my Youtube Channel for Videos of ALL the top 16 at Prodrift Mondello Park at the weekend. Heres a video. i will be uploading a new video every so often. IN HD!

The irish drift scene has thrown out a lot of top class drivers,some havent even had the chance to shine with the favouritism on the prodrift panel of judges.Dai beat Darren hands down.Nice pics and coverage Paddy as always.

@ Paddy....He's in a championship winning car. What else can he have? Hes holding, but not shining. Same reason the FD drivers don't shine in D1. Different levels.

You clearly were not watching if you can't understand it and think its a disgrace! Judges called it spot on as they normally do! Dai clearly puts two wheel off and you cant argue on that FACT, after that it doesnt matter how straight D Mac drove the run is over. Sick of listening to uninformed idiots talk about how bad the judging is in Ireland considering most never have a strong or valid arguement.