Uh oh. We seem to have a slight problem for the month of September. In some ways it's actually a good problem to have, but for me it's a pretty stressful dilemma. You see, we simply do not have enough Speedhunters to cover all the events that we want to.

This period of the year is always busy, with various championships hitting their peak along with key events taking place all around the world. Most of the team have already packed the suitcases we'll be living out of for the next four weeks, and here's a teaser of what we'll be serving up. Mind you, it's a long scroll down to the bottom of the page!

For this month, we've tried to pry ourselves away from the obvious attractions…

…Because you never know what you might find hidden away in a corner. One such discovery was a gorgeous Lamborghini Silhouette at City Performance Centre in Sydney, Australia. We'll be bringing you that, as well as a tour of CPC itself, in the coming weeks.

We'll take a look at an amazing DC5 work in progress…

…Along with the second part of Titan Motorsports' crazy Supra build.

The Jones family, of Fat 57 fame, have been building cars for many generations. They were kind enough to open up their doors to give us an inspiring glimpse of the world they live in.

…Which was brimming with a diverse range of race cars.

Dino's now back in Japan and has shot an R34 GT-R dressed in Do-Luck's finest.

Japanese tuners are continuing to explore the tuning potential of the CR-Z, so we'll see which path Esprit has taken with their demo car.

…That literally pokes out of its chest.

Luke Fink, the former BMX world champion, is also known as one of the most aggressive Australian drifters. Dino will bring you a feature on the APP S13 that he now steers.

We'll take a look at one of the big surprises at this year's World Time Attack Challenge. Would you believe that this Evo, which claimed three trophies on its way to winning Open Class, is actually still street registered?

…So we'll be delivering a comprehensive feature on the creation that just keeps getting crazier.

We'll be busy in Europe too. One event that is on our calendars is of course, Edition38 XI.

…For Trax. This monster event incorporates an arena for motor sports, tuned cars in addition to a live arena. Rumours have it that ex-Stig Ben Collins will also be doing some demonstrations.

As you would have seen in Rod's recent announcement, Team Need for Speed will be embarking on a UK/Ireland tour, which includes the BDC round at Trax…

…Followed by Pro Drift at Mondello Park. Expect to see Darren McNamara at the helm of the rotary-powered Team NFS 86…

…And Fredric Aasbo in his Toyota Supra.

Ross will certainly be overdosing on European drifting, as he'll also be on hand at Wembley Stadium.

If you're on the opposing end of the spectrum and prefer grip to drift, then we have the Time Attack Series final at Snetterton…

This month we'll revisit the Donington Park Motorsport Museum, which is an astounding racing time capsule.

One of the articles I'm most looking forward to however, is Paddy's spotlight on a piece of F1 history: the McLaren MP4/5B.

This Redbrick Racing Ginetta is one of the many cars we spotted at the Fast Car Festival, with coverage from that event coming shortly.

Jeroen, will be bringing you a bunch of spotlights from VW Fanatics, and will also be attending IAA for the first time.

…While Dino – having tested the ISF upon its release – will evaluate the new model. Have the updates made it a better car?

It's been a couple of years since my last trip to Asia, so it's certainly long overdue. I'll be dropping into Changi's Terminal 3 to spend a couple of days Speedhunting in Singapore…

…And along the way I'll also be making a short stop in Hong Kong too.

You'll probably know of Blu808 by their FD Corvette, driven by Luke Lonberger.

This month Mike Garrett will show you what they're all about, having recently popped by their garage.

Mike will also be wielding his camera at Billetproof…

…And I can't wait to see the cars he picks to do spotlights on.

…Which is sure to whet your appetite.

Indeed if cars of an older vintage are your thing, then you'll dig Mike's spotlight on this Porsche Carrera RSR 3.0…

Linhbergh will be trackside when ALMS takes over Laguna Seca.

Tommy Milner, who is part of the Speedhunters family, has been having a fantastic year. He'll report in on his experiences in Monterey.

You can find cars racing in the most desolate of areas. And this month SCTA will engulf El Mirage for some land speed racing.

Personally I've never been to Goodwood, so I'll be looking on – rather enviously – as Jonathan and Paddy cover Goodwood Revival.

Paddy's schedule is certainly packed. On the weekend of Goodwood Revival he'll dash off to shoot at Wembley before making it to the Players Show on Sunday.

To coincide with the unveil of Porsche's 991-model 911, Speedhunters will take a look back at Porsche's incredible racing heritage.

We'll also be hand picking our Top 20 iconic Porsches that – deliberately or unintentionally – shaped the brand into what it is today.

Part 1 of our discussion on the rules and regs in motorsport revolved around Formula 1 and it was great to see the debate continue into your comments. This month, we'll be bringing you two more parts which focus on other forms of racing…

…And covers a range of important topics on what's working, what's not, and what should be implemented.

The panel we selected carries a wealth of motor racing experience and the ensuing discussion is a great read for any racing aficionado. On a side note, I'd love to hear whether you like heavier weighted articles such as these Discussions.

So there you have it, an overview of what you'll be seeing in your browser over the next four weeks. Mind you, we're keeping some of our cards close to our chest, so you can expect some surprises along the way! 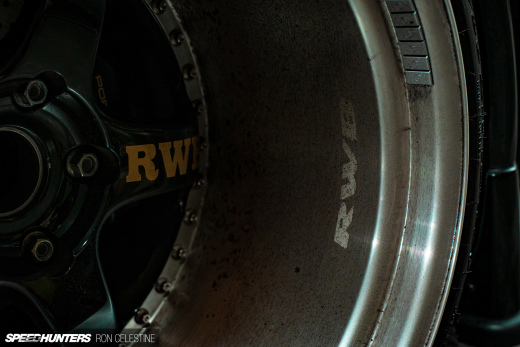 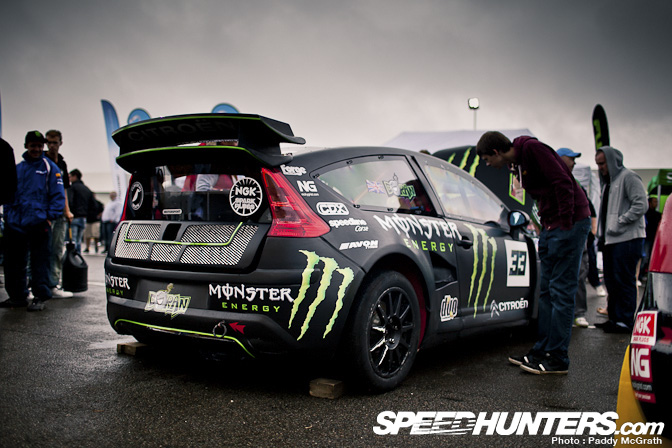 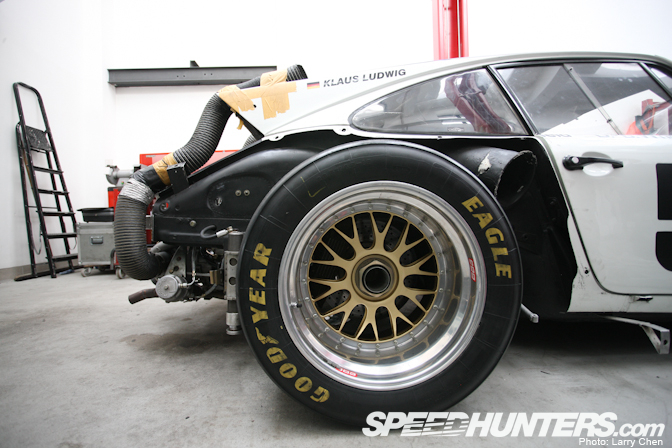 Lol when i saw the title, reminded me of iced earth's cd... Bring the good stuff people

So much to say but instead i will just say that dev.speedhunters.com is my homepage .... as of now !

We have been trying really hard to get in touch with you, we are HUGE fans and Speedhunters are an above all inspiration for our own small media outlet based here in Sweden.

Reading this post, I would gladly offer me and my boys services when it comes to the gigantic Frankfurt IAA Auto Expo soon, we got acces on the press days and would more then happy share the material- as we honestly see this as a bonus and "reward" for a good season for us. Read more here:

Just hit me up with a E.mail at info@superiorimports.se and Iam certain we could help you provide the rough material for some of the big revelations that will be on location there.

Oh and more importantly, it would be our greatest achievement if you took a look at our movie from the Gatebil Event in Sweden; we gave it everything we got to provide one of the best movies ever from this insane event. Please say what you think:

I follow the SH team day in and day out, Iam sure our paths will cross sooner or later...

Thanks in advance, best regards:

Awesome! Love it! I love the awesome variety of cars, the opinions, the one sentence posts, to the in-depth discussions. From car building, to photography discussions (I don't own a DSLR and don't plan to, but like to read about it), driver blogs, interviews with builders, all good stuff! Keep it up!

YESSSS!!! A feature on MadMike!

The slammed chevy semi truck behind the pickup in the sixth photo is perhaps one of the sexiest things i have ever seen.

looking forward to all the Australian coverage. Keep up the good work guys!!!

Ohhh yeah plenty of entertainment while I'm at work!! Can't wait on that JDMyard DC5 feature!

That Corolla with the V8 (1UZ?) was at WTAC, as I'm sure you speedhunters know.

The sound ... it was off its head. Just sensational.

On a side note, if you need more Speedhunters, I'm happy to volunteer ...

JDMYard DC5 is so wicked, can't wait to see more of it.

Let me know if you need help covering events in Europe

are you hiring? i speedhunt for food!! it`s serious! =D

Awesome month ahead then to while awy the autumn blues.And trax is going to be epic.

looking like a good month ahead for speedhunters then, im especcially looking forward tp the goodwood revival coverage and i cant wait for the porsche racing heritage retrospectives.

Wow, a Lamborghini Silhouette! You rarely see those.

When you go to Donnington, make sure you find and photograph the two wheel drive dakar motorbike!

Looking forward to this : )

The title came from the 2nd generation Lexus GS commercial!

hi buddy , that is macau not hong kong btw

hell yeah! CPC for the win! please god have the r32/36 golf in there haha thing's a beast

Bring it on! Yay... looking forward to all the installments.

If I may, I would really like to see a new temple of speed article

We have all these car features from people everywhere else in the world except for U.S.

cant wait to see inside cpc i work near the joint and man the cars are unbelievable!

also cant wait to see jings dc5! has been a long time coming

Can I join your speedhunting in Singapore?

Hi Speedhunters, I'm a relatively new reader and would love to see some more weighted articles, the pictures are phenomenal and I love the way you cover topics but sometimes I feel more detail could be covered (from what I have read so far). Anyway keep up the good work and I will be reading with interest!

Yes, we love the heavier weighted articles, they have been great and mean we don't have to search for a smaller underpublicised type of blog for the details....we get a hardcore article on a mainstream site!

speedhunters is coming to singapore

when are you guys coming?