Stephen Brooks has just released this neat video from Knockhill in Scotland, which he shot using three prime lenses (and no tripod). The video's timing is perfect, as Speedhunters is currently assembling a team to attack this weekend's Maxxis BDC round at Silverstone! 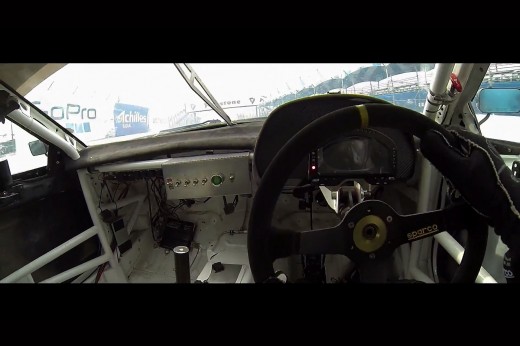 Never Out Of The Fight

Ya, What song/artist was that song? I liked it and it went well with the video!

Is that some Nero I hear in the video? Promises to be exact? Excellent song, and not a bad video either.

The track is Promises by Nero. I had to look it up too - I'll be listening to that a fair bit.

Great Video but the music is very annoying...

What was the song used in this clip? It was pretty sweet.

This seriously couldn't be better, also for people interested the song is promises by nero

According to the description of the video:

what mix is it?

Nice vid, does anybody know what prime lenses he used?

p.s - we added a link to speedhunters on our site.

Is it me or the Euro drift cars are waaaaayyyy better looking that the US ones?

Awesome video again Mr B, and nice to see whats possible without a tripod and such. Inspires me to go out with my camera and start messing about.

Can I ask what editing software you use?