SHARE In The Moment>> A Spectre On The Salt

Any discipline of racing can be considered a gamble. No matter how hard you work on a car to keep it running, there will always be variables that you would've never thought about. The team from Spectre Performance did everything in their power to try for a record breaking run with their streamliner, "The Infidel." Alas, they were plagued with a bug in the transmission and something a bit more major –a blown engine. Since recovering the car, the team has been hard at work putting the the streamliner back together for another attempt to break a record in the early morning.

A bad day will always be a bad day, but when it happens at Bonneville, it really isn't that bad afterall. 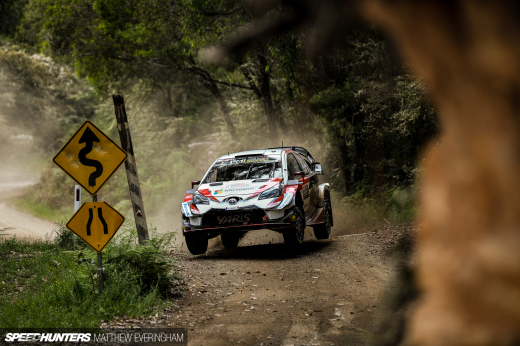 In The Moment: Nothing Can Prepare You For WRC