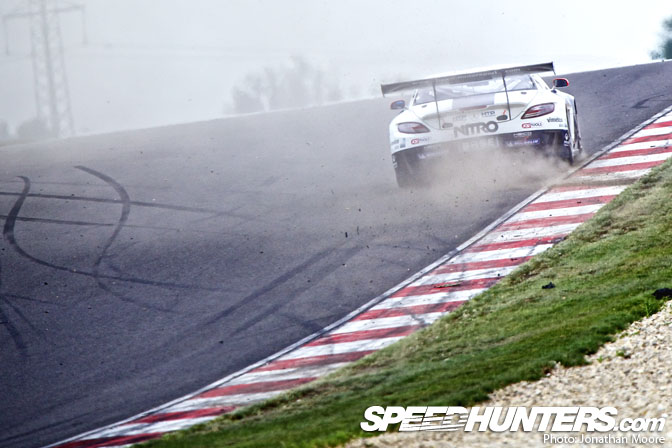 For all the first-time visitors – drivers and photographers alike – the Slovakiaring has been quite a surprise. Looking at the track map, you could be forgiven for thinking that it's super-sized go-kart track with a bland set of switch-backs on a billiard-table smooth landscape. It couldn't be further from the truth… At the 6km the track is the longest on the calendar and has a series of challenging fast sweepers interspersed with completely unnecessary – and awesome – bridge crossover humps that send the car flying. Literally, as we've seen in some cases. 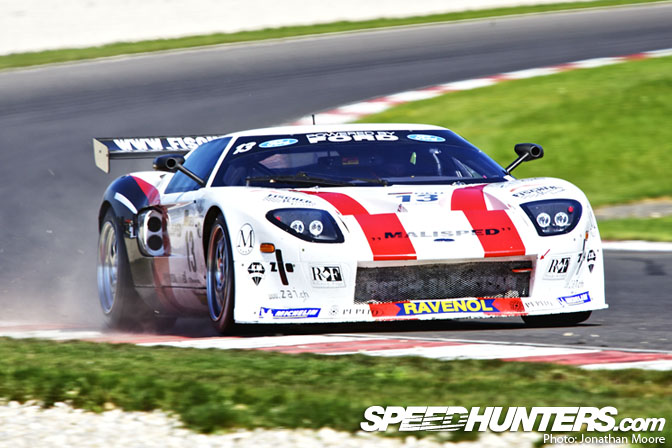 The parched earth from the hot summer temperatures is constantly being thrown up by cars running over the short kerbing – from any vantage point around the circuit you constantly spot puffs of dust rising in the distance as another car has pushed just that little bit too hard. 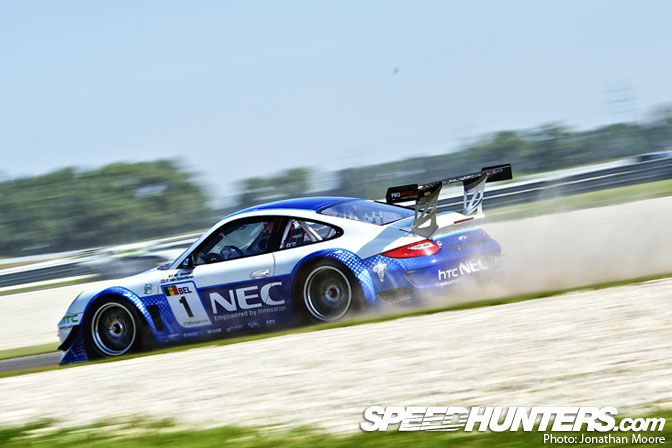 No acres of Tarmac run-off here to save you when you run out of talent – mistakes cost. And your mistake compromises everyone else, as the track quickly becomes covered in a wash of stones and dirt. 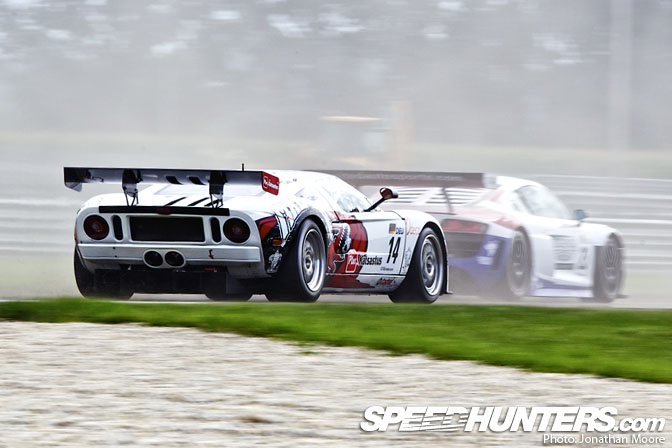 This promotes overtaking like nothing else. It's not that the drivers make lots of errors as a matter of course, it's more that they're not used to tracks which punish the smallest mistake. It's been a rapid learning process. Stray offline and you'll be eaten up and shedding places in seconds. 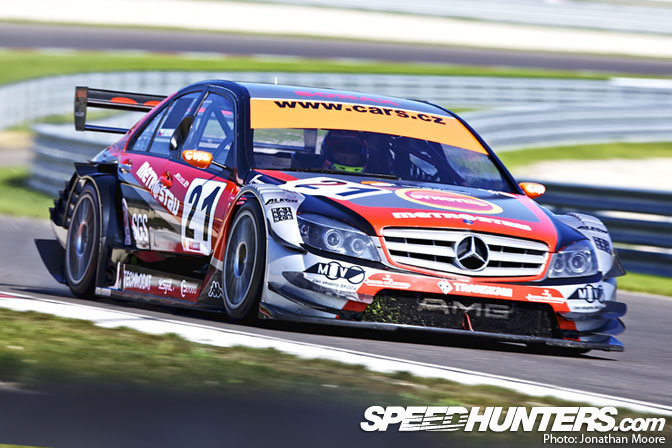 The GT3s are not the only top-line series on show here this weekend: the local CEZ series has an incredible line-up of machinery that has everyone salivating when checking out the cars parked up in the pit-lane garages. Among the 30-odd cars there are a stunning array of ex-DTM, GT1 and GT2 weapons given a new lease of life. I'd forgotten just how fast DTM cars are. Frighteningly so. I'll take a closer look at these in a later story. 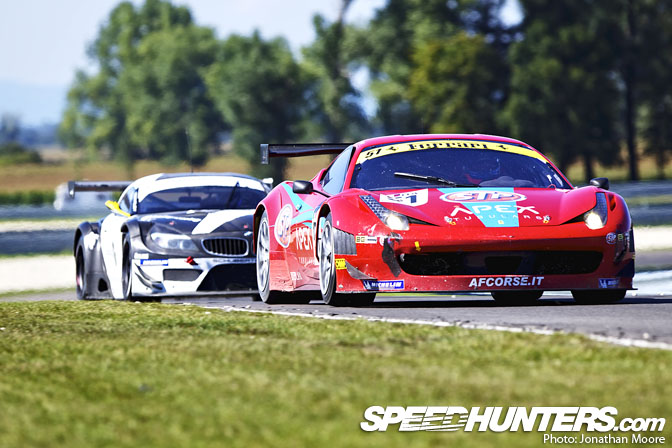 There are three humps of differing severity: some provide nice backgrounds… 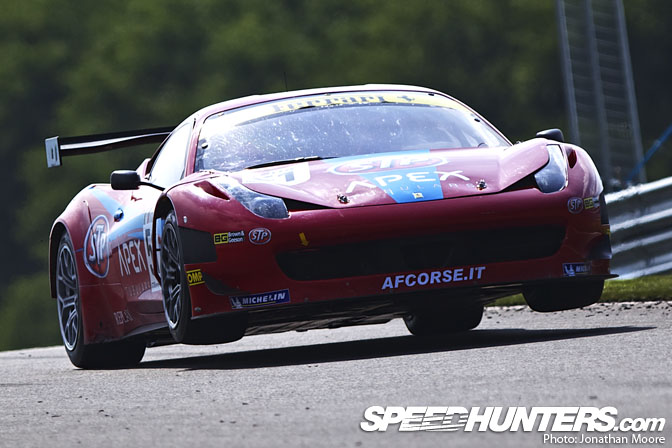 …others backfips – or near enough. As I was taking this shot, an FIA cameraman was shooting footage to show the officials. Because of the amount of air that cars were getting as they crested the jump the entire area was quickly red-zoned – no media allowed in the vicinity, just in case. 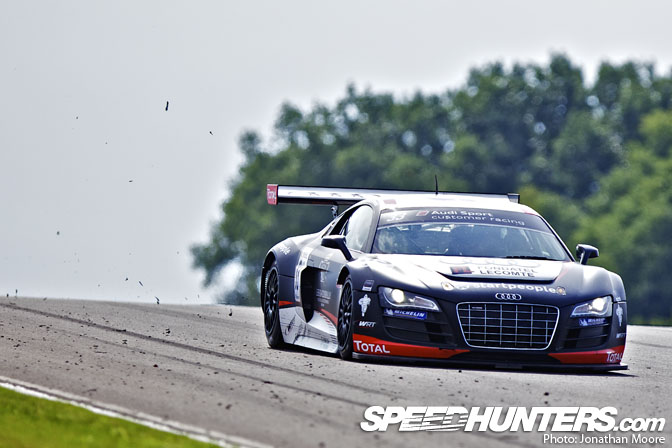 The Porsches and Ferraris were lifting off to varying degrees, and the Audis were all staying to the right to lessen the take-off angle – but then that meant landing on the tyre debris and dust offline, compressing the car hard down onto its bump stops on landing before immediately having to brake for turn three. What a great place! The first action-packed GT3 race was today, with Heico's #44 SLS winning from the #50 Ferrari and #7 Team NFS BMW – if race two is half as exciting it's going to be stunning! There's also plenty more on show around the track to check out, so tomorrow is going to be a busy day… In the meantime, pick up some wallpapers at the usual location.

that footage can be found here http://www.youtube.com/user/gt1world#p/u/7/RDdB1lCm3v4

Wow.. I never knew Slovakia had such a great complex! Great stuff!

Guys, if you are interested, check my pitwalk photo story from yesterday... http://www.topspeed.sk/foto-zakulisie-velkej-ceny-slovenskej-republiky-a-fia-gt3-na-slovakia-ringu.html

Hi, fantastic pictures. I hope You also did some of the Radical CUP races on Sunday or at leas qualify on Saturday. Would be cool to see myself driving nr. 8 on a picture like this

my lake house is 20km away from the Slovakiaring, a beautiful condominio with 7 bedrooms and 4 bathrooms, huge grill, beautiful lake and a small 8m sailing boat. If anyone interested feeling the Slovakiaring personally, get in touch. The condo is free for rent and cars can be rented also. From fast street cars to, build time attack cars to pro spec FIA race cars .

Sorry for the content at this point - Slovakiaring is really really challenging - I want more people to spread the word based on their own personal experience.