While Rod and Paddy were out at the Nürburgring and Linhbergh and Larry were on the top of the world, I was in the sun scorched UK midlands for Supercar Sunday.

Walking around the show got me thinking: what in this day and age defines a supercar? Obviously power has something to do with it, but with plenty of cars producing or having been made to produce mega power these days, does that make them supercars? I don't think it does.

For me a supercar has to have a certain X-factor that you just don't get every day. Take this Ultima GTR – forget the fact it was built in a shed around the back of a supermarket in Hinkley, it's outrageous! Looking every inch the Group-C racer, it's not exactly the kind of thing you wouldn't notice rumbling through your local high street, and once you've seen one you're certainly not going to forget it. To back up the looks it has the gut wrenching performance to match: 770HP and holds the record as the fastest production car 0-100-0 time of just 9.4 seconds. That's faster than a Veyron. X-factor!

The Lotus Turbo Esprit was one of the supercars of my childhood. There was nothing very exotic about the power plant, a 2.2 litre straight four that it shared with the Bedford CF van. Even with the addition of a turbocharger, it wasn't particularly powerful, 210HP was all you got. But just look at it! Back in the early 80s, seeing one of these driving by was jaw dropping. It was cheap too, roughly £10,000 cheaper than the equivalent Ferrari 308 with better handling and reliability.

I think 80s supercars were defined by two cars. The Lamborghini Countach LP5000 is really one of the definitive supercars of that era. Everything about it screams supercar! Over the top looks with the numbers to match – 5200cc, 12 cylinders, 48 valves, 420HP and a close to £100,000 price tag when new.

Scissor doors, woeful visibility and a cockpit which was very low on creature comforts, the Countach is by all accounts a bit of a pig to drive…

…But that didn't stop it adorning the walls of countless teenage boys bedrooms. X-factor again.

The other definitive 80s supercar in my opinion was the Ferrari Testarossa. A mid-mounted 4900cc, 48v, flat 12 engine producing 390HP. It certainly had the required Supercar sound and performance.

But it was the way it looked that really did it for me. The Testarossa is not a small car – huge rear arches with the massive air vents feeding the big flat 12, it just looked extraordinary.

One of the prettiest supercars out there I think – the F355 Spyder.

Meanwhile Lamborghini do brutal and outrageous very, very well. Both traits that fit in with the supercar genre.

Is a Subaru Impreza or a Mitsubishi Evo a supercar? I would say they aren't but the Lancia Delta Integrale is a different kettle of fish altogether. Yes, its basic incarnation was a four door Italian grocery getter just the same as its Japanese counterparts. But the Integrale just had something special about it. It was one of the original rally cars for the road. A quick scan of the DVLA register reveals that there are less than 50 of these left on UK roads, so does this have the exclusivity of a supercar?

Not really a supercar but perhaps the ultimate Q-Car of the 90s. At a glance only the little badge on the left hand side of the grill distinguishes the autobahn stormer from the executive saloon. 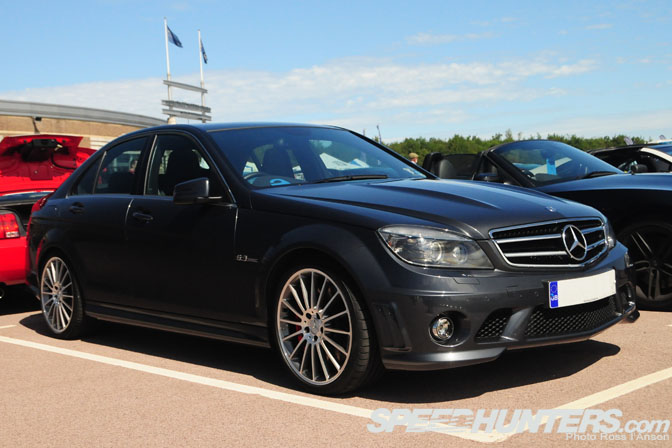 I'm glad to see the Q-car spirit is still alive and well.

Perhaps one of the original cars to coin the phrase supercar?

The dashboard of the Bentley looked more like the flightdeck of a WWII fighter.

The Ford GT40 is truly a supercar! A thinly disguised Le Mans racer for the road.

I love Cobras and this stunning recreation really caught my eye. A properly evil looking car!

You don't get much more road presence than this. The De Tomaso Pantera is as aggressive as it gets.

From any angle! Four 'shotgun' style exhausts and huge rear tires, it really looks the part.

The Pontiac Trans-Am is not really a supercar, but I've always felt it has the presence and looks of one. The kid in the background gives some idea of just how loud this one was.

Speaking softly but carrying a big stick was Aston Martin's approach with the original V8 Vantage. The styling gave a subtle hint to the punch the Vantage was capable of – 450HP and 170MPH was enough to keep the established supercars of the time from Porsche and Ferrari at bay.

I don't think I have ever seen a D-Type Jaguar in the flesh.

Another car I had not seen in the flesh was this Auburn boat-tail Speedster. As it turned out this was not a £1,000,000 1935 original but a factory built 1972 reproduction.

Good to see a Jenson C-V8 out. This particular one is one of only ten manual models ever made.

Is the Nissan Skyline GT-R a supercar? I would say yes! It's a technological masterpiece providing supercar performance with everyday useability …

…A supercar for the computer generation.

I've always liked TVR's 'Wedge'. In fact I came very close to buying one a few years ago.

In the years following the flying door stop, TVR's styling came on leaps and bounds.

If it was anymore aggressive it would bite. It's such a shame that TVR is no more.

The inside of a supercar should make you feel special. The ways the dials look, the feel of the switches and buttons. Every drive should have a sense of occasion to it.

A look under the bonnet should reveal not a mechanical device but a beating heart.

And a supercar should look like it's doing 100MPH whilst standing still. A jaw-dropping spectacle that stops people in their tracks and leaves them spellbound.

Everybody loves a supercar. Even Lord Vader took time out from his busy schedule to come and have a look around. Rumor has it he drives a Vector W8, in black or course. 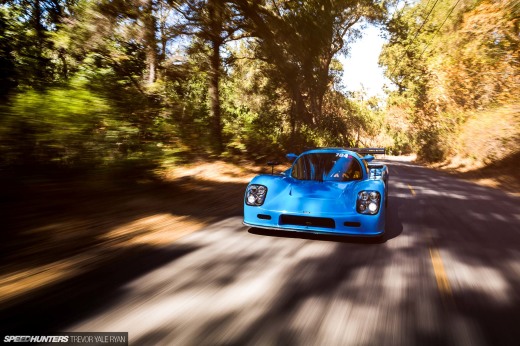 And suddenly... A wild Stig appears!!

Oh yea any pics of a Vector W8

As most of you probably know, "Testarossa" means "redhead" in italian, but it would be more fitting if the word meant "side intakes" (:

more pics of the 79 firebird PLEEEAAASSE!!!

Why did Stig get a gun? BECAUSE EXOTIC

Oh, such sweet cars! And not even a single Veyron in sight, just old, great supercars.

so many rad cars.

the Lancia is the bomb! Seriously!

Seriously? An original is One hundred MILLION pounds?!?!?

Vector was my dream car. Far from mainstream, but a taz devilish looking of a car. But you can't ever, not even now, beat the looks of a Countach.

i want me a tvr

Yes, that 81 Lotus Espirit Turbo was my child hood dream car too from James Bond's For Your Eyes Only! It is said that no one work on these things in United State.

This was totally unexpected and

and for @KK its held a the Heritage Motor Museum in Gaydon...around the corner from the JLR Gaydon branch...

BTW shouldnt that D type be at Goodwood?! Which you guys should be covering!!! if only it wasnt a 6 hour drive for me i would have went especially with discounted tickets!!!! :@!

"Darth Vader. only you could be so bold"

excellent coverage and pics of an awesome event..

Sagaris! Ever seeing it on Top Gear, I wanted one, but alas I live in the USA so I won't get the chance :/ They're so damn sexy

Yes! can we get a article on the Vector W8 please?