As much as the Wörthersee Tour is about the cars, the atmosphere of the event is a big drawcard for people every year. For a lot of people it is their holiday and what better way to spend it than with like-minded people. In this post I wanted to concentrate a bit more on the enthusiasts that attend the show rather than the cars.

Here is a look at the main street in Reifnitz. I'm actually blocking the traffic behind me to get this shot, but no one seemed to mind as long as I was taking photos of cars! On the right where you see the white Audi flags is the entrance to their pavilion.

While I was there the weather was amazing so a lot of people were looking for refreshments. The owner of this caddy took it to another level…

…He built himself a portable swimming pool in the back of the caddy!

This is the street that connects to the main street at the VW pavilion. It is also the street where the most action is with several bars and entertainment.

These guys were having a great time watching all the cars drive by at one of the many bars besides the road.

A lot of people were part of groups or clubs and walked around in custom t-shirts like the ones these guys are wearing. The cars also had stickers with a reference to 2011 Wörthersee Tour.

A bit later in the afternoon the streets almost got overrun by the people. In the distance you can see Volkswagen's ‘bridge' that connected the two pavilions they build.

Here is a look at the lounge area at the Volkswagen pavilion. This thing was built on the water and it gave you one of the best views in Reifnitz.

Another attraction at VW was this Golf MKII carved from a solid block of granite.

Here is the view when you would look the other way. This boat could get you across the Wörthersee for a few Euros.

You will see all sorts of weird cars like this double front-end Golf.

When you wanted breakfast, lunch or a pizza for dinner you could end up at places like these.

At the Audi pavilion I met these folks from Deep Amigos. They had already made a small tower of empty glasses!

Time for some relaxation and to check out cars in greater detail while you wait for your order.

At one point the cars had trouble maneuvering through the crowds that by now had reached such great numbers the sidewalk overflowed.

The perfect mode of transport through the streets at Reifnitz.

But maybe even better is to tag along with a friend who owns a convertible.

This guy was driving a very strange contraption that made a lot of noise but very little speed.

I'll leave you guys with this shot.

Now it's time to work on my final part and some Spotlights before my coverage ends of one of the biggest VW events in the world. I hope you're enjoying it! 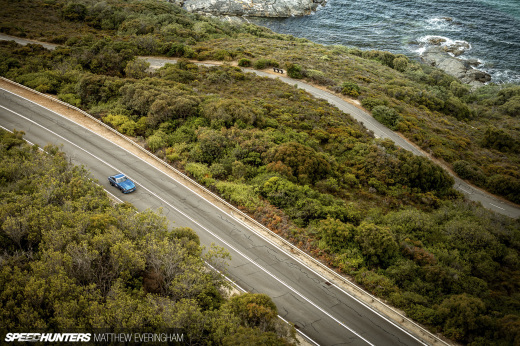 Nice post! Maybe there are some passat 32b syncro? It's really rare to see one properly tuned..

Up until the last picture I was telling myself: where are the girls ???

that pool has to be at least 70% piss

That place looks absolutely beautiful. I would love to live over there, but im stuck in boring old Perth

Welldone on the last pic Jeroen.

Any chance on a feature on it

good look at what happens through-out the proceedings.. are they 'ever' going finish granite MK2? - i don't drink but i think i'd hang out at the Desperado's bar for a bit.. - liking the MK1 Convertible, thats one way to lower it. LOL - Thanks..

Any more Photos of the RS4 to the right in the last photo. meeeann

Man, i hope that pool was watered down beer...nice R8 though

Think thats an A3 pal

Even though VW is probably my least favorite make, no hate - Worthersee looks like tons of fun!