SHARE Builds>> When 790hp At The Wheels Isn’t Enough

Remember the Agent Orange R35? Although it was AMS' most powerful Alpha 9 GT-R to date, apparently Agent Orange's new owner wasn't entirely satisfied. Although the R35 was making big power on race fuel, the owner set a new target: to become the highest horsepower pump gas R35 GT-R in the world. 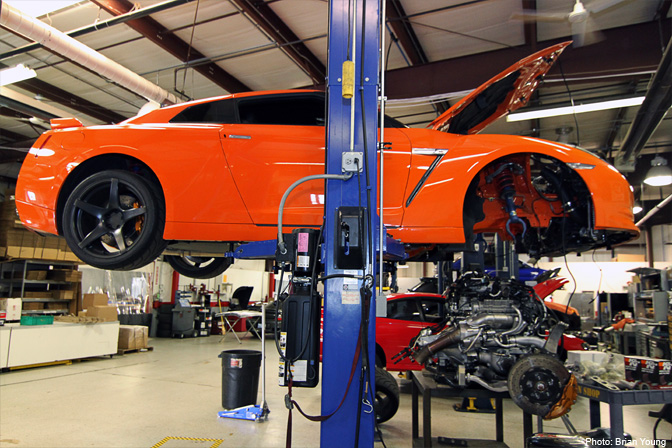 So Agent Orange went in for some surgery. 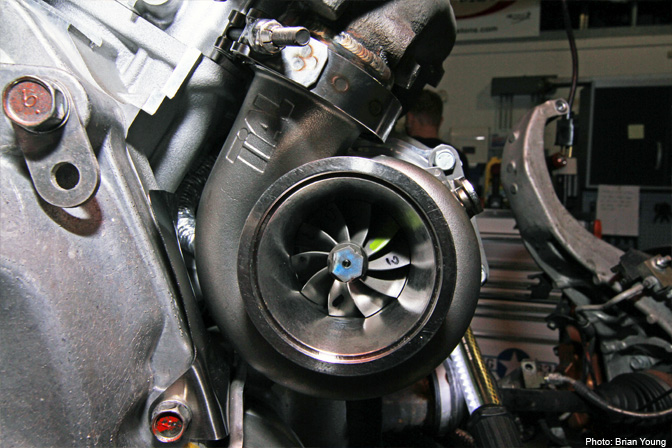 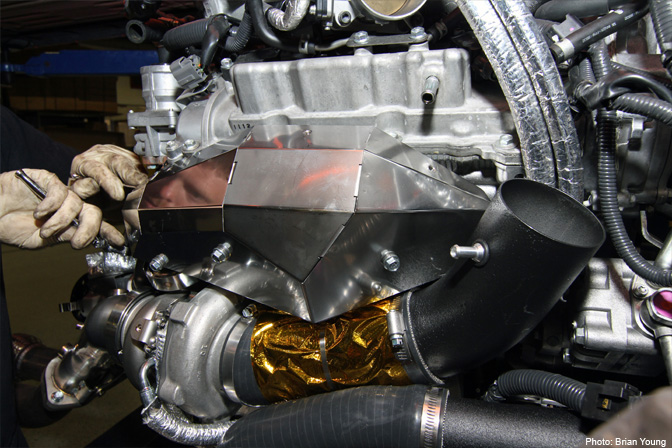 Space is at a premium in the R35's engine bay. Here you can see the extensive shielding and insulation done to contain the heat… 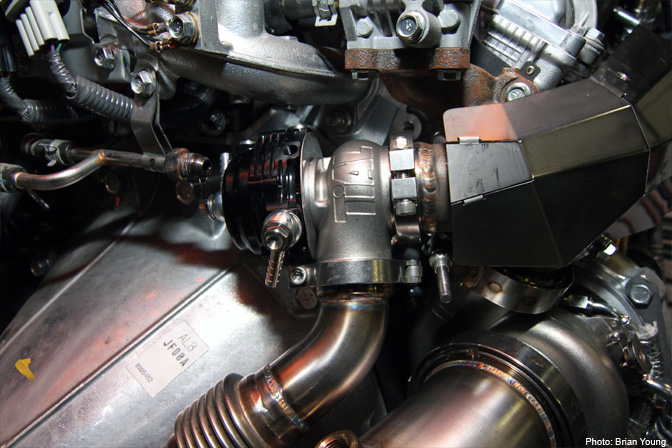 …Behind the wastegate is more shielding. 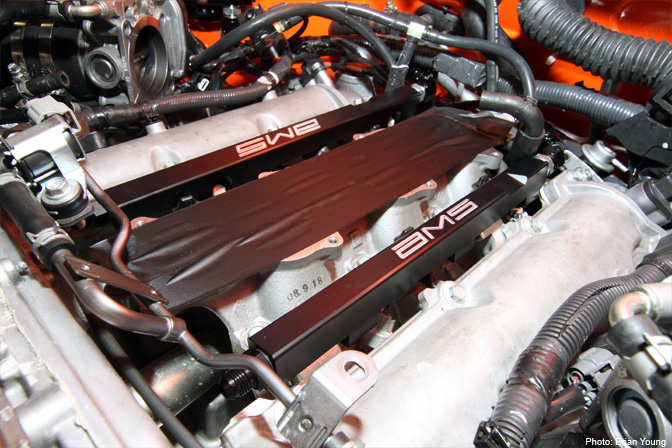 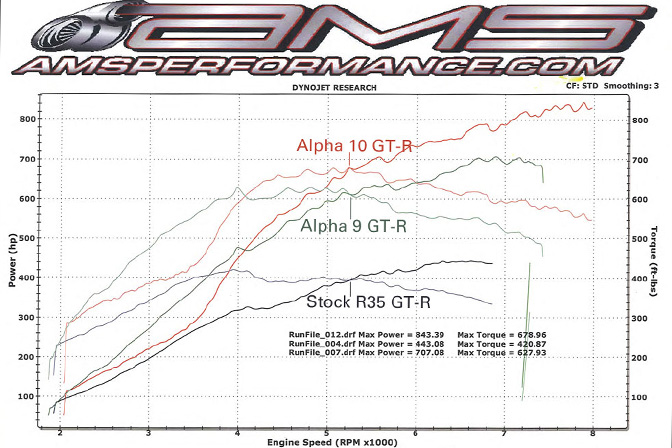 While some people would be happy with a stock R35 GT-R's power output, others want more. Much, much more. 843hp at all four is certainly nothing to sneeze at.

Alpha 9 is the best option......the Alpha 10 simply has too much lag between 3000-4000rpm, torque and hp suffers hugely just so as to make top end numbers bigger. The whole point of the R35 was to have power on tap the whole way through the rev range with minimal lag

This is what happens when someone has too much money.

What a wonderful car I saw in Chicago last year. I was looking for where did it come, and SH give me the answer. Thx !

OMG!!!! please keep a tag on this car's progress! its bloody insane!

@racebred- so what? If your outside of the sweet spot in peak boost, just change gear. That's what gearboxes are for, no? If I want a solid torque output from absurdly low RPM, I'll take a diesel or electric motor.

i seen a vid of a russian gt-r go up against a buggati... and i know that ams has one of the fastest r35 gt-r's on the planet... can ams beat the russians flat out on an open road??

proof that gt-r's can beat veyrons

I've seen this agent orange car before, the owner wouldn't let it go "boom", it's too much of a beauty

i kinda gotta disagree with what race_bred said.

To the guy predicting blown motor. Its a buit block. so I doubit. There making 1100 on the same block.

The russian comment as far as gtrs go I think its between ams and switzer. Either way I'm happy. Dsm roots ftw. Lol...

Oh and they have an alpha 12 kit in the works I'm estimating this car will max out at around 1500whp as far as mods go. Their still on stock intake mani, tbs, air2air, stock style cooling, twin turbos. Most are full weight, etc...

Streetcar wise 1k is the limit and then the powerband goes to shit but right now that setup is still good imho....

Overall godzilla is alive n well. And the modding is going further and further... 2 years from now these will be 5year old cars and then the fun really starts...