Earlier in the week I mentioned that the time attack scene has been heating up ahead of this year's WTAC, and the crazy builds are certainly in full swing. We've shown you a handful of the cars that are being readied for competition, and hopefully we can continue bringing you insights into these insane creations. Although hard to recognise in this photo, what you're looking at is Fernandez Motorsport's all new time attack racer which is, of all things, a 2010 Ford FPV Ute. A Ute might not be the first platform you'd associate with time attack, but ex-V8 Supercar driver Jose Fernandez is confident his team can make it work.

These are some old photos of the Falcon. Fernandez opted to bin the V8 and swap it for an inline six turbo, which certainly created a stir amongst the traditional V8 communities.

As you can see, the team had rebuilt the car from the ground up, finishing it on the eve of last year's WTAC event. Unfortunately the team was dogged by traction issues. For this year, the team have decided not to use the ex V8 Supercar chassis, and instead will be building a FPV Ute that you see in the opening photo.

This is what the finished livery will look like, although the concept design doesn't show the aero that will be on the car. "A V8 Supercar may be a great race car, but for this type of thing it is unlikely they would ever be competitive" Jose said. "To start with they are built to do 500 laps door handle to door handle and are built very strong, but they are also very heavy. With the ute we are starting with a clean slate and we will construct most of the body from carbon fibre and include a big aero package. Our aim is to have the whole thing race ready at around 1000kg [2200lbs]."

The build is currently taking place in Fernandez Motorsport's HQ in Sydney, Australia.

The dry sumped 4 litre XR6 motor from last year's car has been dropped into the Ute. There have been some further improvements done for this year, most notably a new turbocharger.

The turbo also sits a lot lower in the engine bay in the quest to bring weight as low as possible. The team haven't announced what power figure they'll use at Eastern Creek, but they are certain it can comfortably produce over 800hp if necessary. The team are leaning towards mating the inline 6 to a Holinger sequential transmission.

Former ASM Editor William Ng was kind enough to pop into Fernandez Motorsport to grab these photos for us, which shows the extensive modifications that are being done. Here's what the rear looks like without the tray. The team have fitted a four-link style rear along with Ohlins shocks. The diff will be a similar unit to what the team ran in V8 Supercars.

The Fernandez Motorsport team are rumoured to have a few innovative tricks up their sleeve. From what I've heard, they might even run a dually setup on the rear…

Give us a shout in the comments if you'd like to see more of these builds! 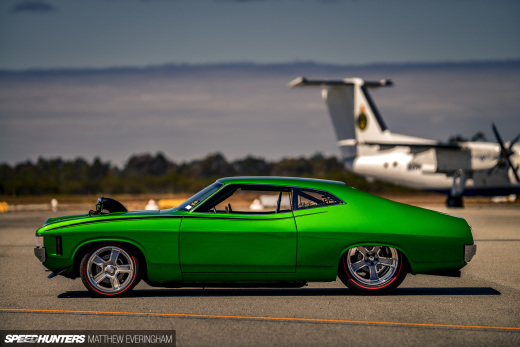 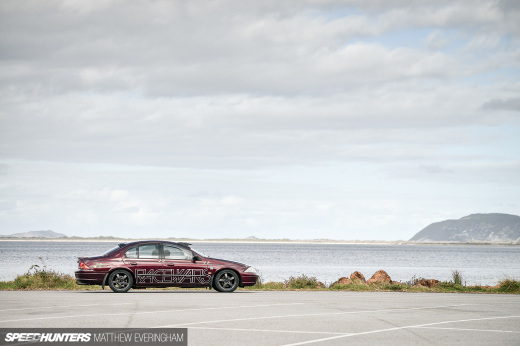 They had traction issues so they go for a ute?

This will be very interesting. Can't wait to see how it goes.

defently more of these build ups

Dually race truck!? something I always wanted to see.

More of these builds please and thank you. And maybe even more on this 4 litre XR6 engine.

I definitely would like to see more of these builds

Yes more builds would be awesome!

It doesn't matter if its a ute body or not. Its a partial tube frame and has no resemblance of an actual utes weight distribution.

i doubt they have the weight distribution necessary to run a dually setup in the rear.

seeing as the turbo is on the leftside on the engine and the way the head looks id say its a jz-gte engine either 1jz,2jz or possibly even a 1.5jz

Are you kidding me?! Builds are my favorite part of this site!

More builds please. Less domestic stuff though. I watched and lold at them trying to compete last wtac with a supercar chassis. What were they thinking? Good luck to them but even with all this engineering going on its not very interesting imo. Street Fords is on the shelf where i leave it.

fully sick i say,,and if ends up with more horsepower than weight,it should be a hell of a ride..just what the crowds want..

love these builds.. this one has the making of a absolute monster

@sean. It's a barra motor mate. Australian built, inline 6cyl. 4ltr they are.

Sorry Sean no Toyota 2.5 or evan 3L jz... its a Ford Falcon 4L straight six used down under in pretty much every Ford Australia car.

YES...i want to see more builds like this. This stuff is so cool.

@ sean, mate it's a ford engine from an xr6-t nothing toyota about it. check them out! they have huge reliable power potential many examples of these are running around australia putting down huge dyno numbers as well as low qtr mile runs check it out http://www.youtube.com/watch?v=2AHgVkypWHo&feature=related

@aurthur & foodo1. its not a truck, its a ute. over here we call ford F-150's and tundras etc trucks and these are nothing like their overweight american cousins.

@sean. dont think for a second its a 1/1.5/2JZ. It will definitely be the 4L ford 6 that comes equipped from the factory in these cars. They've proven to be as tough as jz's and have more torque to boot.

fully sick i say,,and if ends up with more horsepower than weight,it should be a hell of a ride..just what the crowds want..

seeing as the turbo is on the leftside on the engine and the way the head looks id say its a jz-gte engine either 1jz,2jz or possibly even a 1.5jz

I can't wait to see how it stacks up against the other cars.

That rear spaceframe looks a bit interesting considering the regulations don't allow this, if I remember correctly. WTAC states that even in the Unlimited class cars have to retain their original suspension mounts and types...

BTW, could you do a feature on the Tuners Group S14? That's also an interesting build.

I don't see why he doesn't use a similar pickup cover as Rod Millen's used on this Tacoma pickup for Pikes-Pike? Shouldn't that suite aerodynamics better? Plus it will look more heaps more like a Le Ma car.

Builds are prolly my favorite as well on this site! Dually would contribute to unsprung weight, but oh how cool would that be. Should've gone all out with a diesel then! Soon enough I'm sure.

the suspension rule is that the OE towers must remain. they don't have strut towers in the rear...

Not a Ford fan but I would like to see this thing go!

By they way very cheap engines this six turbo, have a mate that runs ten's all day with very little mods.

Thought he as full of B.S until I saw it myself.

according to the rules this is not eligable due to modifying the original suspension mounts and chassis rails, but they are letting in revolutions rx7 which is a full tube frame race car so i have no idea whats going on this year ...