It’s my extreme pleasure to share with Speedhunter readers, our first Super Street preview. Since SH recently celebrated Honda Month, we only felt it’d be right to give you a sneak peak at our biggest (and most favorite) issue to work on every year: the Honda Issue. We have so many friends rooted in the Honda community and of course, it’s what Super Street has become known best for featuring besides all the JDM cars we find from around the world. This year, we managed to scoop a few unique stories, which we hope you’ll all enjoy.

We discovered our cover car at the Nor Cal Wekfest show earlier this year. Loreto Garcia from DSR (Darkside Racing) had this super clean EK on display; it’s simplistic in form but it hits all the right areas perfectly. Plus it was one of the few fresh cars in a sea of familiar faces. Nice to see quality continuously oozing out of the Bay Area.

This S2K came to us by way of New Zealand, and was fully rebuilt with all TODA Racing internals before a set of TWM ITBs were bolted on. Then the owner had it shipped back home to China. Imagine seeing this Amuse-kitted Honda blazing down the streets of Beijing!

Our longtime friend, Bisi Ezerioha did an amazing thing last year: building his CR-Z to the sweet tune of 533HP! Sure, you may have seen this car featured many times on the Internet, but Bisi actually broke down what it took to create that kind of power for us. Really amazing story here.

Sometimes it’s nice to hang with friends, even better when they’re part of one of the hottest car clubs in the country. ATS Garage chills with us for our first return to the Crew Corner section in quite some time, and tells us how they managed to take the Honda scene with a vengeance.

First it was the B-series swap; now it’s the almighty K. Working alongside our spin-off title, Project Car, we show you a step-by-step, DIY tech piece on how to swap a K engine into an older DC2 chassis. You can pick up both titles (now currently on-sale) for either a brief (but complete) rundown in SS or a fully detailed (complete) story in PC.

Of course, you’ll need the right parts to complete your K-swap; this buyer’s guide highlights some of the best parts to do the job and some aftermarket pieces that can help improve power after the job is done.

Kane Chan owns this EJ Civic coupe, and while it may not stand out in your minds as an over-the-top build, it has stood the better part of time (since he bought the car new) as a great example of how to do a project car right. From a built D16 to the stroked B16B it has now, Kane’s taste has always remained clean. This car also has no problem holding its own at the racetrack; it’s consistently one of the fastest cars from our FF Battle series. Recognize one of LA’s OGs.

John Huynh HUSTLED to put this Integra Type R together, working on a pizza delivery guy’s salary. And you know what that means, he relies heavily on tips. The end result speaks for itself.

Last, but not least, we bring you this clean EG from the 808 state, a car we delightfully stumbled upon during our visit to the Hella Flush HI show. The owner actually owned a car we featured a few years ago, so we were pleased to find he built another car. How could we resist? Nice JDM touches.

Thank you for reading and most of all, for supporting print! This issue drops on the 7th of June! 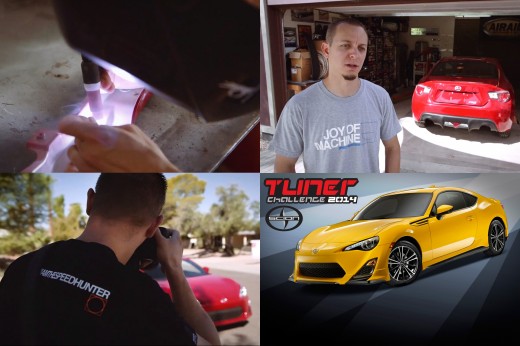 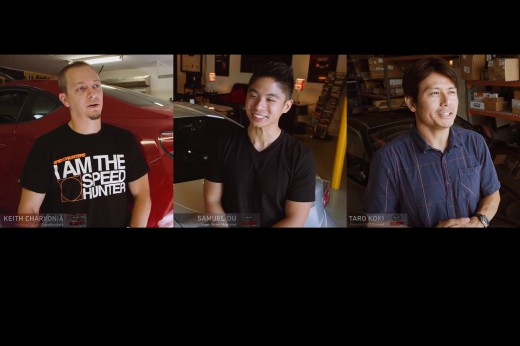 Man, a Nissan issue would be amazing, I mean how many Honda issues have we seen now,lol

@ Steve Ellis - we did a Nissan issue last year, guess you missed it lol.

Moar of the cover girl ;D

Haven't seen an issue of Super Street on the stand for years, thought they were closed down and Modified was the last one left standing.

wait a minute, i dont see any low offset low rider styled features!!!!!!!!!!!!!!! thank you super street for doing this, i hope sales dont dip because theres no herra frush bs in this issue. i will actually go purchase this issue, maybe with the money made from it mr wong could buy some pants that fit a man.

sexy type-r i love it also with that ek looks fantastic.

and this will be one issue I will not be wasting money on.......

i was a long subscriber of ss but now they are just pure crap. typo, rude comments, and trying to set a standard for thing that is already been done..... lame asses

Glad to see some support for Super Street up in here, I love that rag

every other month is a bloody honda issue!! even though i had them it still bothered me. a subaru issue would be good, doesnt stop me subscribing though

Super Street my favorite magazine, they are so badass

Damn what about an all toyota/oldschool issue SS?

hey sean - do you know what a real b series mugen valve cover looks like now.....

Ive been a fan of Hondas for a damn long time. Owned several CRX's & Civics. But damn SS!! Another Honda issue?! WTF? And for you who mentioned you had a "Nissan" issue. I remember that issue, you clowns did a Honda coverage in it. You sneaky bastards you!!

The magazine that single handedly got me into the scene(believe it was an issue in 96 when nomuken came to LA and ran the downtown streets in a 180) has also single handedly ruined the scene...stupid hellaunfunctional BS...go back to late 90s early 2000s for the good old days..after the spocom rage and before hellaflush..back when they featured real cars...

" Another Honda issue?! WTF? And for you who mentioned you had a "Nissan" issue. I remember that issue, you clowns did a Honda coverage in it. You sneaky bastards you!!"

I'll be picking it up for sure, I don't buy SS as much as I used to but the annual Honda issue is always a must buy for me.

thanks for the sneak peak definitly looking forward to it..!

@ The Nitz, what are you complaining about exactly? I wouldn't call any of these cars "stanced" or "hellaflush", they all look pretty functional to me.

Every issue of SS is a "Honda Issue".

Yeah, damn sure, I like Honda's a lot for some reason I can't put my finger on, but a Nissan month would really be a blast!

also, just cause a issue has a honda feartured in it doesnt mean its a honda issue.

UMMM Its an annual Honda Issue. That means once a year. Idiots. Why yall so mad? Wonder why yall talk so much smack about Hondas hmmm could it be jealousy?? A nissan issue? All that would be is falling off mis-matched colored body kits and wheels that don't fit. (but thats alright cuz you are all mad tyte drifters)

I'm also glad they didn't feature any horrible hellapoke. But thats not just a problem in the honda scene its a huge problem in the whole import scene. All these stupid fads such as poke, rust, stickers, etc. All came from others see-VW mazda nissan etc.

haha its pretty funny how you can see everyone hating on honda...

cant wait for this tittle

Ya know source interlink. you gave honda its own magazine, its called honda tuning. then you gave ss to the honda scene. and i believe modified has 1 too now. then your joint dealing with EA caused SH's to run a full month on the same cars

I get it. Honda Kids are loyal to their master in a way thats seems crazy to most others (New Honda's Suck yet the masses still buy in a way that approves the brand that has forsaken them) and therefore put "Honda Issue" on it and it sales like hotcakes,

But is this company really that strapped right now? every passing month i grow sad and loose respect for how removed from the scene these mags really are.

Honda's are awesome cars, these cars all look clean and tastefully modified, and we get it the K is the new B (really thought? the K was the new B back in 2007 and that was 4 years ago now) but this is getting ridiculous there are other platforms out there, and beyond that there is nothing original, cool or different in this entire post, and I am willing to bet when I go pick up my copy of SS there will be nothing new in the entire mag. Even for the honda world this entire post is full of nothing original. NOT 1 Prelude, Accord, V6 Swap, Different Acura beyond the typical txs, rsx, integra, 4wd wagovan, crv, element, or any of the many other models that a in the scene

and part? how many ways can you tell me to buy 1 of your sponsors DC Sports headers? LMAO

When is the last time you really had your ear to the streets Super Street? I mean really in the streets not just at some sunny hardparker show? you know people still actually do things in the streets and while it may not be the most political correct thing to support Super Street was suppose to be about supporting those Streets back in the day!

Everything about this is tired and old, and no Honda People I am not trying to diss the H badge with this post I wish you could realize when a company is using you the way this 1 is post the same "Simple Clean, Common, Undaring" cars in an attempt to sale as much paper as possible NOT Support Growth and Truth of the Import Game!