Last week I traveled to Queensland Raceway for a local Time Attack day organised by Paul Ruzic. These days are purely to give drivers the opportunity to test setups and enhance lap times. The day is split into 2 sessions, morning and afternoon with over 3-4 categories depending on lap times. Arriving at a perfect time I set up on Turn 1 and saw Mark in his GT-R pull out from the pits.

As the World Time Attack Challenge is only a few months away my main focus was to concentrate on this GT-R. Since featuring the car late last year I haven't seen it, or even been on track for that matter. Running a full set of Michelin slicks the car looked right at home smashing along the front straight, under brakes into the first corner.

I have to say, from a spectators point of view I was purely blown away how much this car pulled. Here you can see him punching it along the back straight about to head into the dipper section.

Speaking with Mark in between sessions he mentioned that the car was having troubles with overheating the 4WD clutch which put the car into limp mode.

After letting the car cool, it was a relief to see the GT-R head back out.

As the car has entered this year's World Time Attack Challenge some changes are coming up, such as: AMS 4.0 bored out race engine with Darton sleeves and forged internals. A new Alpha 10 turbo kit, full roll-cage and new titanium exhaust courtesy of Mercury Motorsport. Further carbon fibre pieces such as doors and craftsquare mirrors, of course to make the car lighter.

Suspension wise, there is some fine tuning to be done. The custom setup has been made by MCA which is Josh Coote's fathers business on the Sunshine Coast.

Either way, I'm really looking forward to seeing Mark and his GT-R at the WTAC in August. The car looks amazing on the track! 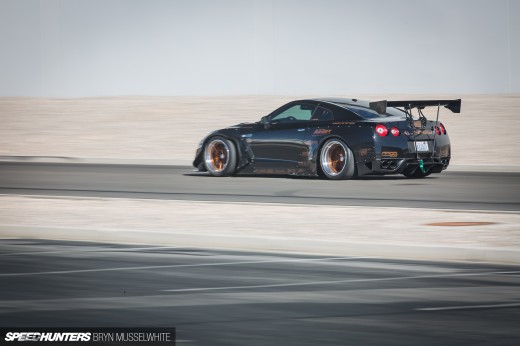 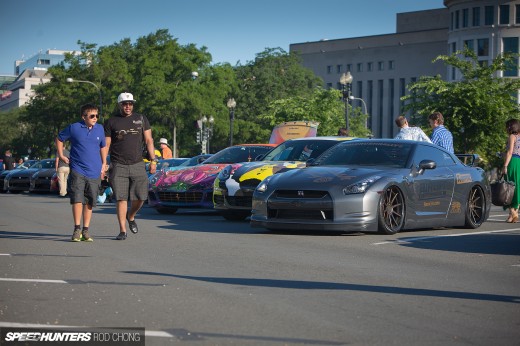 Rallying An R35 From DC To NYC 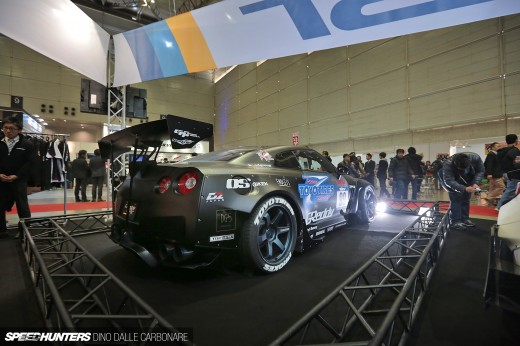 If only it was 600kg lighter it might stand a chance

I agree with Matt. I always thought the R34 was incredible just a little on the heavy side... Then along came the R35 even more incredible and a lot heavier.

Definitely thought this was a SHIFT 2 post at first glance... Nice shots.

Cant wait for the next lot.

I'm a big fan of Speedhunters pics, but this topic is something else!! Congratulations! Beautiful work!

This guy has a massive build thread going on SkylinesAustralia.com under the R35 GTR deiscussion section. Have been following it and I must say, great work!

lol or had 600 more horsepower

Mark's R35 is pretty much Australia's BEST R35. All the best and good luck, hopefully he can come close to beating some big name tuners from USA and Japan. But I'm putting my bets on Scorch Racing S15. Being RWD it will suit Eastern Creek better as it has some long straights. The AWD's lack a bit of speed in this area apparently.

Will see some of you there in August I'm sure!!

You should see all the carbon bits we have yet to put on this car!! Will be even more lighter & with the extra HP, it'll be a force to contend with around the track. Great story Casey & we're very excited about the future with Mark & his R35 GTR!

Nice shots Casey. the car sure weighs in pretty hefty so will be difficult to compete on semi's. On slicks the thing is a menace.

The '4WD clutch overheating' code thrown turns out to be due to a mismatch between the 4WD clutch and wheel speed (wheelspin induced).

JCap I thought it was shift 2 as well, Looks like a weapon of a Gtr, If it has a high output who no's it could go alright

whoa - great photo's.. seems like a little weight shaving is in order, from what you've posted, it's heading in a leaner/lighter direction!

Mark and the Mercury motorsports crew have done sooooo much R&D on this car.... the car has been fully stripped... just a full race drivers seat and all the computer components needed remain... The in cabin controlled and fully computerised wing.. the big big dollar murray coote suspension, full slicks the list goes on! ...... the car has made in excess of 630awhp... and is set to skyrocket within the next month or two with the purchase of some amazing peices of art... keep your eyes on this space... Mark and mercury motorsport will amaze you.. pushing the envelope for what could be the most powerfull and quickest time attack r35 certainly in AUS... if not the world!!!

Where is the exhaust?

I fail to see where this car will doing anythng apart from make up the numbers, ok it looks pretty and has some go faster bits on it but - its a forgone conclusion the Japanese will win, personally I dont see the relevance to the hype to be fair as the tag WTA is lame . Perhaps someone should do a proper World TA event like what was planned with NFS Live in the the UK this is where the only real challengers will come from for the Japanese tuners!

Since excellent photos (and photography?) is one of the key factors to this site - why not make exif data available? I personally enjoy Speedhunters mainly because of the photos!

Basically that test was null and void, all the data acquired would be useless if he is running slicks and preparing the car for WTAC.

IDK. Enough Gutting and Carbo Add-on and I think this thing may have a chance.

Only Question is Trans?

Which leads me to my next quest for the guys at Mercury Motorsports:

Will this Car Be getting the Full Dodson/Shep Trans Rebuild (http://www.amsperformance.com/cart/nissan-r35-gt-r-drivetrain.html) to handle the heat/power of this upgraded power source?

this thing absolutely rocks, i love the engine note and cant wait to see it at the next WRS time attack day at QR , great photography casey

it's true we will have no chance of winning WTAC. we are just having fun developing a fast car and pushing my limits as a driver.