The 2011 World Rally Championship gets underway this Thursday with an all-new look.

In summary, the FIA have introduced a new formulae. With similar regulations to the World Touring Car Championship, they will be using smaller engine 1600cc turbocharged cars. The cars themselves will have a bodykit and limited aerodynamic devices. All WRC cars remain four wheel drive and will have sequential gearboxes.

Kimi Raikkonen remains with Citroen after closed season rumours of a move to Ford. Raikkonen will run a DS3 for the new ‘Ice 1 Racing’ team, based around the Iceman.  This car will expected to sport Red Bull sponsorship, but a different style of livery. 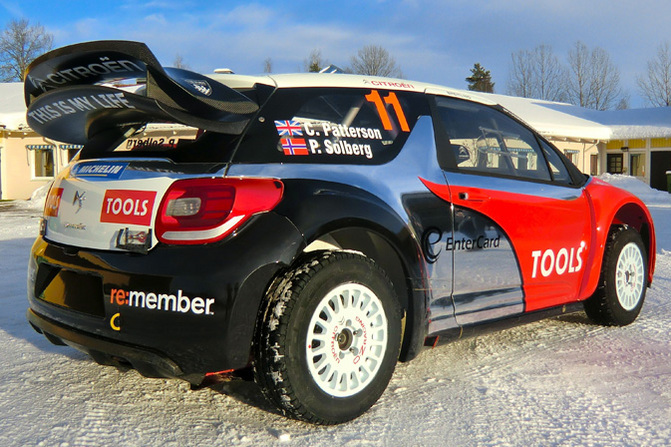 Petter Solberg will also compete in a DS3. He tested a DS3 for the first time earlier this month.

Ford will be campaigning a number of new Fiesta RS in Sweden. Regular drivers Mikko Hirvonen and Jari-Matti Latvala will be joined by Khalid Al Qassimi in a factory-assisted Fiesta.

Quite a striking looking machine.

Many Speedhunters will be following Ken Block who will be making his Rally Sweden debut in a similar 3-door machine. Ken will be competing in nine WRC events, Goodwood Festival of Speed, Gymkhana Grid, Summer X Games and a number of American Rallies. 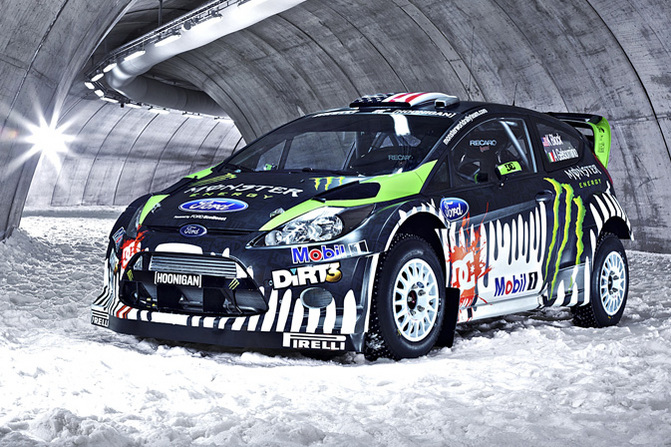 The livery has been tweaked this year. A repeated DC and Monster Pattern adorns the Black areas of the car, a trend which has been gaining momentium for a couple of years now on racecars.

Additional Fiestas will be run by the Stobart M-Sport team for Mads Østberg, Henning Solberg and Matthew Wilson.

M-Sport plan to be running 10 Fiestas later this season! This was their workshop last week.

The big news is the return of Prodrive to World Rallying, this time with the Mini Countryman. The team will not make its competitive debut until the Rally d’Italia in May. Dani Sordo moves from Citroen to the Mini World Rally team and is joined by Kris Meeke who was the 2009 Intercontinental Rally Challenge Champion with Peugeot UK. Kris was also the late Colin McRae’s protégé.

Mini have a great history in the 60’s in Rallying, but the car has grown and the brand is now owned by BMW. As you can see, it is anything but Mini in size. Maybe they should call it the Maxi….maybe too many Brits remember that gem!

The Rally-Sweden runs from 10th- 13th February and is round one of the 2011 World Rally Championship. A number of new TV contracts have been signed, so check your local listings. WRC coverage will be on Discovery in the US, Netork Ten in Australia, ‘Dave’ in the UK and Motors TV and Eurosport across Europe as well as Domestic channels .

I’m hoping the new regulations will make Rallying a more enjoyable form of motorsport to watch! 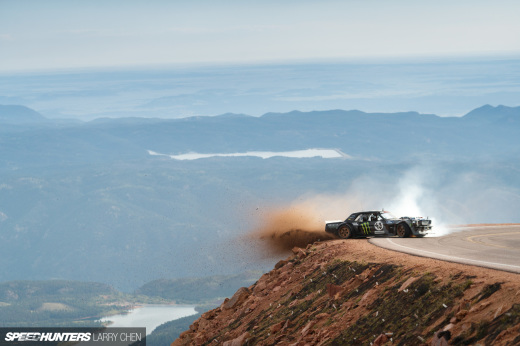 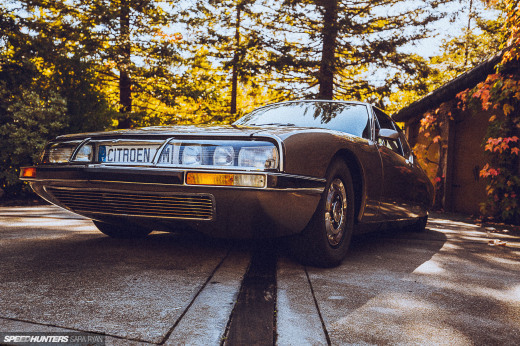 It'll only be enjoyable if the speed is kept up. Guess we'll have to wait and see how that plays out though.

Great stuff thanks for the article and the reminder to tune in. I'm loving the size of the new cars.

maybe I'll watch it later in the year to see how mini does but it's a shame more manufacturers can't race in it do to restrictive rules. Production WRC should be brought to the spotlight. Loeb's got this!

Andy I really enjoy these season introductions, first F1 and now WRC. Should be a great year, that new mini is a real cow, they should have used the clubman instead. I'm hoping Saab follows sometime in the future. Renault/Nissan should join in as well, the engine in the US spec Juke is perfect for the new regulations 1.6L turbo about the same size as the mini countryman.

Can't wait till May then!

@ Bigjoe: you must have not seen how Ken Block did last season..?

Nissan have made a massive mistake not entering the Juke in this.....

I doubt Ken Block will be winning any championships in his life, but I think he will play a greater role in spreading word about the sport and helping it develop in the USA. The WRC needs people like him to expand and to inspire the younger generation.

Ken Block, whilst he's an undoubtedly good driver, will never be able to beat the likes of Loeb, Hirvonen, and Latvala.

The new WRC cars doesn't really look like the mean rallying machines they are meant to be. To nice, suburb car with fancy painting...

Maybe this year, Loeb will stop being so selfish and let someone else win for a change.

Its good to see Petter Solberg back in a current model WRC car after he spent the past few seasons in outdated models.

@ RobboNZL Arrr he was in a C4 last year, which was current. You must be thinking of when he ran the the previous season.

Ken Block should stick to drifting around cones and warehouses...

Block will hopefully succeed in bringing WRC level type Rally to the US. He has an amazing ability to market brands, events, etc. Hope he gets some points this year and proves to everyone he can do it.

What is the big deal with ford. im tired of hearing ford buying out all sorts of resources to make way with the "in crowd"

More on that factory mini please! I have been wondering how much weight they could shave and what a prepped car would actually look like....

as much as i can't stand the Ken Block hype machine, he's not doing too bad in the WRC considering how little experience of driving at this level he has... i mean, Kimi Raikkonen is finding it even more of a struggle and nobody doubts his driving ability...

it was good to see Solberg giving Loeb a run for his money on a couple of the stages last season, hopefully Petter can do better this year!

Hi! This new championship promises but... I think Loeb got it again, unfortunately... But it's cool see a new brand (Mini) taking part of it. Shame great names of the past not return (SUBARU, Mitsubishi, Toyota)... I love to see more features of WRC (cars, people, the stages and places...) here in my favorite website...