Sorry about the delay in getting back to these, it has been a pretty wild month here. Continuing on from where we finished up in part two, this post will begin from arguably the most exotic event and venue I had the privilage to shoot in 2010. The Paul Ricard HTTT circuit is like no other venue on earth. Situated in the south of France, the track which was originally designed as a test circuit and played host to rounds of the GT1 World Championship and the GT3 European Championship in July of this year.

Canon EOS 1D MKII N, 560mm, 1/800, F4, ISO50,
FIA GT1 World Championship, Qualifying, Paul Ricard HTTT, France. Another example of letting the venue and subject do the work for you. Sometimes it's a case of just sit back and snap. 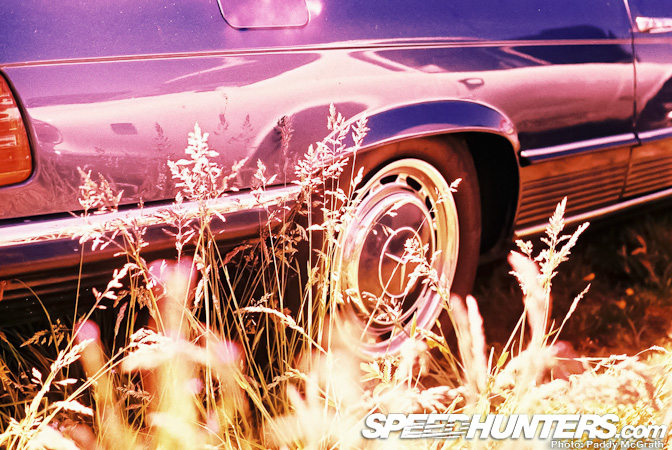 FED-3 Type B, 50mm, F2.8, ISO400
Classic Car Live, Mondello Park, Co. Kildare, Republic of Ireland. Swapping from state of the art digital equipment to a fifty year old rangefinder is always going to be a challenge, especially when you use colour slide film and have it processed through the standard C41 colour process. The result though is worth it. no amount of photoshopping can compare to the quality of 35mm film.

Canon EOS 5D MKII, 130mm, 1/80, F3.2, ISO200,
Dennis Healy's SR86, Industrial Estate, Waterford City, Republic of Ireland. You never know what sort of reaction you're going to get when you ask a proud owner to reverse his car down a loading bay, through an inch of muddy water covered in a layer of water scum. Thankfully however, Dennis was up for it and with the help of some off camera flashes, this image was created.

Ford Fair, Silverstone Circuit, United Kingdom. Static event coverage can always be tricky. You need to try and figure out how to approach it, do you just represent each car as it was or try create something a little bit more interesting? Ford Fair is a huge show but takes place over the course of only one day so you need to make the most of your time there. I spent one pass banging out quick shots and a second pass later in the day with a bit more consideration.

Rotorstock, Santa Pod Raceway, United Kingdom. 2010 saw my first visit to one of the most famous drag strips on earth. It also showed me that there is a lot of potential diversity in drag racing photography and not just the cliché launch shot.

JDM Allstars, Wembley Arena, London, United Kingdom. By quite a country mile, Lennard Wanders' Falken S14 is one of my favourite cars to shoot on the drifting circuit. The solid wall backdrop of the Wembley street course allowed for an unusual high key background for this shot.

JDM Allstars, Wembley Arena, London, United Kingdom. It's quite rare that I'll set out to an event with a certain image in my head of what I'd like to come home with. It's even rarer when you come home with the image you had planned on, but the backdrop of Wembley Stadium and the Mr. Wanders' S14 allowed for the planets to align for me just once in 2010.

The Goodwood Revival, Goodwood, United Kingdom. It's not a great picture by any means but the memories it evokes are something else for me. The Revival is one of those automotive events you simply have to attend before you meet your maker.

You do it with a lot of art but with sense.

Great pics once more. Just love the shot of the Santa Pod Raceway...

Great shots Paddy! They sure do tell quite a story.