Le Vingt Quatre Heures du Mans is without doubt the biggest motor race in the world. The Indianapolis 500 may have more spectators on the day or at least it did when it had relevance. There may be bigger yachts moored at Monaco with even bigger egos on display, during the Grand Prix but Le Mans is the daddy when it comes to recognition from the non petrolheads. From the hordes of fanatical supporters and fans to the teams and drivers, from all parts of the racing spectrum, it is the cornerstone of the endurance world. Go well at Le Mans and the failings of the rest of the season can be forgiven if not forgotten. Ask Porsche here or better still ask Mercedes Benz here.

After the drubbing at Spa the realists at Audi like Ralf Juttner would have dismissed such daydreams, they would focus on maximising the performance of their cars, drivers and teams, to be in a position to take advantage of any slip up at Peugeot. Reliability at Le Mans, especially in the big budget factory efforts, may have improved out of all recognition but 2010 was going to be a flat out sprint from Scrutineering to Chequered Flag. Speed and stamina would be required in equal measure, pushing the envelop to the final few percent could produce unexpected results.

The balance of power was neatly illustrated by the line up on the grid, four Peugeots in front of three Audis and the first petrol interloper, the Lola Aston Martin. There were whispered fears within the German camp that even a podium position was going to be a struggle to achieve. Heads would roll if that were the case, reputations and careers were on the line.

The first part of the race went according to plan at least for the French.

All Audi could do was hang on, not assisted by a strange, not to say partisan, early deployment of the Safety Car to clear up accident damage. This caused McNish to lose contact with the French quartet.

The French express rumbled on till they became the first to blink. Pedro Lamy bringing the lead car in with suspension failure, probably as a consequence of jumping kerbs. Well the speed had to come from somewhere.

Then Tom Kristensen tripped over a stricken BMW that was making its way back to the pits. One car each down.

Still the French continued to pull away and Audi had lost their spearhead, time for the other drivers to step up to the plate.

The pace continued at a record breaking level, night fell and the Sun rose, still with the #2 Peugeot in command of the race till disaster struck at 7.04am.

Eight hours later and against all odds Mike Rockenfeller, Romain Dumas and Timo Bernhard stood up on the podium, received their trophies, the Rolex watches and the Champagne. Audi had won Le Mans. Incroyable.

And for every year since 1992 when the Sportscar World Championship was killed off, that would be that. Peugeot would crawl back to base to recover from their very public defeat and Audi would bask in the limelight till the snows had melted and we all assembled the following March in Florida for the 12 Hours.

Not so for 2010. After several false starts the ACO introduced a new series, the InterContinental Le Mans Cup.  (only an FIA sanctioned set of races can be called a World Championship and no one wants to involve the FIA, at least in the old Mosley interventionist guise)

Predictably there was the usual low level grumbling about lack of budget from the manufacturers, Audi and Peugeot joining the GT2 brigade’s moaning but the ACO dismissed such concerns. It pointed out to the GT2 class that they no longer had to share the stage with the GT1 competitors as had been requested. Furthermore they reminded all of the participants that this World Championship by any other name was what all of them had been clamouring for since the turn of the Century. And of course, Messieurs, if you wish to compete at Le Mans in 2011…………..the threat was unspoken.

For 2010 Silverstone, Petit Le Mans and Zhuhai were the venues for the new venture and jolly popular with the fans they were…..at least the first two.

Whatever they thought privately, Audi and Peugeot pitched up as requested/ordered to all three races and took up cudgels with each other.

The result was a whitewash to Peugeot.

To be fair to Audi, the gap narrowed between the two outfits, only to be expected given the calibre of the people involved, Audi were not great Champions by accident or luck. 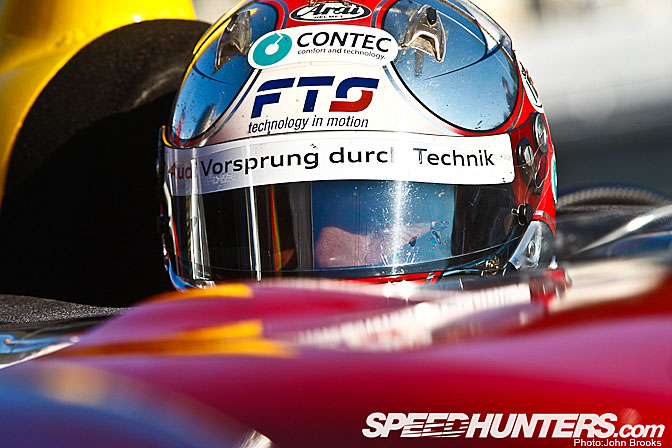 And Lady Luck deserted them at Road Atlanta, you can read about it HERE.

Most seasoned observers would agree that Peugeot were worthy Prototype Champions in 2010, even allowing the disaster at La Sarthe.

For 2011 the the InterContinental Le Mans Cup will be the true World Championship for sportscars no matter what the GT1 crowd may think or say. Brands as powerful as Aston Martin, Audi, BMW, Corvette, Ferrari, Jaguar, Lamborghini, Lotus, Peugeot will all have some representation.

Rounds at Sebring, Spa, Le Mans(yes the 24 Hours is included), Imola, Silverstone, Petit Le Mans and China stand comparison with any series around and the mix of factories and privateers, prototypes and GTs creates a platform for truly compelling races and racing. In the final analysis that is what drags us all to the tracks. McNish, Sarrazin, Kristensen, Montagny, Lieb, Lietz, Bruni, Mello, etc. etc, and new cars for Audi and Peugeot, a new Ferrari, does it get any better?

Mention of others, rather than just the two factory teams leads us to consider the rest of the prototype grids. Leading the charge was the ORECA Peugeot 908 HDi which took Stephane Sarrazin to the LMP1 title in the LMS.

ORECA continued to run their own prototype and while like all its other petrol powered rivals it was outpaced by the diesels, a 4th place overall at Le Mans was a great result.

ProDrive pushed the Lola Aston Martin as hard as they could but their eyes were firmly fixed on 2011 when the new regulations guarantee some sort of parity with the oil burners. An open top car powered by a V6 turbo shows how far they are prepared to travel.

The Signature Plus Lola Aston Martin exhibited consistancy that earned 4th place in the LMS.

Rebellion Racing had a brace of Lola Judds on track managing a few podium places but the team was shaken post season when Team Patron, Hugh Hayden, suffered a fatal heart attack. RIP Hugh, a hard racer and a thoroughly decent man. I’ll miss not being able to have a quiet beer with him at places like Spa.

Perhaps the most high profile new team in prototypes was Beechdean Mansell. “Our Nige” made headlines at Le Mans with his dramatic early exit.  This pleased both the Red Top reporters from Fleet Street who managed to get their lurid tales of Mansell’s near-death experience into print and their editors who could feature something else than England’s dismal performance in the World Cup. This also seemed to spell the end of Mansell’s career but his two boys scored a good win in Budapest when all the other competitors fell out.

Budapest? That was the race that saw an LMP2 car take an overall victory, that was a surprise. That it was Strakka Racing was not. Ever since the team re-organised after the 2009 Le Mans 24 Hours, they have been transformed into a really top line outfit.

Danny Watts has emerged as one of the stars of the year but Jonny Kane matched him lap for lap. At Le Mans they handed the crack Highcroft Racing a thorough drubbing despite only having two pros in the line up against three in the American outfit.

RML took LMP2 honours in the LMS with a strong series of results. They even employed Ben Collins aka “The Stig” after he left Top Gear.

Oak Racing’s Pescarolos were also always there or thereabouts. Team owner and resident gentleman driver, Jacques Nicolet, deserves a special mention for being one of the class acts of the year. Nicolet and Joel Riviere purchased at auction the assets of Pescarolo Sport for €400,000. They then returned the keys to the workshop and all the contents to the former owner, Henri Pescarolo, who had been forced out of the business he set up. Pescarolo Sport may be gone but due to the generosity of these two gentlemen, Pescarolo Team is born. A four time winner as a driver at Le Mans, Henri enjoys a special place in hearts of those who love the great race, to see him on the grid in 2011 will be a highlight for many. Dreams do come true.

Dreams also end too. The Porsche RS Spyder that has entertained us during the past few season has finally been put out to pasture.

It is almost goodbye too for open topped Audis. The R15+ will get one last run at Sebring in March, then the recently launched R18, complete with a closed cockpit will take up the contest with Peugeot. The line that started with the R8R back in 1999 and was extended through the R8, R10, R15 and R15+ has evolved.

And it is almost goodbye from me this year as there is one post left, that looking at GT2 in Europe. 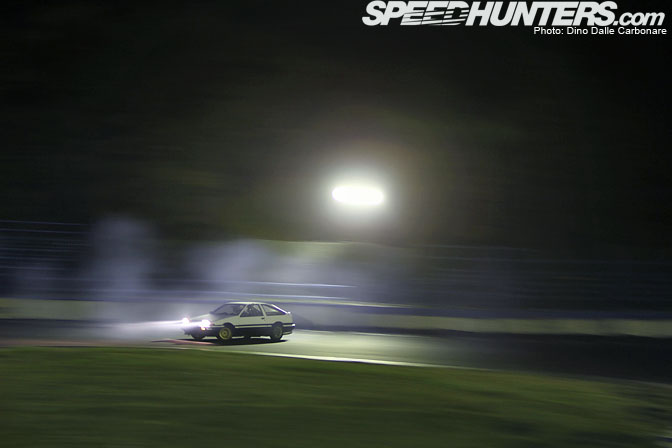 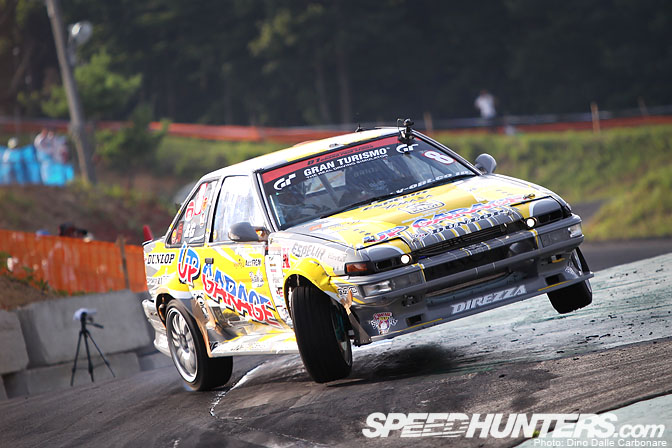 Nice write up John! Your posts get me through the winter a bit faster. See you at Paul Ricard in march?

Last photo is one of your best John. Trus me, thats saying a LOT.

Fantastic as always John, saying and showing it like it is!

@Brecht.......winter may be a bit slower this year but I am booked to be at Ricard for the LMS Test in March.........however I am also aiming to be at Amelia Island that weekend too. All depends on budget.