After months of rumours, BMW motorsport confirmed they will return to the DTM Grid in 2012!

BMW have been working with the DTM organizers, the ITR, along with Audi and Mercedes-Benz to solidify new regulations for the series which will also make its debut in 2012. 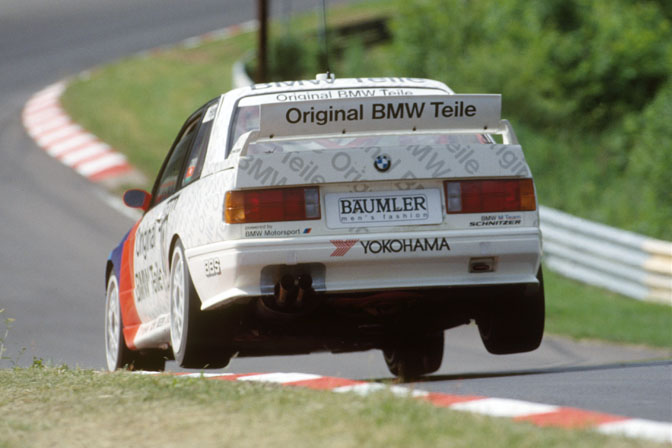 The intention is to use the current  BMW M3 E92 as the basic DTM racecar.

This season the current BMW M3 GT(2) has competed around the world in endurance racing, taking victory in the 24-hour race at the Nürburgring, racing at Le Mans and capturing the GT manufacturers' championship in the American Le Mans Series.

Meanwhile, Autosport Magazine and Touring Car Times report, Opel may also return to the new DTM series. In recent months. This follows speculation that Nissan are also looking at the series.

GRAND-AM and the Japanese Super GT series have been in discussions with the DTM regarding the new specification cars.

New regulations have not been publicly announced yet, but cost-cutting measures and to improve  the racing are the main priorities. I wonder how close it will be to Jon Sibal’s rendering from last year?

Hopefully we will return to the golden era of DTM

If they end up with less canards and fins then I will be dissapoint.

No sooner had I published this, the ITR confirmed they are in talks with GRAND-AM  for a DTM series in the US from 2013, and Super GT so 'new' DTM and 'new" GT500 shares regulations..

Sound things to sort out first with GRAND-AM before DTM in the states before it becomes reality, See...

Eric - Meisterschaft was the correct name, prior to 1990's when BMW compete. The latest DTM just uses Masters

I think you just made my day. Any way you can link us to the hi-res pictures hosted in this thread. I would specifically like 1,3,4,6.

Huge e30 M3 nut and cant seem to ever find these images in good resolution.

you just wait until these BMW Heavyweights come back!! its gonna be one to watch for hardcore fans.. and the yare gonna use the right car this time.. - its all on the drivers toes now

Haha ive never saved so many pictures from one post before

Wow cant wait for that, going to be epic id say!

BMWidmer -These are press images, so we cannot offer Wallpapers.

eric, back then it was called Deutsche Tourenwagen Meisterschaft (Championship), i think they renamed it when they re-launched the series in 2000 (after not racing from '96 to '99)

Dtm today are so BORING to watch.

Maybe I will actually watch this series next year... doubtful though.

i agree. dtm 90's is the best there has been and i can't see things getting good again. screw the FIA