Is a heavily modified 370Z able to keep up with the mighty GTR? We find out by comparing these two track prepped cars side by side. While the Z may not have the grip advantage that the AWD GTR has, it weighs considerably less and its 3.7L twin turbocharged motor puts down a solid 518whp to the pavement.

Both of these potent track machines have spent countless hours lapping their home track Virginia International Speedway (or more commonly know as VIR).

We’ve got a very special old school feature on a Mazda RX2 that has spent literally decades club racing and its owner, Bob Maybell has slowly converted it back to a semi-street car. Watch for full feature car spotlight further highlighting this car in the coming days. After all, it fits in quite perfectly with the classic car theme.

The gearheads over at SportCar Motion have built quite a capable Civic track car with a K24 engine swap and a Kraftwerks supercharger to boot.

The interior is as simple as it gets with only the necessities remaining.

To contrast the USDM built Civic, we showcase an Australian built EG of the same demeanor.

It’s very interesting to see the subtle differences and similarities in the cars that were built thousands upon thousands of miles apart.

This month’s issue is loaded with tech and our EVO X project car receives a healthy does of wheel and suspension parts.

The new 19×10.5 Volk CE28N’s along with the Toda Fightex coilovers really set off the look of the car but looks aren’t everything. We’ll be testing the new setup at the track to see how much better it is over stock.

Our Mazda RX8 Project car also receives a BC Racing coilover upgrade and hits the track to find out how well the suspension works.

The DC2 Integra gets a roll bar installed courtesy of Robi-Spec and we dump the factory seats for a proper bucket seat from Sparco as it near the final stages of completion for track duty.

One of the bigger jobs that we also tackled with it was removing the heavy sunroof and replacing it with a carbon plate from lighterfaster.com.

Some surprising results are netted when we test Stillen’s Gen 3 intake systems on a 2007 350Z in our Proving Grounds section.

Resident hot shoe, Dave Pratte explains the in’s and out’s of a DIY alignment setup in his Tech Talk column.

The Deals Gap Rotary Rally is a yearly gathering of Mazda’s in a scenic yet challenging drive on US highway 129 in North Carolina, also known as the tail of the dragon.

This month’s buyers guide consist of aero parts and has a diverse lineup of carbon and FRP kits that will improve the look of your car quite dramatically. 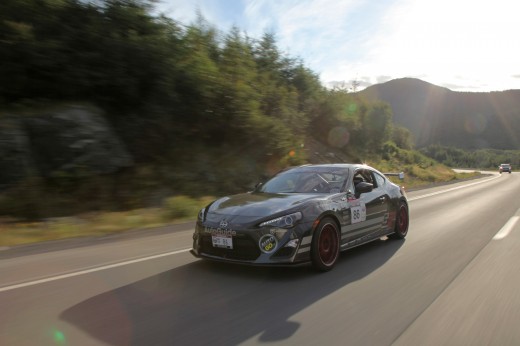 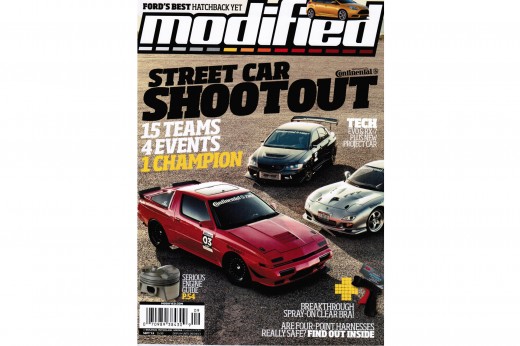 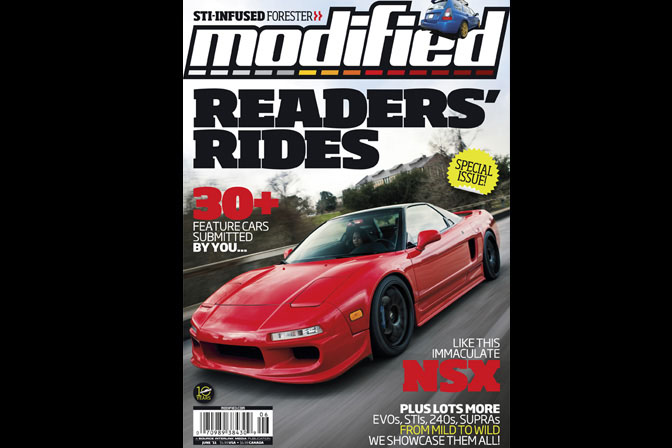 Peter is my hero

How do I get Modified in Australia? Sounds too good to miss.

@ watchamacallit....i do,i get honda tuning and modified...WISH SPEEDHUNTERS HAD A MONTHY MAGAZINE

Can't wait for it to arrive !!

the second photo is at Road Atlanta by the way... Not VIR...

Imma' pick this issue up just to check out that Mazda RX-2!

Times are hard, can we really justify spending 7 dollars at the store on content that is sub-par to 15 minutes of wandering on the internet. No offense to Peter, or the staff at Modified. I know staying relaveant and pleasing a large audience is a challenge, but this is just blah. Come on guys dont let print die, you guys have made it this far!

is that bronze hatch happen to be this hatch?:

from seeing updates of it on youtube it now has a k24 in it, so im pretty sure thats the same car...

Pic # 2 is taken at Road Atlanta, not at Virginia International Raceway.

i still read mags - i've got a stack of them.. nice to refer to.. any way i love the last S-Chassis in Red!! plus the RX2 even from the side looks sweet!

Times are hard, can we really justify spending 7 dollars at the store on content that is sub-par to 15 minutes of wandering on the internet

"Can a modified car beat a standard one?"

Of course it bloody can. Throw enough money at anything and it will lap faster than a GT-R.

I'm interested in the DIY alignment. I haven't been able to find a Modified at the store for something like the past three months! Glad to see you guys are still in it to win it. I'd subscribe, but the thinning of the mag has got me hesitating. I don't want you guys to go under and leave me with months of SuperStreet. Maybe I'll reconsider if the mag's gotten a little thicker. I'll definitely check this issue out.

As much as I hate to say it, I agree with some of what Ryan said. I don't want to see print die, but I think you guys need to not just step up your game on the print side, but on the web as well. I know these things cost money, but you could start with something like adding video or past features online on a more regular basis. Do back issues really make that much money? I'm subscribed to Dsport now and they give a DVD out every couple of issues. Maybe you guys could work towards something like that. I'm not sure what is needed exactly, I just know it's something. I think more web content would definitely help.

Cant wait to read this issue of Modified.

@ Ryan, no offense man. As much as I like scouring the net looking for cool stuff, nothing is as nice as thumbing through a magazine with cool pics and useful articles. I rely on the web for breaking news kinda stuff. Magazines are great for features and interviews.

@ Bryce. Agreed on a number of points, but modified is the single decent source interlink magazine out there. Lets give them some credit. They do post up many of their features online. That said, I agree with the dvd comment. It would be pretty neat to get some extra stuff, like dsport provides...

I wish there would be something like Modified in Germany. All you have here is pure rice!

an evo x, with no spoiler is so much win.

here is the link again hopefully it will appear correctly:

I Still Do Man... Been Buying Mags Since Like '03. Modified, IT, Super Street.

Speedhunters!!!!!!! Forged Performance (The GTR and The 370Z) Virginia is not there HOME TOWN its Atlanta and the track on the picture is Road Atlanta. Road Atlanta is were they spent countless hours on the track. Get it right!!!!!!!!