Mark Berry is one of Australia's top Time Attack competitors. With their notorious R32 GT-R, Mark and Russell Newman dominated the Australian Time Attack scene; relentlessly claiming scalps, winning events and breaking records. After racing at Tsukuba Circuit, Mark decided to build a Time Attack car that could compete with the world's best. What resulted is the well-known Hi Octane Racing R34 GT-R. Speedhunters caught up with Mark Berry in his private workshop for a one on one interview.

Speedhunters: Tell us a little bit about yourself.

My name's Mark Berry. I'm 34 years of age and I'm from Greenbank in Brisbane, Australia.

Speedhunters: What sparked your interest in driving?

I have always driven in some form of racing, from water skiing to go karts. My parents had a lot to do with my interest in racing.

Speedhunters: How long have you been driving for?

I have been driving race cars for about six years now.

Speedhunters: How did you get into cars?

I actually bought my R32 in standard form and raced it in some local events. We had such a ball that we eventually ended up where we are today. But I have always been interested in cars – and anything fast – for as long as I can remember.

Speedhunters: What cars have you raced in the past?

Speedhunters: What was it like to race overseas and how did it compare to Australia?

I went to Japan in 2007 to race at the Tsukuba circuit for the REV SPEED Time Attack event [in the R32]. We discovered a new world of speed and how to make these cars faster than you think possible. Tsukuba circuit is very small in its total area and there is no room to make any mistakes. The track is lined by Armco barriers that have claimed many cars over the years. We've progressed a lot since our Japan trip.

Speedhunters: What's been your favorite car?

GT-Rs. Without a doubt.

Speedhunters: Which one in particular?

It would have to be the R34 GT-R. That car is just so much fun to drive. The handling and the power just puts a smile on my face every time. 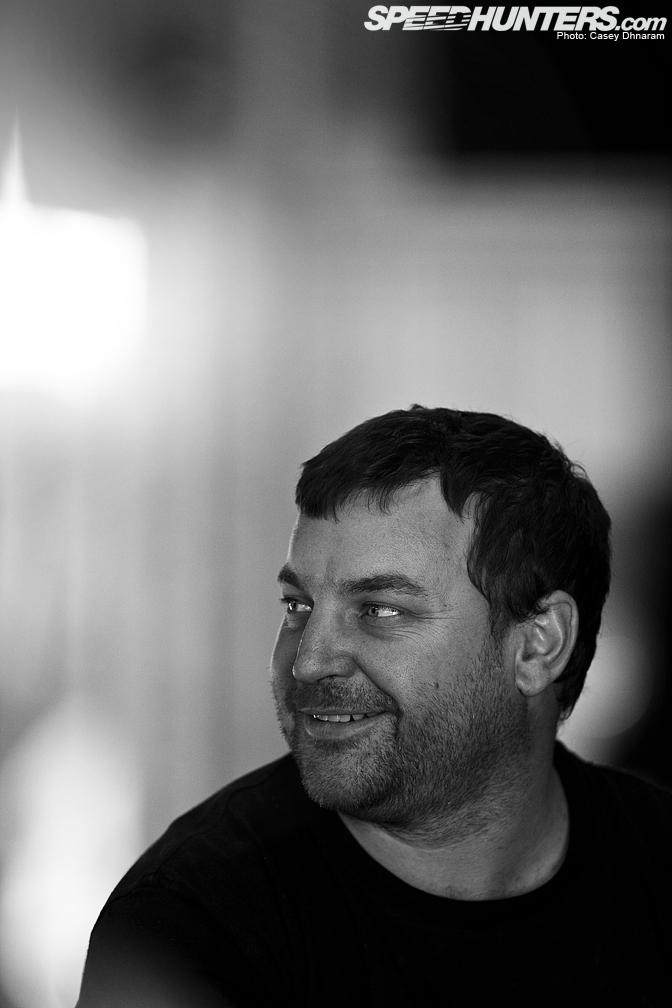 Speedhunters: Scariest moment of your career?

When Russell Newman drove my car at Bathurst!

Speedhunters: What were your thoughts on the World Time Attack Challenge earlier this year?

World Time Attack was fantastic. I can't wait until next year. I really enjoyed the lead up as well as the event. It was good to see how fast these cars really were. 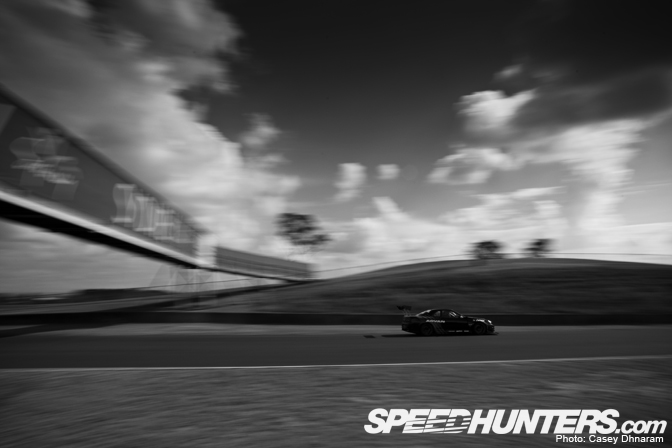 Speedhunters: What are the plans for next year? 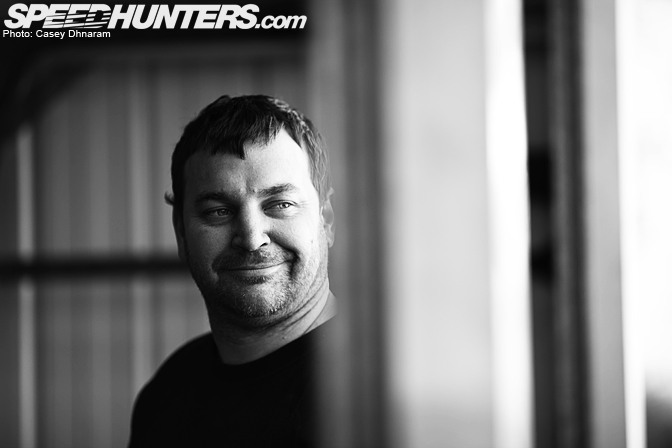 Speedhunters: What are the most important factors in building a Time Attack car?

Weight and downforce. The Tomei Cusco WRX proved it's not all about horsepower.

Speedhunters: Is the R32 GT-R still being driven or has it been retired?

The R32 GT-R will always be driven. Russell Newman drives that car and I will step into it at any opportunity that I can get as well.

We will be developing the R34 a bit more. Hopefully we can get our team a little closer to the guys from overseas. More power and more downforce.

Speedhunters: Where do you see the Australian Time Attack scene in a decade?

I really enjoy racing and the type of cars we race. I think that the Time Attack form of racing is great. It's easy on the car, you're not racing door to door with someone that is willing to drive into the side of your car because they think 'rubbing is racing', and the limitations that are put on the class are very relaxed so you can actually build a car the way you want. I personally think that Superlap will be here for a long time and I want to be a part of it for as long as possible. 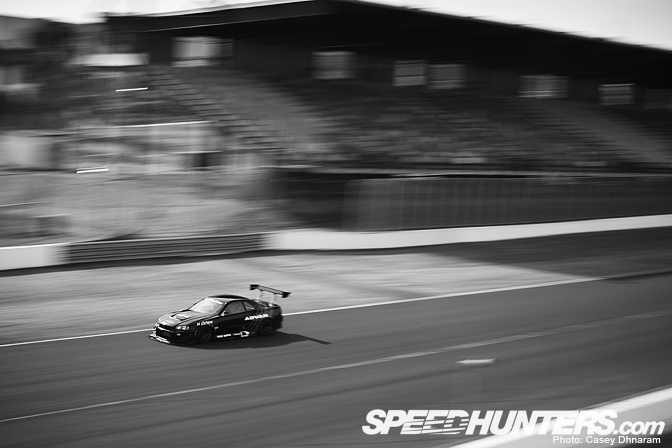 Speedhunters: Major differences between the R32 and the R34?

The main differences between the two cars is the suspension geometry. We tried to take what we learnt from the R32 and put it into a new package. Overall the cars are very similar even though they look different. 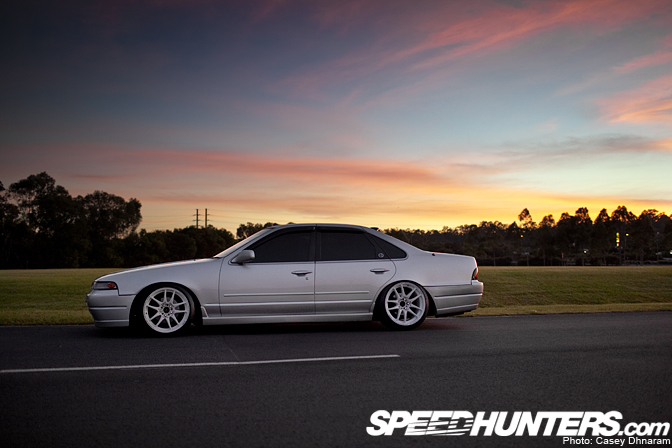 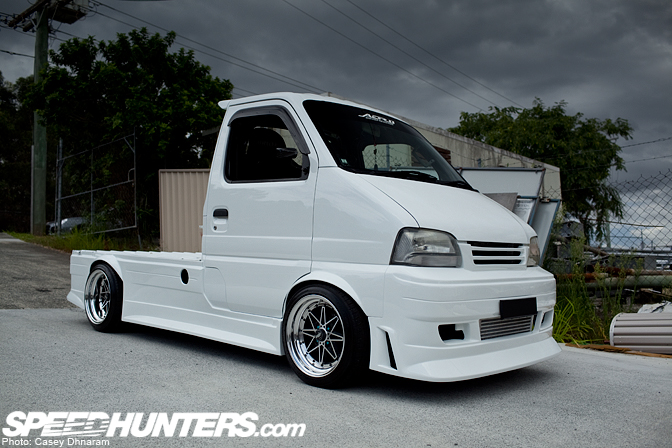 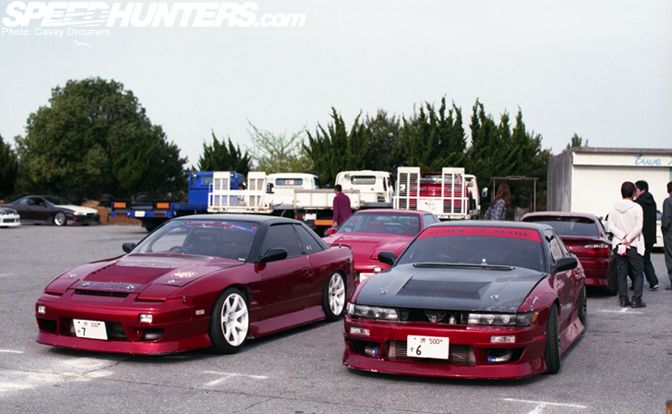 There was a lot of talking last year about Mr. Berry and his Skyline and how fast they were.

Lots of speculation. Then when the world Time Attack Challenge was over the talking was non-existent.

It's safe to say: "don't sell the bear's skin until u catch the bear."

The first picture of that Gt-R would make a great desktop!!!Please!

I can't wait to get into Time Attack, i've always wanted to race in them, nice pics dude and awesome GTRs!

Nice article as usual, though the black/white photography doesn't really do it for me for the non-portraits. Especially on the garage shots its annoying.

There was a lot of talking last year about Mr. Berry and his Skyline and how fast they were.

Lots of speculation. Then when the world Time Attack Challenge was over the talking was non-existent.

It's safe to say: "don't sell the bear's skin until u catch the bear."

Aside from Tarzan's Titanic Time Bombers and Luff's Elise Sierra Sierra Enterprises told me that Mark Berry's Skyline will be one to watch out for in 2011. HUGE respect to the High Octane crew for getting the portly, albeit beastly 34 up to serious speed against the featherweight Elise, as well as the Evos, STIs and FDs. I for one, cannot wait for this battle to resume at Eastern Creek next year.

Mark was the fastest owner driver. Building a car in your own shed and driving it yourself is pretty common in Australia and New Zealand. We like being underdogs.

Understandably having a hired gun is part of Time Attack Racing.

can't wait for the next WTC

B&W photographs ain't working for me...this really should be in color.

Alex......... I think you misinterpreted the exciting hype leading up to the WTC. Before the event, Mark and his team were the King of Australian Time Attack. They were creating hype and it was fun to read. Having met Mark and his crew in May, I can assure you they are the nicest, most down to earth people you could meet, and run a first class effort. We at Sierra Sierra felt the WTC event was second to none. Like Mark, we were humbled by the speed of the CyberEvo. We too learned that Weight and downforce are the key to this form of Motorsports. Hat's off to Mark for their success in 2010, Considering how heavy that GT-R is, They did phenominal. Can't wait for Australia in 2011. See you soon WTC !!!

I also would like to add that meeting Mark and the Hi Octane team was one of the high points of our (SSE) attending the WTAC event. The Australian hospitality and passion for motor sports, more specifically TA, is second to NONE and I can only wish that we had the same enthusiasm in this country.

I can also guarantee that at next years WTAC event, the Australian contingent will be a force to be reckoned with and the rest of us better be prepared lest we get our a$$s handed to us, hot off the Barbie.

has anyone made a joke about mark loosing a bit of weight? haha just kidding i love his work!

I hate black and white pictures, you can not see any detail