Though it didn't win the Pokka GT Summer Special at Suzuka, the Dunlop-shod HSV-010 led a good part of the race (on three separate occasions). It was the first time the tyre maker's been out front all season.

Qualifying wasn't kind to the CALSONIC IMPUL GT-R, the blue machine would start 11th after having its fourth engine of the season installed over the course of the weekend.

Meanwhile, coming off of their first ever win, the Real Racing Honda HSV-010 GT of Kodai Tsukakoshi and Toshihiro Kaneishi showed promise in qualifying with fifth, and were also strong in the Sunday morning warm-up session (pictured).

With victory at Suzuka in the opening round of the season, there was some pressure on the KONDO RACING car to perform, but after qualifying, the machine would start from the sixth row of the grid.

This gigantic insect (about 4 inches/10cms long) didn't look too pleased when I inadvertently invaded its space at the outside of the chicane. Can you say 'Locust'? Insane bugs at Suzuka!

Third driver and SUPER GT rookie Takashi Kobayashi made history the previous day in official qualifying, taking pole position on his series' debut for the ARTA HSV-010 GT. Though he wouldn't get seat time in the race (as happened with 2007 joint winner Oliver Jarvis at TOM'S), Kobayashi has his name indellibly stamped in te annals of Japanese motorsport in its longest-run event. Not bad for a National (read: not Championship) class driver in the nation's F3 championship. That guy's got a future – and I'm guessing it might be with Honda!

Impressive also was the #27 LMP Motorsport-run Ferrari F430 in GT300, drivers Yutaka Yamagishi and Hiroshi Koizumi steadily making their way closer to the front with every round. It's their first season with the Ferrari, after Yamagishi campaigned a Porsche over the past two seasons.

Another indication of the interest SUPER GT draws internationally, multiple World Series by Renault Championship race winner and former GP2 Asia and F2 driver Milos Pavlovic was in the paddock on Sunday morning, no doubt looking for any competitive drives on offer for 2011. The Serbian driver has an impressive single-seater career behind him, including the 2002 Italian F3 title and winner of "The Ayrton Senna Trophy" at the World Cup of Karting in 1996. Might even see him in Formula Nippon!

Light cars lead. And it's a good thing there are so many Hondas out front!

While 2nd place was fought over by NISMO and TEAM KUNIMITSU

Dunlops out front. Haven't said that in a while. They were there on three occasions in the race (each time on the #32 EPSON car), and only disaster at a fourth pit stop late on would rob the Nakajima Racing crew of a certain big-haul, though they did finish seventh – just ahead of Andre Couto and Kohei Hirate in the other Dunlop-shod car in GT500, the #39 DENSO DUNLOP SARD SC430.

This is the back of the pack in GT500 in the early stages. Interesting as it's (from left to right), winners of rounds 4, 2 and 1, with the reigning champions running out front. There, does that explain success ballast?

Lots of battles in GT300 made it exciting to watch.

This photographer was one among many in the public areas, all aiming for that perfect shot.

Just like on the race programme: by lap 27 the RAYBRIG HSV-010GT was leading. In all, four of Honda's five HSV-010GTs would lead this blue-riband event. The only HSV not to run up front was, ironically, the car that now leads the points' standings, the #18 Weider HSV of Loic Duval and Takashi Kogure. Not a bad weekend for Honda at their home circuit.

Back in the GT300 class, the LMP Motorsport F430 GT continued to impress, despite a couple of 'gravelly' moments for Koizumi early on.

Holding his own: Andre Couto moved up to fifth in the opening stint, and then kept it there.

At the driver switches, Lotterer handed over to Wakisaka.

While Ide continued out front, in what would turn out to be an impressive drive.

The KONDO RACING GT-R suffered gear selection problems early on – by lap 7 in fact. The car went back out later on, but was soon in the garage again, and eventually retired on lap 59.

Having won Rounds 1 and 4, the M7 MUTIARA MOTORS RX-7 went into the Suzuka weekend leading the championship. Its 88kgs' success ballast kept it away from the front (it started 19th in GT300, 32nd overall), but the car made inroads all afternoon long,  and was already 20th by lap 26 (8th in class).

…as the Legacy B4 GT300 continued to run perfectly, by this stage out in front.

Also impressive was the F430 GT of Tetsuya Tanaka and Katsuyuki Hiranaka, Tanaka having gained 10 positions in the first 19 laps.

After the intense heat of the early afternoon, by the time the sun went down, it was no cooler at all! Crazy. This is the Japanese summer: brutal. It was still over 33 C after the race ended at 7pm.

Last year7s winners hold onto fourth place with about 30 laps to go.

The RX-7 ended up 6th in GT300, and are only six points off the lead with two races to go.

Leading for the third time today – this is on about lap 94, just a few tours before disaster struck in the pits when a wheel wasn't secured properly. Even with the late delay, the car went on to finish seventh.

This pair were also very aggressive later on, stealing fourth place from last year's winners (the #35 KRAFT SC430) in the closing stages, which went on finish fifth behind the blue Honda.

And the reigning champions – took the last point with 10th.

Another solid result for the GOODSMILE RACING with COX 911 GT3, it taking the final scoring position in GT300.

While the Iguchi/Kunimoto pair lost out on 2nd place just three laps from the end to class veterans Nitto and Takagi in the #43 ARTA Garaiya, this Corolla AXIO pair have proved they've got not only pace, but serious consistency too. Ones to watch.

Morio Nitta and Shinichi Takagi in the ARTA Garaiya – the winningest pair in GT300.

But the glory in GT300 goes entirely to the R&D Sport squad for nailing SUBARU's first victory in the series with the Legacy B4 GT300.

While the guys who needed to win it, did so. Despite a 40-second delay in the pits early on, the Firman/Ide pair netted one of the best results of the season. Roll on Fuji. 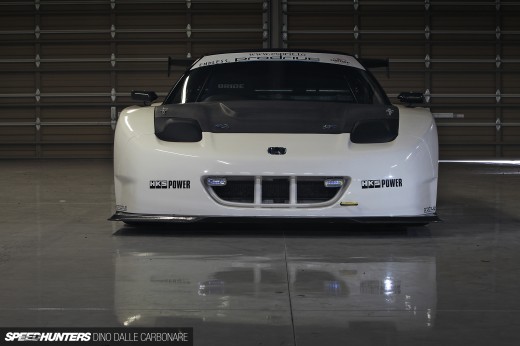 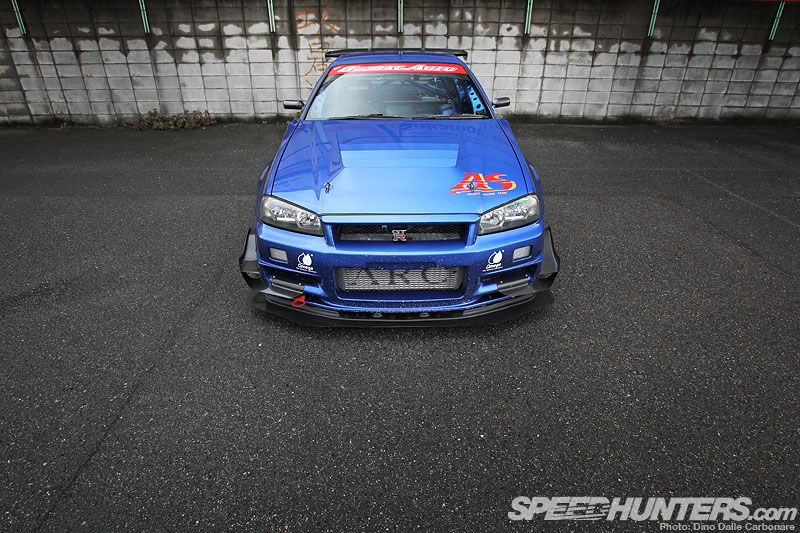 The Best Of The Best: Global Auto’s Skyline Gt-r