It looks like the FIA GT1 Championship will be getting even more exciting, with Motor Trend reporting that Toyota plans to campaign the Lexus LFA supercar in the series.

After running at the Nurburgring 24H for a few years, the world's top sports car series is a logical next step for the LFA. Full details on the program haven't be released, but veteran Japanese drivers Juichi Wakisaka and Takayuki Kinoshita are reportedly on board with the team.

How cool it will be see the LFA going against the GTR's and the other established GT1 competitors? 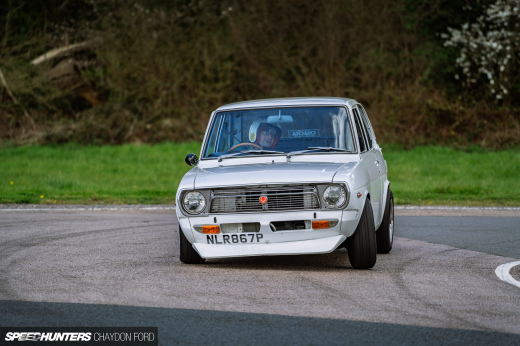 Nice! Good to hear it, but please oh please HONDA! The HSV-010 in FIA GT1 would be pretty cool

Lets see what these things can do

The more the merrier. Excellent.

Nice! now how about Honda?

Wouldnt call it official just yet, or even admit to it happening - its all based on 'sources'.

I think there should be a question mark at the end of that post title. This is all based on one MT column quoting unspecified 'sources', it's not an official Toyota announcement. Let's not get carried away just yet.

Sounds great, but the article does mention that Lexus might take the LFA to Le Mans. -Which would be impossible if they did it using GT1 regs.-

It would be EXTREMELY cool.

Not a fan of the LFA, but it's always nice to see more diversity in FIA GT1. Good move, Toyota.

or as DaxFlame would say, lets see what can do.

While it would be good to hear the fantastic V10 in other places than on the Nordschleife during the 24 Hours, I have some difficulty in accepting the Motor Trend article's premise that the car will run in GT1 or at Le Mans next year.

The FIA GT1 World Championship operates on a "franchise" basis, so for a new competitor to bring in 4 new cars, two teams of two, someone has to drop out. This could be Corvette, since the destruction by fire of one of the C6-Rs at Silverstone, though a fourth Vette appeared at Spa. Having said that a thorough application of money from a manufacturer with the resources available to Lexus might smooth over any problems. Certainly when the current models from Maserati, Aston Martin and Corvette fall out of homologation in 2012, there will be space on the grid.

More over since getting burned in 1997 & 1998 by the factories, Stephane Ratel, head Honcho of the Championship, has steered away from direct manufacturer involvement, a official Lexus entry would appear to fly in the face of that principle, but a fig leaf of a pair of "customer teams" could save any blushes in that department.

Finally the Motor Trend scribe babbles about seeing the Lexus on the grid in next year's Le Mans 24 Hours. If he knew what he was talking about he would know that the ACO has dropped GT1 class cars for all their Series after 2010. It may be that the car could be massaged into GT2 where it would take on genuine factory teams but it will not appear at La Sarthe in GT1 format.

Of course Lexus might well do both, because they can.

Still what do I know about all this?

This news is most excellent.

Great news! Saw it all the time at the Nürburgring in the recent years. Looking forward to see it in international GT1 racing!!!

If (and its not confirmed) the car is converted to GT1 spec, then it cannot run at Le Mans. The LF-A racer has cost a fortune to develop with very little result, so Toyota want a return on their investment. FIA GT1 is the only arena, outside of VLN where it could run in Europe.

This project hasn't been confirmed yet, things did stall around the time the ACO and IMSA scrapped GT1 for Le Mans, LMS and the AmericanLMS and the Intercontinental World Sports car challenge, but if MotorTrend are right, then its back on.

If, and I expect it will, does happen, then this is great for the series who desperately need new entries rather than Grandfathered in cars to make up grids.

Don't forget, it looks like Matech and Ford will probably depart as Matech is updating the Ford GT GT1 to GTE (GT2 in ACO//IMSA speak) to run at Le Mans, LM and maybe ALMS. I'm not sure the Maserati is running the MC12 in 2011 either.

The Honda will never be allowed in GT1 - its not a production based car.

FIA GT1 has a tough job. As a car company who wants to race, you can construct any number of cars and run them around the world in ACO championships including Le Mans....OR...build a GT1 spec car which can only race in one series (maybe Spa/Nurb 24 with mods). On its side, it has some awesome machinery, great online coverage and very well presented.

btw- hardly think the FIA GT championship is the worlds top sportscar championship. Look at the ALMS, LMS before you can make that claim. Its hardly on anyone's radar (yet) outside of this site and maybe Endurance-Info

This thing is going to get owned. It cant even beat the falken z33 in 24h nurburgring.

Interesting, I see FIA GT1 World is tweeting about this....I doubt they would if it wasn't going to appear......

Insider does make a good point though. GT2 (or GTE as it will be called by ACO) and you can race at Le Mans, ALMS, Intercontinental and the Le Mans Series. In GT1, your exposure is in the hands of one championship.

Not sure if Matech (Ford GT) are actually leaving GT1, the press release had been carefully worded, but new chassis will all be GTE Spec (and they say they have orders) developed from their GT1 car, no mention of what happens to the four current chassis with Matech and VDS. Maybe you know more?

My own 2 cents: Toyota look desparate to do something top-flight, especially with the LFA. GT1 looks to me like the only viable arena for the car now that ACO has gone GT2-only - I just can't see Toyota wanting to put the LFA into GT2 with the possibility of being publicly beaten by a 'mere' 911/M3/F430 i.e. cars costing only 25-50% of the LFA in road-going form. Le Mans as a race may resonate around the world, but I'm not sure the new class structure suits the LFA's market position at all.

GT1 is a bit of a strange beast at the minute, feels a bit wierd with only 1 class and sprint races, but I wouldn't underestimate Ratel's ambition for one second. It's still in it's infancy at the minute, and the new formula is unquestionably better geared for mass appeal, and if he can get some decent penetration into North America and Asia (China/Japan) then it may take off in a big way. The opposition in GT1 is much more 'LFA-class' anyway.

But what comes first, chicken or egg? Do manufacturers follow the exposure, or does the exposure come from manufacturer's involvement? If Toyota take the leap of faith (and my take is that they'll probably be campaigned by semi-works teams like a new TOM'S Europe or something like that, not a 'full' factory effort, thus keeping Ratel's vision pure-ish), then it could lead to a real crowd pleaser. The new GT1/GT3 format may be missing something vital for a lot of hardcore sportscar racing fans, but manufacturers and their marketing pitbulls aren't really interested in us (and rightly so; we are freaks!)

My opinion's probably a bit late, but I say bring it on - GT1 could work if enough folk take the leap.