The majority of you are probably familiar with my trip down to Adelaide, Australia a month or so ago. I not only shot Jake Jone's S13, but also managed to cover the G1 Extreme Drifting competition at Mallala Raceway.

Arriving at the location, I was unsure if it was the sub-zero temperatures or the anxiety of shooting a new track that had my body shivering in 4 layers of jumpers. Either way I was hyped to be photographing G1 drifting.

As the long awaited dawn broke in the distance, I waited patiently on the grass hill for the sun to warmth my body. I have to admit it was quite a spectacular sunrise over the track.

Shortly after the cars had been scrutineered and the drivers had their briefing, it was time for some action! This SR20DET powered KE70 wagon wasn't holding back one bit. One of the first cars on track, the driver was eager to take on the big guns.

Along side the KE70 wagon is the little red KE70 hatch, also fitted with a SR20DET, these guys definitely made a good first impression not only on the crowd, but on the judges.

The smoke these two cars were putting out was awesome… 2 liter turbos in little cars like this must be an amazing experience to drive.

The last corner is a long, wide and fast corner, I'd say it'd be the favorite of the track. The outraging noise of the top of 3rd gear with an external gate sounded quite amazing!

A big plus about Mallala Raceway is the grandstands for the audience. It allows everyone to sit down and relax whilst the action is right in front of you. I enjoyed shooting behind the fence at times and getting an audience's feel to some shots.

Here is Josh Coote's 180SX, it was great to see someone at G1 from my home town. It's always a pleasure speaking with Josh and his friendly family. The car was looking spectacular as always.

The afternoon came around before we knew it, and the competition was heating up… More spectators appeared on the surrounding hills.

Here is Jake Jones speaking with Josh Coote and his father. Josh's dad's business, MCA Suspension have now got Jake Jones on board with sponsorship.

The pit area was a nice set scene at the time.

The wait in between battles were pretty tense. We were all on the edge of our seats waiting for the next rounds to begin.

Top 8 had come around quickly and it was Josh Coote and Simon Michelmore up next. Unfortunately Josh got knocked out in this battle by Simon, but both drivers drove unbelievably well.

Whilst the sun was setting, the clouds were rolling in, bringing some very artistic lighting to play.

Here is Josh exiting the last corner coming on boost! I've never seen a car in the whole Australia drifting scene quite as fast as this machine.

The sun produced me some awesome silhouettes of cars on the last corner and a white trail of smoke to follow.

Did I mention I love shooting this time of the day?

It's always such an awesome experience shooting a new track. Mallala is one to now happily cross off the list!

I would love to once again thank Jake Jones for making this trip possible. 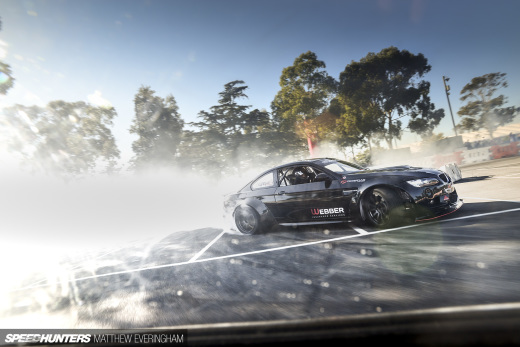 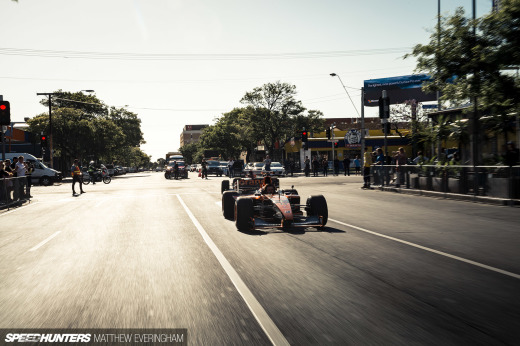 Bringing The Noise To The Streets Of Adelaide 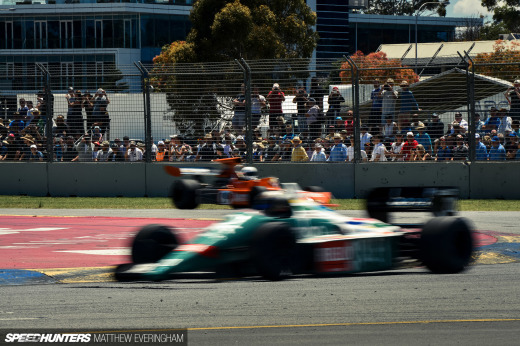 Casey, that is unreal man.

Made it so much more than just drifting.

Man i got excited, i saw the title on the RSS feed and thought this was going to be a feature about the Gaijin Grand Prix (G1GP), even though that isn't until the 20th this month. Weak.

Also, they don't call it "magic hour" for nothing

Epic epic epic shots man. I hope you can make it to Lakeside on Saturday for Evo Nats.

I love the photos. My only complaint..I wish the some of the photos of the cars werent so far away.

Desktop of the SRE70 smoking it up, or the sun shot.

I'm even the feature of one of them lol

I normally love the artistic quality of this website but I can barely see the cars in this post and that is supposed to come first.

YESSS! thats my wagon awesome shots and write up!!!!

Blog title implies more competition, but the photos are more about the atmosphere of the circuit rather than the competition. Different title may alleviate some of the wishes for closer shots of the cars.

while josh is a good driver indeed, there are definitely faster cars/drivers out there man

Awesome pics as always Casey, and was more then happy to have you down

Look forward to next time mate!

Sorry Casey, I'm gonna have to go ahead and agree here and say that it IS too much like Linhbergh's stuff. It really is nice to have another Linh on the other side of the pacific, but it's left you without an identity. Again man, no offense, the shots really are unreal, but when are you gonna show us your own personal style and not just probable and plausible emulations?

Nice coverage but the pictures are too low res to take in anything on here. The up close and personal ones with the characterstics of the car are much better. Got tired of looking at Sky and Darkness. Otherwise, good stuff. You usually pump out good photos.

Awesome photos and write up Casey. Can't believe my little red KE made it up. Great work

i could barely see the cars... too artsy

Less black, bigger pictures... its a blog ffs, not a studio gallery

was there only 4 cars entered?

felt a bit like that ^ bit more coverage of other cars is always nice. good job anyway.