You could have walked up and down that Sydney street a dozen times and you'd be totally oblivious to the fact that there was a car meet going on just a few yards away. One of Australia's newest online car communities is VWGolf.net.au, and what better location to hold their car meet than inside a warehouse, away from prying eyes.

I like attending intimate car meets like this as there's no flaunting or pretence; just a tight community who want to get together with those who share the same passion. You could almost say these meets are more about the people than the cars themselves! 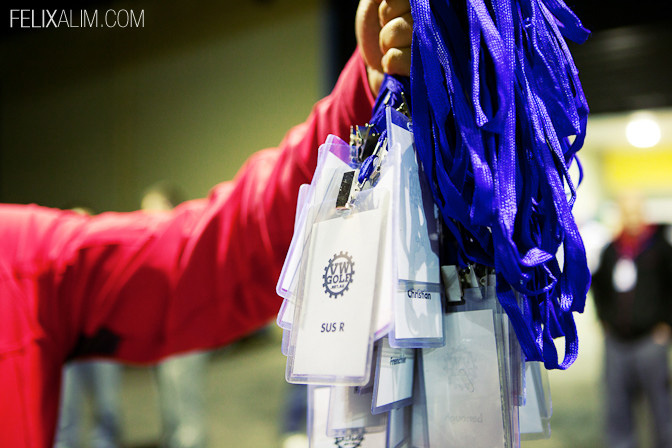 This had to be one of the most well organized meets I've attended. Each member of the forum received a lanyard to help match up the faces to the usernames… 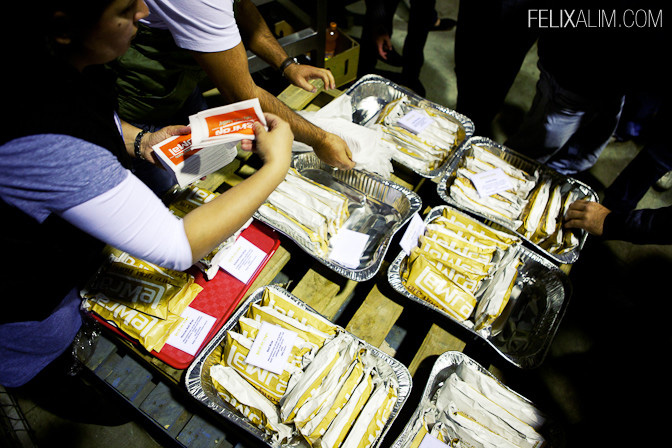 …and it was fully catered as well. Very impressive for a free car meet! Well done to the forum's creator Christina Lock for doing all of the hard work behind the scenes. 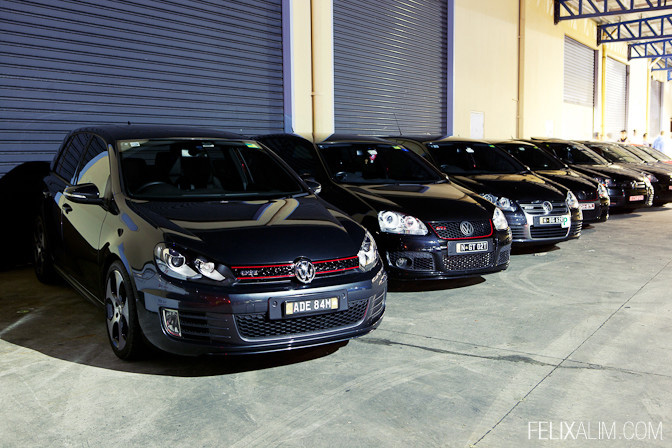 The Golfs were also painstakingly parked according to their color. 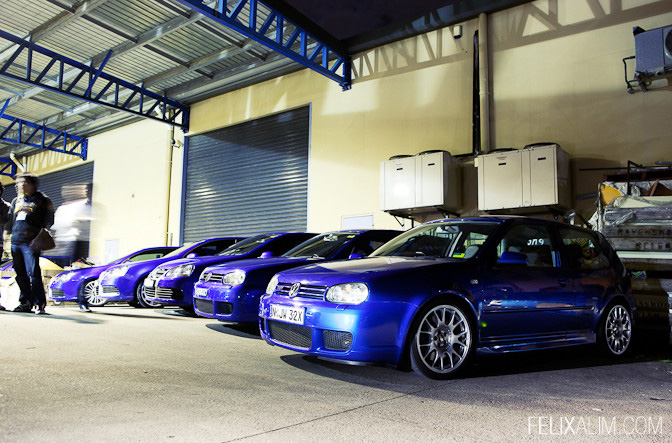 Here's the contingent of blue Volkswagens. 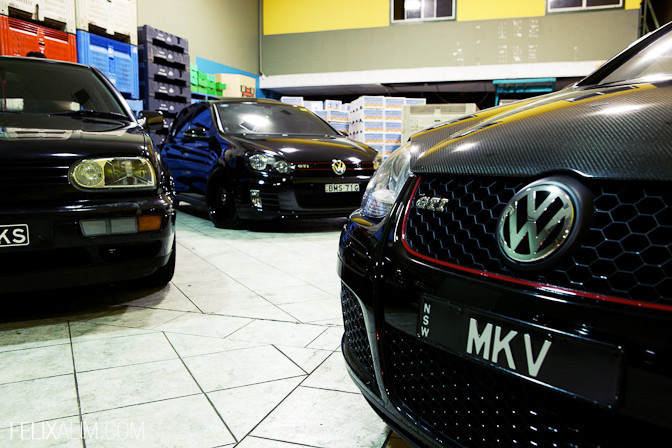 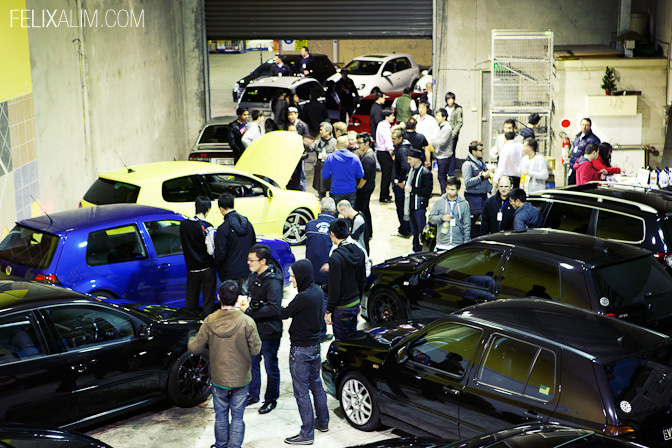 One of the forum members kindly let VWGolf.net.au use his warehouses for the meet, which was perfect as it meant there were no hassles from security or the authorities. 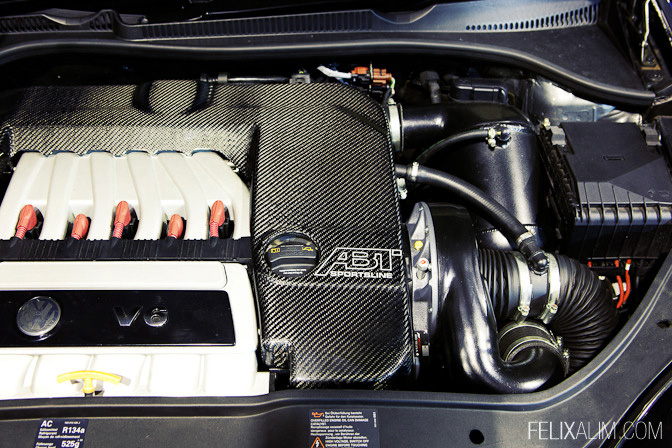 Here's a Golf fitted with the German-made ABT supercharger. It's an expensive piece of kit here in Australia and reputedly there are only two R32s with it in the country. This is one of them. 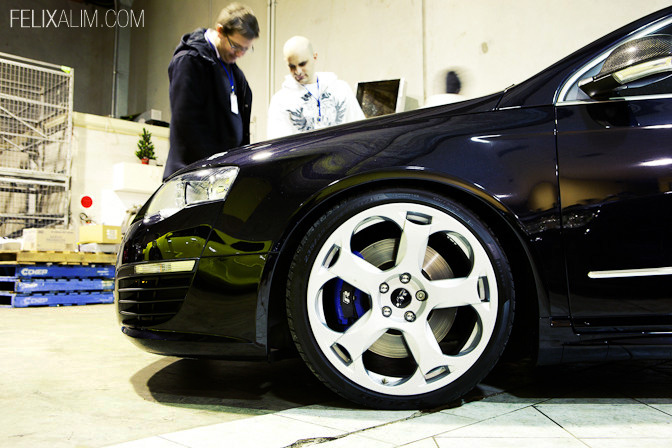 These rims caught my eye. I couldn't pick it at first, but they're the stock wheels from a Lamborghini Gallardo. The owner sourced two pairs of front wheels to fit onto his VW. 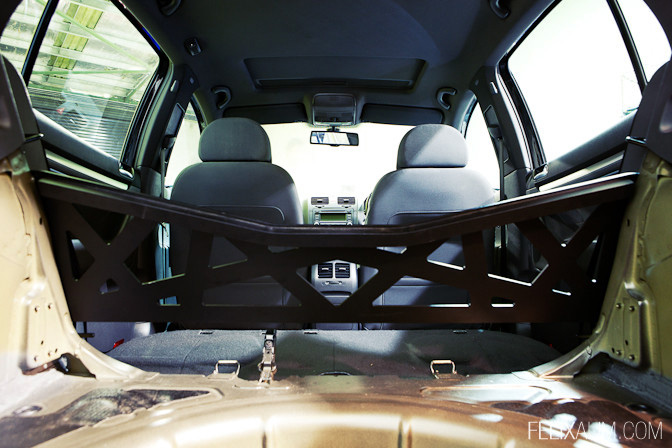 Justin Fox – the creator of JDM Style Tuning – has stripped his Golf GTi. Linking both ends of the body is the triangulated aluminum UNIbody brace. 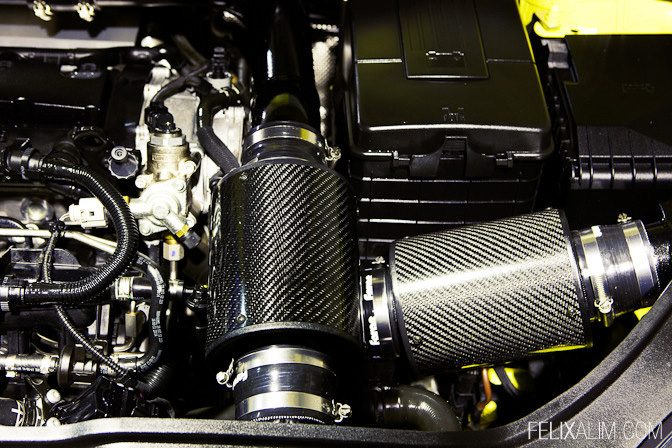 This is the Twintake induction system from Forge Motorsport, which claims to unlock an impressive 17hp. 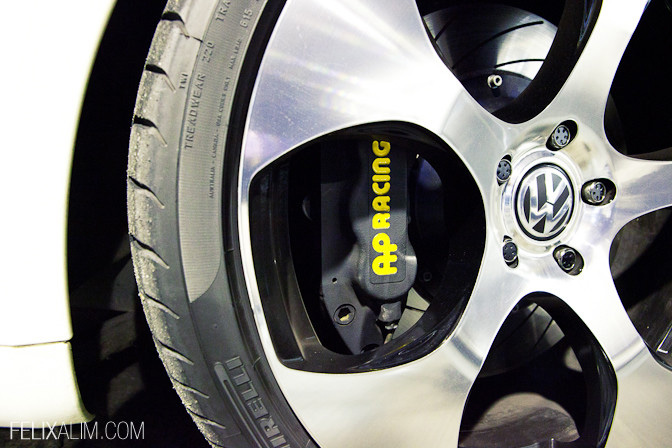 There was a fair share of Japanese produced components on some of the Golfs. A handful of purists might say it's sacrilegious, but I've notice that, here in Australia, there's a growing number of European cars fitted with Japanese manufactured components. Perhaps it's because there's a whole new generation of Japanese car enthusiasts that are graduating to European cars like the Golf, and they're bringing their familiarity of Japanese parts with them. Here's Tendy's GTi which rolls on a set of Japanese-made 19-inch Alpil W12 rims. 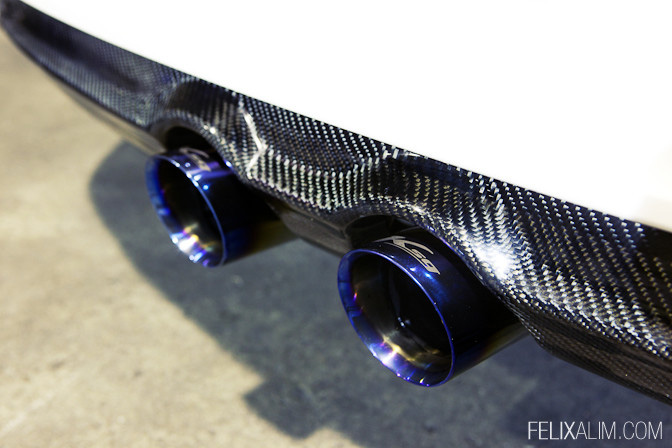 Christina Lock's R32 also features plenty of Japanese hardware, including rear carbon valance from Newing, and a sexy Kreissieg exhaust. The Kreissieg exhaust has a feature known as Valvetronic, which allows you to control the noise output by remote control. 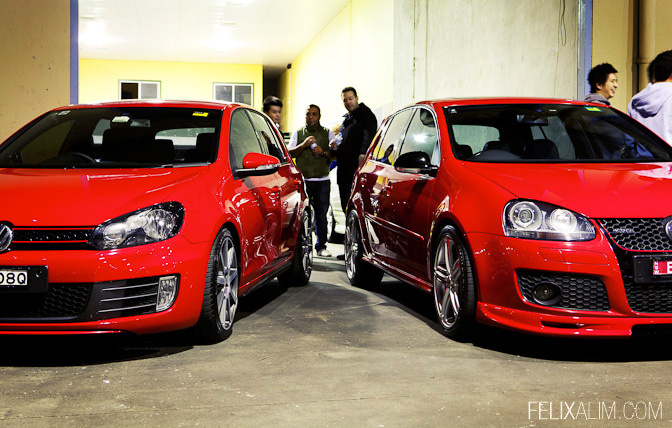 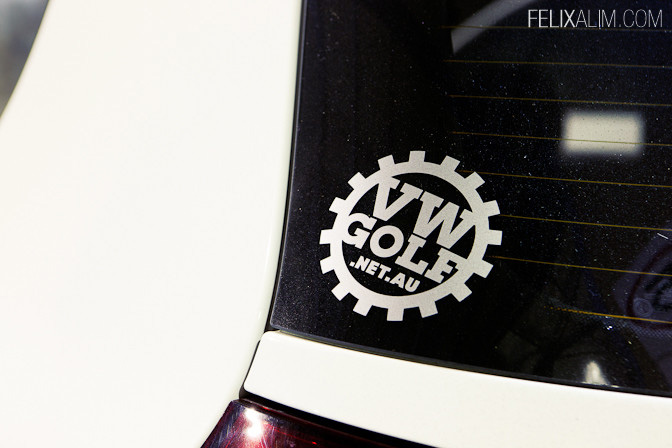 Organizer Christina is a graphic designer by trade and she and Van came up with this cool logo for the forum. 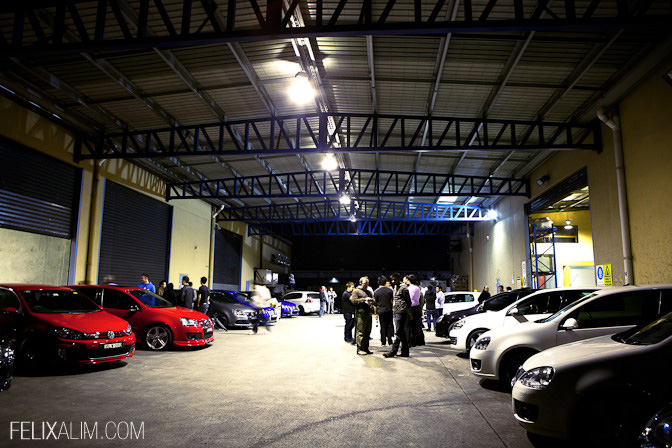 Despite the freezing winter weather, it was a great night that really set the benchmark for forum car meets. If you're an avid Australian Golf fan, be sure to check out the VWGolf.net.au community.

Ditto with the red MK5 next to the MK6.

this is the video for the supercharged golf

Refreshing to see some VWs that aren't dumped on BBS rims. Function > form!

Excellent! it looks like it was mostly newer models (last five years), but still excellent! i wish our VW meets here were that well organized and catered

we just meet in a parking lot every week

some small things to point out:

- the picture with the two red golfs, the rev mkv is a GTI not r32

- Tendys car is also a GTI

- Christina didn't design the logo another member off JDMST did

- authorities came to question towards the very end

What a terrific community, and great coverage by Charles and Felix of the night! I can only hope this great bond continues as VWGolf inevitably grows.

Photos are great. Really captures the friendly atmosphere of the event.

Not many people might have noticed this but, welcome to Speedhunters Charles!!!

A great feature to start your post with, especially a V-Dub meet as cool as this!

Great write up Felix. The Vwgolf.net.au community is growing on its own and the people are really nice. Well done to everyone.

Wow, that meet is seriously beyond anything I have seen. What an awesome community being able to throw that together.

Also congrats on landing at Speedhunters Charles, looking forward to reading more of your stuff. Autosalon Magazine will be sorely missed, Nothing else has the pizazz that it had.

This a only a small gathering of the Volkswagen scene in Australia.

Its a real shame that the world is only seeing a few DSG MkV's instead of some of our hand built Mk1's or the cars that are owned by Volkswgen people not some new kid with heaps of coin.

I will give props for getting active and involved.

Thanks for the props Guru

Sad you see it as a joke though, we're a bunch of good people and we're in no way at all trying to compete with "Volkswagen people who hand build their cars" or anyone else for that matter. We're just pumped about meeting some cool people offline and we're quite proud of what we've been able to achieve in the space of just a few months too.

Thanks Charles and Felix for covering our little meet. Thanks to the Speedhunters team for running it too!