Autosport, the magazine,  will be 60 years old in 2010. So at the Show that uses its name, the Autosport International, it seems appropriate to celebrate this anniversary. So to kick off the SpeedHunters coverage of ASI I thought I would have a quick look round that particular stand.

Of course being Autosport the majority of the cars that make up the exhibition are from Formula One, just look at the intricate arrangement at the front wing of the Renault.

But it is not all F1 as this iconic Lotus Cortina proves. The clean lines hold a timeless appeal.

So here's a backward glance at Formula One. A Maserati 250F shows a well rounded Italian rear.

Here is the high tec trickery of the Williams Renault FW14B. Nigel Mansell won the World Championship that year armed with one of these.

But that pales into insignificance compared with a 21st century Renault.

For all SpeedHunters the big news is that the new Nissan GT-R GT1 run by Sumo Power GT (UK) will be the official partner to NISMO for 2010.

I will take a detailed look at this project next. 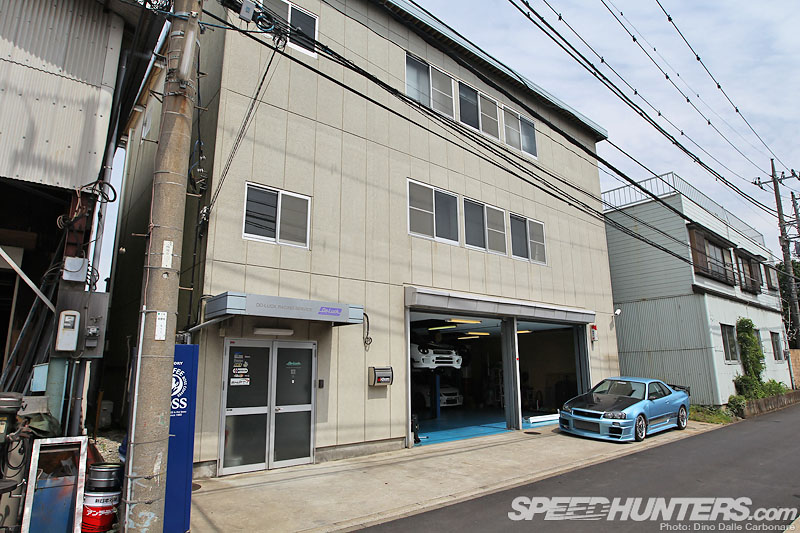 Do-luck>>
A Behind The Scenes Look

love the cortina and the maserati, two timeless cars

A guy I know is going there this weekend. He races karts so I guess its the f1 cars he's interested in but i can't wait for more on the GT-R

Ha these pics are up quick, I was at the show today and I have to say the GT-R is sick, kept visiting the stand to see it, looking forward to seeing the write up on it

Love the rear photos of the F1s, it shows the evolution of technology.

I'll be there tomorrow, can't wait

Wish I were there.

Great show, i'll be there on Sunday aswell

Godzilla is back where it left with the R32!!!!

The GT-R was awesome. Was there yesterday with some mates. We got in early as they're all MSA licence holders.

Took some photos but they need a lot of processing as the lighting is just so hard to work with.

Can't wait for the Bruce Mclaren festival next weekend!

Mansell's Championship winning FW14 brings to mind him giving Senna a ride back to the pits.

Ayrton sitting on the side pod, hanging onto the air-intake/roll-hoop (was that British GP '91/'92?)