Well, we hope everyone had a fantastic Christmas weekend. Now for a lot of people it's time to dig in for those tough few work days between Christmas and New Year. After the exhausting process that was tallying the votes for the 2009 Speedhunters Awards, we've finally gathered the results. We'll be announcing the full list of winners on Wednesday, but for now we have to show some love for the runners-up in each category. With the incredible amount of votes turned in, even these second place finishers have made a huge impact. 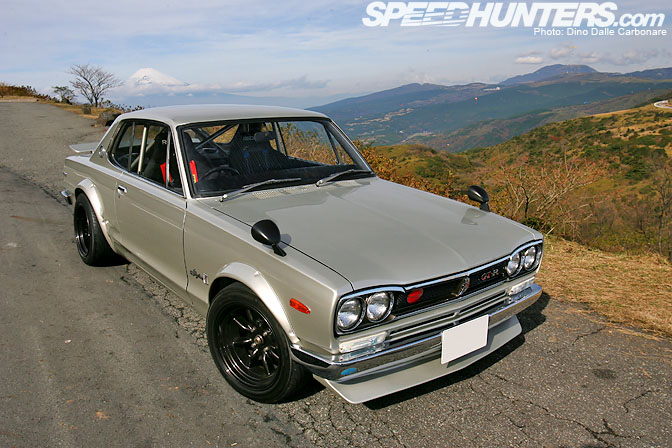 In the Retro Machine of the Year category, the Perfect KPGC10 Skyline GT-R was the runner up. 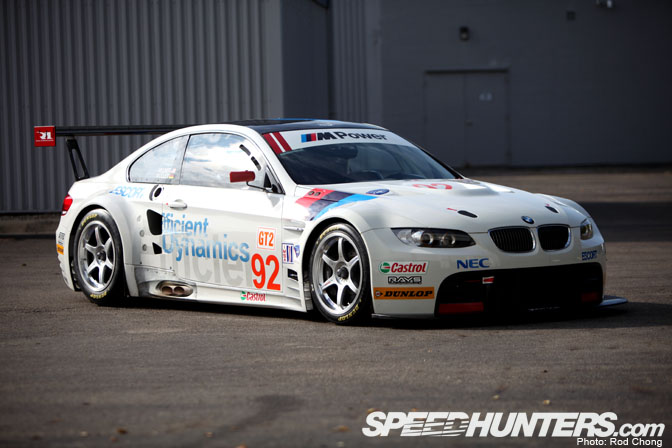 The Race Car of the Year runner-up is the Rahal Letterman Racing BMW M3 GT2.

Taking second in the Stance of the Year voting was none other than Matt Powers' Nissan 240SX. The readers showed they like a car that is flush, low, and still capable on the track. 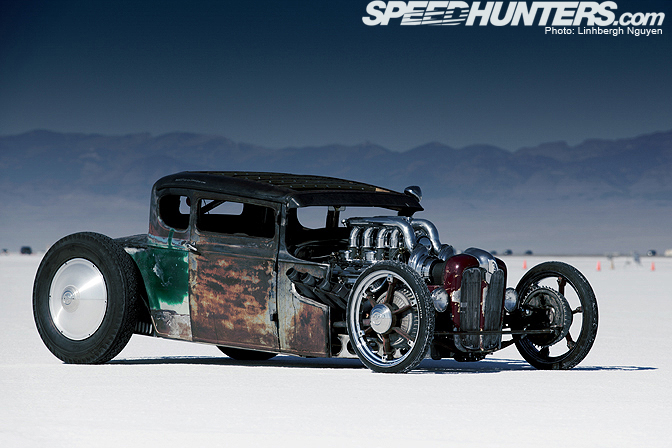 Rat of the Year was a tough category. In the end the runner-up spot went to the Little Boy 1930 Ford. 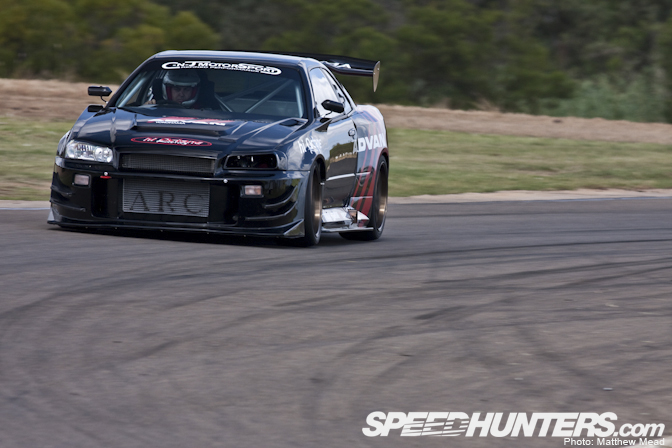 The Time Attack Car of the Year voting seemed a bit unusual with two sets of people voting up their favorites. Runner-up would go to the Hi Octane Racing Skyline GT-R. 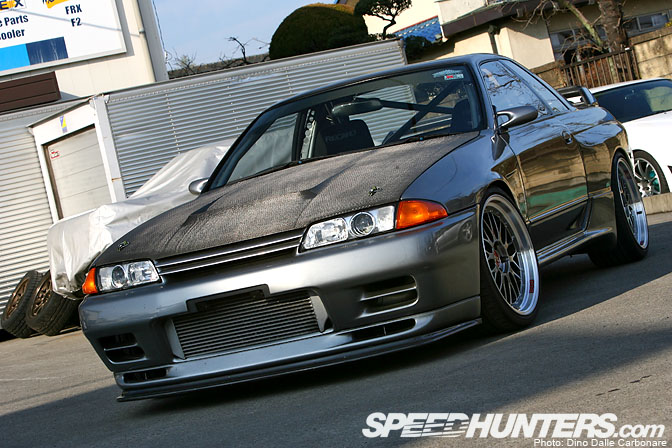 In Speed Demon of the Year, the Garage Saurus Carbon R32 GT-R takes the runner-up spot. 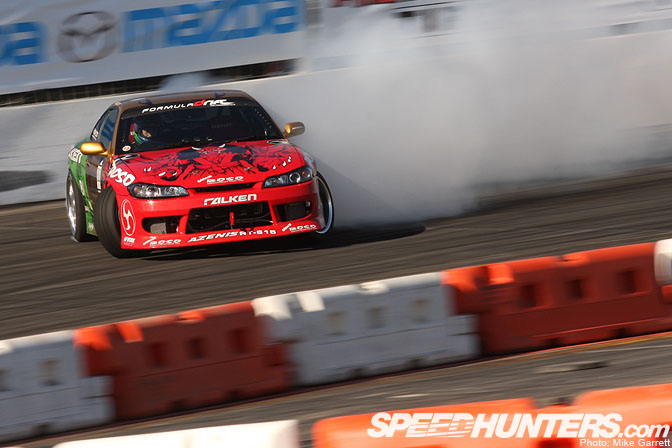 The 2009 Pro Drift Car of the Year runner-up is the Ross Petty Garage Boso S15.

The Street Drift Car of the Year category had an amazing voter turnout, with a just a few votes separating the top two cars. It would be Ameen Rizvi's Toyota Cressida that took the runner-up spot. 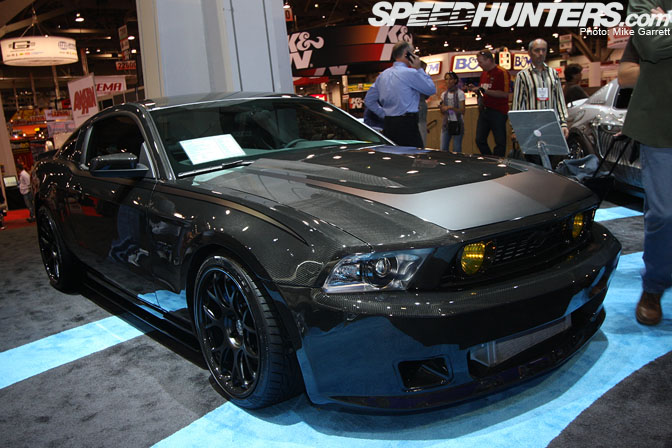 In the Demo Car of the Year category, you guys showed some love for Vaughn Gittin's Jr Mustang RTR-C. The RTR-C would end up taking the runner-up position. 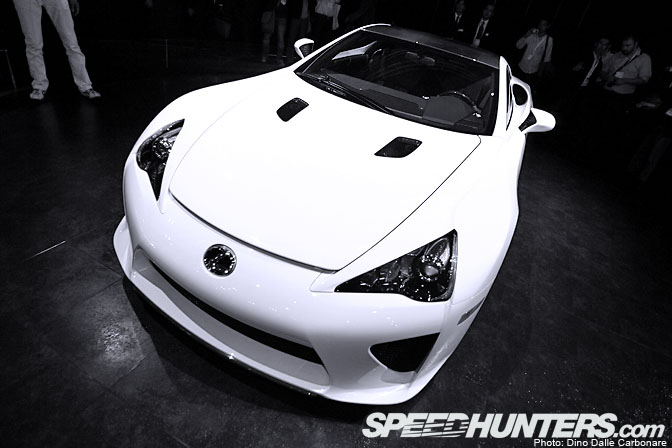 The results of the New Car of the Year category weren't terribly surprising. The exotic Lexus LF-A would be the runner up.

And finally, the runner up in the Personality of the Year category went to Top Gear's Jeremy Clarkson. I guess this just goes to show the influence that Jeremy and Top Gear have around the world.

Alright, that wraps up the list of runners-up for the 2009 Speedhunters Awards. Can you make out who the winners are going to be already?

Stay tuned for the full list of winners a little later this week!

i am the first one whit comments

Very nice list, I would have to agree with almost every one of these calls, including Jeremy Clarkson, he isn't the greatest but definitely up there.

Loving it!! Man, if these are just the runners-up, I can only imagine what actually won! Kudos to Matt Powers' 240SX and Jeremy Clarkson, I was gunning for you both.

Jeremy is my boss, perfect runner-up - not a new guy, but absolutely amazing:)

Clarkson is a tool. Disappointed in speedhunters for the nomination. Pure crap. Clarkson is a chauvanist moron.

apart from thaqt..all is good in the car kingdom.

Jeremy Clarkson for top personality of the year?

Top Gear is one of my all time favorite shows but....seriously??? tell me its a joke. Though I guess it could have been worse with other matt powers fanbois ...

Jeremy should have won.

in Personality i do not agree that Top Gear's Jeremy Clarkson should be ther, he dont make a good critics about some kind of cars that deservs a better comments, like japanese, or just watch when they make 350z episode, dam, the tv show its awesome, but not all tha critics, its because he is always making comments about super cars, and when its the time to critic some jdm or medium class car, he talk shit about it.

And now looking of the Stance of the Year I dont see the RWB Natty Dread 993.

Clarkson is the man! He is the embodiment of a tenacious car-lover! Too bad he didn't win first.

How did that '30 Ford only get runner up? If it came 2nd to that Z I put it down to the JDMTYTEYO' fanboys

thank god thet jezza didn't made it to the first place

haha. Clarkson is the sort of person you love to hate, or hate to love. While not everyone is always going to agree with his opinions and criticism, you have to admit he is still one of the best 'personalities' of the car world. Always amusing to watch whether you're hating on him or laughing along.

Well I'm kinda gutted the LF-A only got runner up. Although nothing else I voted for is in there...so who knows

WIll be interesting to see the winners.

im almost willing to bet that the yuta 240 has 2 first place awards with rat and retro, and im gonna go out on a limb and say stance as well.

im almost willing to bet that the yuta 240 has 2 first place awards with rat and retro, and im gonna go out on a limb and say stance as well.

If thats true I'll stop reading speed hunters for ever. that would be a joke

Oh! please please the shot of the M3 GTR as a desktop!

Well this pretty sums up all my votes. LOL, better luck next year.

If thats true I'll stop reading speed hunters for ever. that would be a joke

Bye-bye then. Iono why so many people hate on Yutas Z. Yes many fanboys jump on the bandwagon. But past of of the hype. It is a car that is going in the right direction..The rat look was not intended being he has had the car for only a few months and it is a project. Meaning it is still in the works. Not like all the other FANBOYS who rust their hoods and fenders to get that look.

Hating on shit people like right now is as fanboy as liking the shit. Just appreciate the work that has gone into some of these cars and go read import tuner or something.

hey speedhunters, like you should know jeremy is the man for some he is a perfect driver n also an excellent car journalist i hope that someday we can see a blog from him here on speedhunters