And now the moment you have all been waiting for. That's right, it's time to announce the winners of the 2009 Speedhunters Awards. This was our first time doing this, and we were blown away by the voter turnout. Whether or not you agree with the results below, there's something special about giving the community a voice, and we had a lot of fun watching the results develop.

Ok then, let's get on with it.

The winner of the Air Machine of the Year category is the Sessions Toyota Celsior. This shows you can never go wrong with a slammed JDM luxury sled. 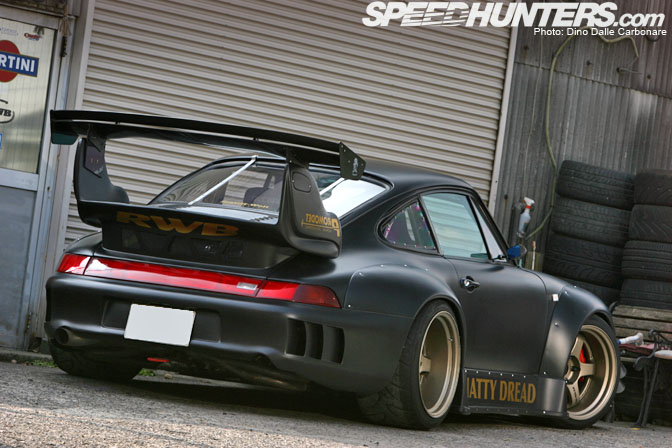 In the two years that Speedhunters has existed, our features on Nakai-san's creations have been some of the most popular on the site. It's no surprise then, that the Speed Demon of the Year award went to the Rauh Welt Natty Dread Porsche 993. Will there be another badass RWB machine following in its tracks for 2010? 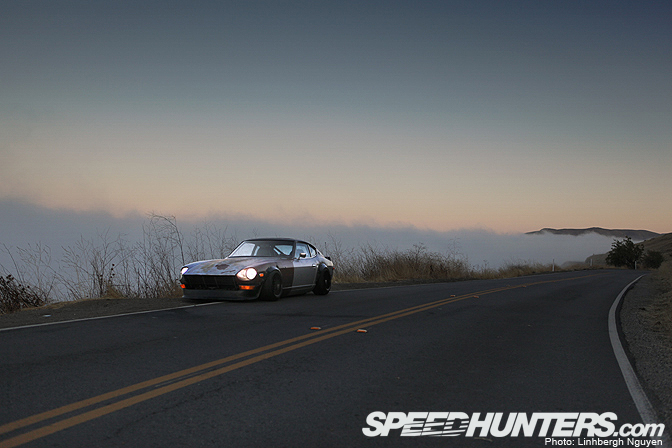 The Retro Machine of the Year, category had some incredible and exotic cars in it, but it was Yuta Akaishi's Datsun 240Z that emerged as the king of the classics. The rusty, low-riding Datsun is nothing less than a sensation. 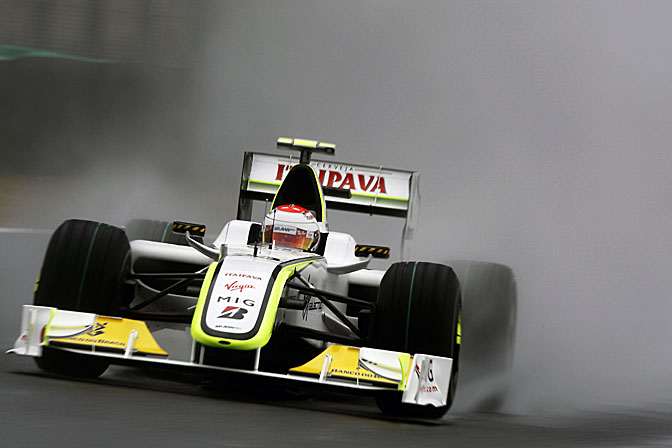 The crazy 2009 Formula 1 season certainly had something to do with the winner of the Race Car of the Year category, the Brawn BGP001. 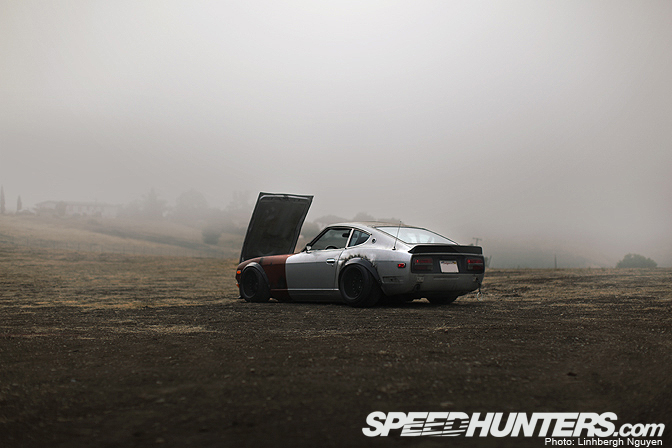 Don't sit down yet, Yuta. Stance of the Year also goes to Yuta Akaishi's Datsun 240Z. After all, this is likely the lowest 240Z in the world. 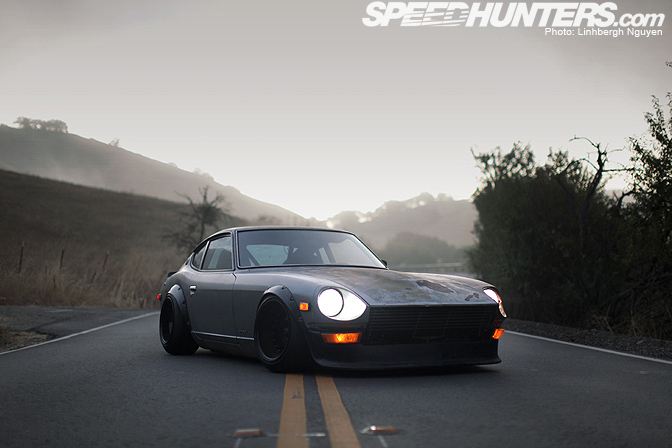 And to complete the sweep, Rat of the Year also goes to Yuta Akaishi's Datsun 240Z. The infamous Z beat out a lot of the more traditional rat rods in the category to take the top spot. 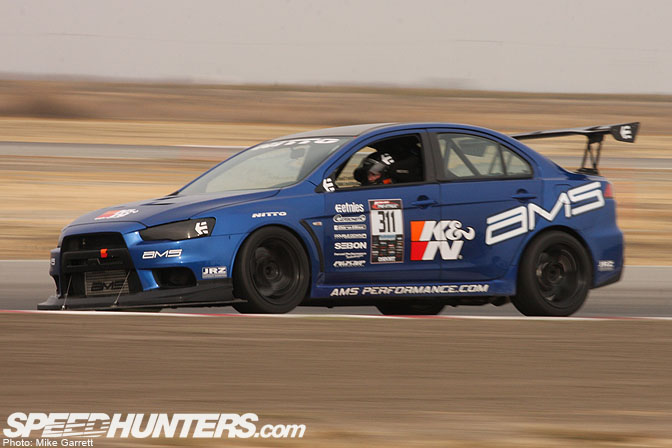 As we mentioned before, the Time Attack Car of the Year voting came down to a battle of supporters for two cars. In the end it was Ryan Gates Evo X that earned the win. 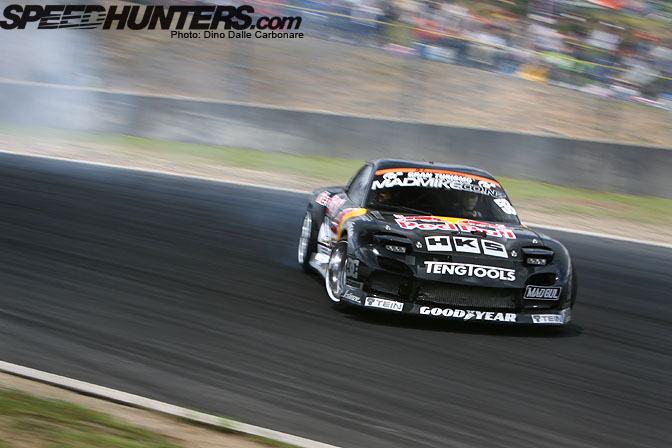 For Pro Drift Car of the Year, you guys chose not a Japanese or American-built car, but Mad Mike Whiddett's insane RX7 from New Zealand. The look, the sound, the fury – Mad Mike's FD delivers on all fronts. 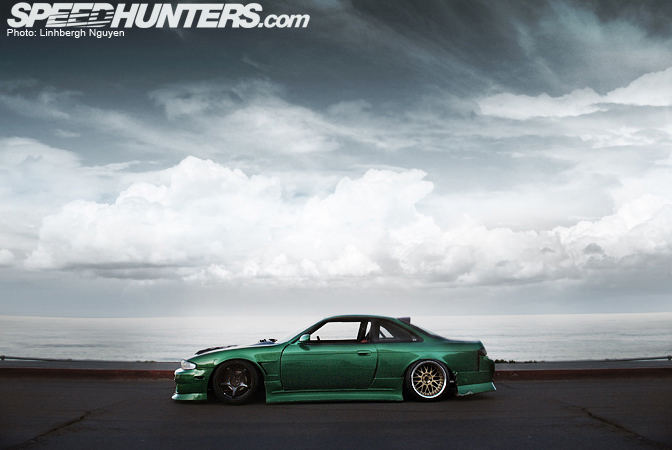 In the Street Drift car of the Year category, Matt Powers Nissan 240SX takes the win. This category had one of the biggest voter turnouts of all. 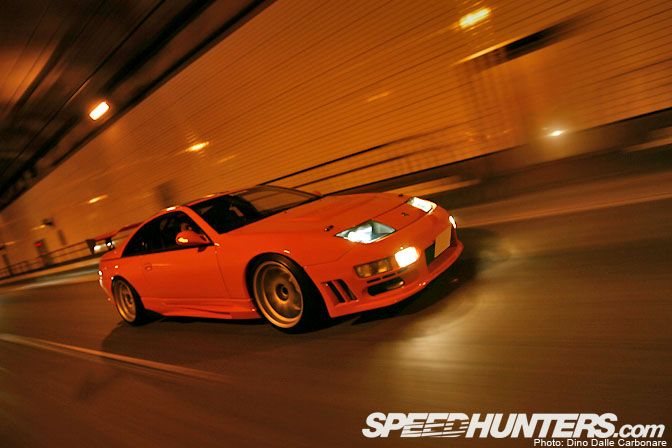 The Demo Car of the Year category was another with a diverse group of nominees. In the end it was the Pentroof Z32 300ZX from Japan that took the top spot. The Z32 might be overshadowed by its Nissan siblings, but this shows the car still has a big following. 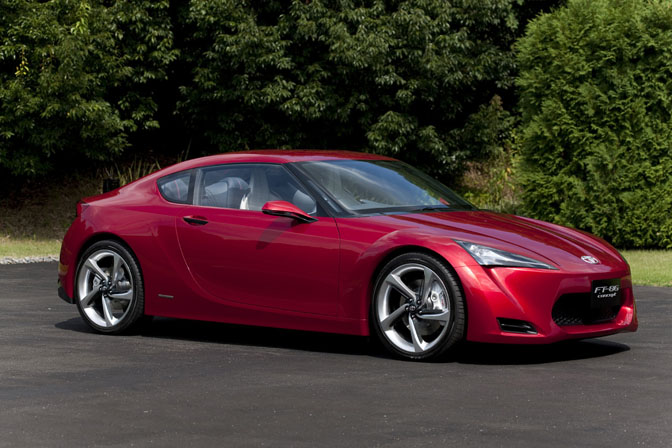 When a concept wins the New Car of the Year category, you know you're looking at something big. The Toyota FT86 Concept quickly emerged as your favorite and never stopped. Once this thing hits showrooms, prepare for insanity. 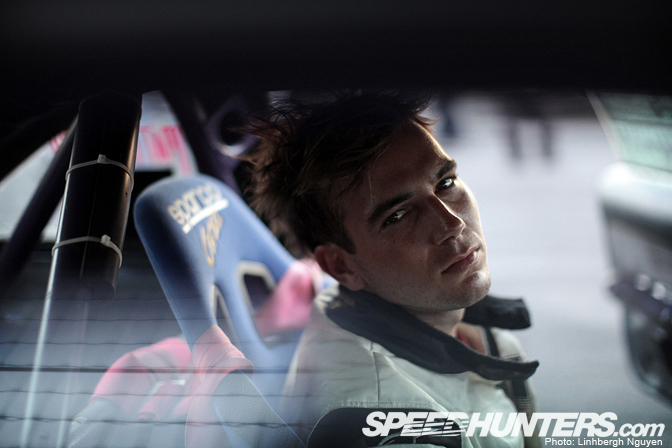 And finally, Personality of the Year. This is probably the only time you'll ever see F1 drivers, TV personalites, and grassroots drifters in the same category. Matt Powers took the top spot here to earn his third Speedhunters Award this year. (Two for the car, and one for the man).

And there it is – the 2009 Speedhunters Award winners.

We know that everyone has different tastes, and that's why we gathered a huge range of
nominees so everyone could vote for someone or something that truly appealed
to them.

Your comments on the results are welcomed, but please keep in mind that it was you guys, the readers, who chose the winners. Democracy in action.

Congratulations to all the winners, and thanks to the readers for making the first-ever Speedhunters Awards so succesful.

Awesome! Pretty much my picks of the year. Congrats to Mike, love his car! NZ rep!

IN FOR THE WIN!!!!YUTA AKAISHI ALL 3 HE WAS NOMINATED FOR...Congrats bro. And to the dude who was gonna not read speedhunters anymore if yuta took any...BYE BYE!!!

Love the choices. "That z" won more categories than I imagined. Pentroof Z32 was the one I was really rooting for, glad to see it take the top spot.

mann....none of the cars i voted for won

now i wonder what SpeedHunters awards 2010 is goin to bring =)

But am i the only person that doesnt think the 240 deserved ALL those wins?

But am i the only person that doesnt think the 240 deserved ALL those wins?

Meh don't agree on most of those but that's just me. Congrats everyone~!

Great choices on all of them.

I also have to say awesome job to the SpeedHunters crew.. You guys have really taken the automotive website/forum/zine to another level. I never thought id enjoy an auto site so much.

MAD MIKE!!! NZ repping he is. going to take over the world next year and show everyone how the kiwis do it.

Man, "stance" is so played out already.

cant argue with these results. man this was gr8! i hope you guys have many more voting contests like this in the future!!

uuuuuuuhhhhhhhhhh??????? The 280z is rad! Raul Welt Porsche rad! But there are couple that,.. well lets just say shame on all of you!

I just dont understand the 240z thing.... I mean... If I had that car I would show it sooo much more Love... Does have nice stance tho.

"Matt Powers took the top spot here to earn his third Speedhunters Award this year. (Two for the car, and one for the man)."

Congrats to all the winners!

congrats to yuta from malaysia.. totally awesome car for the amount of work and dedication. it might not be a speed demon yet but definitely a car in a class of its own. thumbs up keep up the work!

does mattpowers street drift his car?

they just lanched the Im Nissan Crazy but I think it needs to be We're Nissan Crazy. 240z 240sx, and the z32 all still rolling on! sweet!

There is nothing good about that 240z except a set of nice wheels. What is the big deal, why does everyone think such a shitty car is so great?

Stop fapping all over that Z already, pretty much all deserve their 1st places though, just a tad overkill of the Z.

I disagree with the majority of the awards tbh. That Time Attack car is nowhere near as cool at the Roger Clark Impreza which should have won. And Mad Mike's car is way overrated, award should have gone to Scotty's Rocket Bunny sil80.

Perfect! Totally agree with this list of winners!!! Congrats everyone and HAPPY NEW YEAR!!!!

I think the Evo X is pretty but is not good than others Evo X.

Tarzan Yamada use that Evo for clean the hole.

Is the only thing that I'm not agree.

Nissian winners congrats, everything else cool i guess jk Congrats to all especially the Z

Kind of comical how bandwagon so many voters were in their choices...

it seems like yuta became a celebrity over night

Congrats on the winners, the voter response for street drift was insane lol

Most of my elections were very happy about that, HAPPY NEW YEAR TO EVERYONE OF SPEED HUNTERS.

Yuta Akaishi's Z gets Rat of the Year?

rb next yr or bust!

Please! more wallpaper and article about the Pentroof Z32 300ZX

Why was the FT86 a contender for New Car of the Year? Maybe there should have been a separate category for concept cars.

YUTA with the Hat Trick..SCORE!!

The Pentroof Z is inspiration for me to build my own

oh and can we get some wallpapers of it please!

sweet! voted for the pentroof 300zx

Matt powers over Jeremy Clarkson? Surely you jest.... And the BMW M3 GT2 lost to a F1 car? This isn't Sparta, its insanity.

GREAAAAAAAT , very close to what i voted!!!!! Im so glad to see this S.H AWARDS thing success because it brings me back all the excitement of when I first started reading this site almost 2 years ago. Im really looking foward to 2010 automotive world as a speedhunter. I discovered this site when Antonio referred it to me in an email, and since then u guys have expanded my car culture understanding in many ways, and i have learned so much while reading this site. I REALLY WANT TO THANK U. its a privilege to have access to automotive culture of all around the world in just one site with suck a wonderful team that does know how to do great posts which i really enjoy!!!! THANKS AGAIN , AND A HAPPY 2010 FOR THE SPEEDHUNTERS FAMILY

that z didnt deserve anything past best rat and even thats pushing it. let me go to the junkyard and buy an old messed up first gen civic and throw some suspensions on it yea right

Retro Machine of the Year

Stance of the Year

Rat of the Year

i look up to that guy so much, and im glad hes kicking ass in drifting and have a sick street/ drift 240.

great guy! keep it up bro!!

This just looks bad on the site, and it reflects the fact that a large portion of the voters are cali fanbois.

J, you're wrong. I'm from St. Petersburg, Russia - and i voted for this mad Z in all nominations. This car is just damn perfect, and voters origins has nothing to do with it =)

"The Z32 might be overshadowed by its Nissan siblings, but this shows the car still has a big following." Um?

The zed 32 is anything but overshadowed.

yup i called it three for yuta's s30! thats awesome!

Congrats to the winners but this list is just bad. Props to the Session LS for the air win though, but everything else is just a bunch of over hyped rides.....damn fan boys.