Before the DTM there was the DRM… Germany’s top racing series for GT and Touring cars. In the early 1970s, this was a stomping ground for BMW’s famous CSL race cars, and later in the decade, hoards of wide-body E21s dominated the below 2L class. This film showcases the DRM near the height of its popularity in 1976. BTW Check out the factory BMW Junior team going at it hammer and tongs…. It seems like sideways was the fastest way to drive these cars a lot of the time! 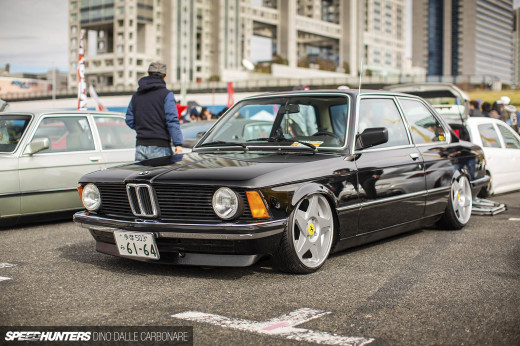 Is This Simple Stance?

Spectacular stuff back in the days!

Great stuff Rod. There was a great article in Racer a few years back with Cheever talking about his junior team days and racing against Petersen.

i can dig it

@ Grobo : PetersOn surely , but PetersEn i have serious doubts....take care with this , Ronnie still today have a lot of fans....tall ones !

I think Speedhunters should be doing a Zakspeed feature soon...

Definitely... I here there's one being restored with new Carbon Fiber bodywork in Berlin and I'm going to have to go and see it one of these years....

There were only ever 9 genuine Mk2 Escorts built and there's a guy here in NZ restoring one of them...

I'm obsessed with the Group 5 era of racing, I know... but since we are well into our month of celebrating

Was the second to last track the Top Gear test track? It looked very familiar.