I don't think I have ever witnessed a race start like the one I had the chance to see with my own eyes this past Sunday at Imola. With all the cars on the grid being so evenly matched, the race for the win becomes something drivers really have to work hard for, right from the instant when the lights turn green. Rod and I headed to the Tosa corner a wide-radius, double-apex hairpin bend, for the start of the first race. Unfortunately this meant we ended up missing the big scramble to Tamburello, where an accident involving Jörg Müller of BMW team Germany and one of the Seats driven by Rickard Rydell resulted in a yellow flag. Not wanting to miss the potential carnage for race two, we headed to the Tamburello chicane, where I snapped the opening picture. Needless to say we were not disappointed.

Like in qualifying, the Seats took the lead in each of the two races but the BMWs were right behind, trying hard to combat the obvious benefits the torque of the TDI engines brings.

The picture says it all, four of the five Seat Sport team cars going up the hill of the Aque Minerali complex, leading the early morning practice.

Hernandez had taken my wife and I for a crazy ride in a BMW M6 cabrio around Imola the night before, but on Sunday morning he was back behind the wheel of his Team Italy-Spain 320si…

…like team mate Zanardi, who was in full form on Sunday, finishing both races in fourth position behind the leading Seats of Tarquini and Muller and the Chevrolet Cruze of Huff (in the second race).

Getting to the Tosa corner required a good 30 minute hike along the outside of the initial part of the track. We eventually reached Ayrton Senna's memorial, a place we had made plans to visit at one point over the weekend but ended up stumbling past it by accident. I began reading some of the messages that had been written over the years on the surrounding fence pillars, but to find out more check out  Rod's post on the memorial.

The victory for race one went to Tarquini, followed by team mate Yvan Muller…

…there was just nothing that could have been done to beat these diesels!

Here is race one winner Tarquini, who managed to come in second in race two, swapping positions with Muller. Seat now leads the constructer leader board by a healthy 21 points.

Andy Priaulx, the driver we were following around over the weekend was rear ended in the first race, ripping half of the rear bumper off and damaging one of the silencers giving him some trouble.

Yes, yet another Seat, this time gasoline powered.

…it certainly looked better than its road-going counterpart!

The hectic racing continued in the form of two very short 11 lap races, but so action packed I'm sure the spectators walk away more than satisfied.

After the first lap some cars went flying past the gravel traps bringing tons of debris onto the track surface, not that it created big dramas.

Andy ended up finishing 15th in the first race but did better in the second with a 9th position. He still holds 4th place in the driver championship, and with two races still to go, one in Okayama in Japan and the final in Macau, there is still a lot of potential to rack up some more points. Stay tuned for more on Andy and his 320si! 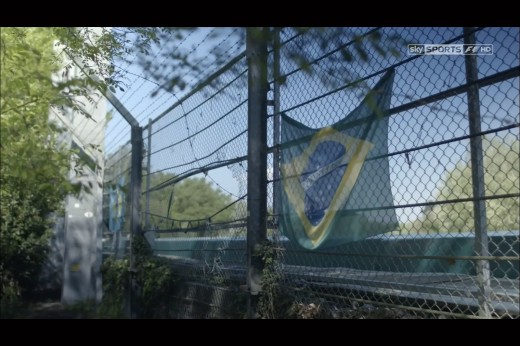 Bennani's Leon doesn't have a italian-flag color scheme, but a moroccan one!

I loved when the WTCC comes to Porto, you are so close to the cars! Unfurtnatly they only come 2 in 2 years, one year in Porto the other in Estoril.

It might be a good idea to send people to cover these events that actually know something about them, or are at least prepared to do a bit of background research. Moroccan Mehdi Bennani has an Italian flag colour scheme? Dino was 'surprised' to see diesel-powered Leons in the championship? (SEAT has been using them since 2007, and Yvan Muller won the championship in one last year). Either do it properly or don't bother at all.

Perhaps Dino might not know much about WTCC, but at least his pictures kick ass, much better than the usual WTCC stuff, no disrespect.