It has been a while, with a long summer break, but the British Touring Car Championship returned to the track last weekend at Snetterton, in Norfolk.

Current Champion Fabrizio Giovanardi and Colin Turkington shared the top spot of the podium during the three race event. Turkington was a little fortunate to take the final race win of the day after original winner, James Nash, was excluded.

Jason Plato started the day in pole position for Race One in his Silverline Racing Chevrolet Lacetti. Turkington would get ahead, but Plato went for a gap which wasn't there and the clash allowed Giovanardi to get past and dominate the race, taking the win and the fastest lap. 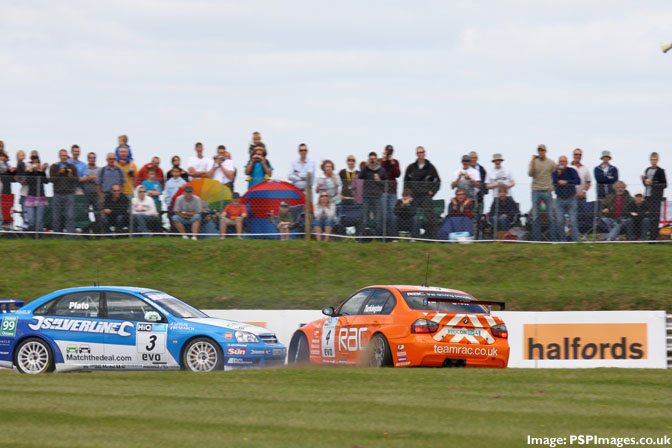 An amazing achievement given the age of the car and  the enforced layout O’Neill had to endure when he was diagnosed with diabetes a couple of years ago.  A fan favourite, it was like a race win for O’Neill. “A lot of people here have put their effort in to me, so it’s just trying to repay them. I can’t believe the reception I’ve got here, it’s unbelievable.”

Giovanardi would also win race two later in the day. It was an easy win for the double champion, with current series leader, Turkington second.

Plato finished 3rd and James Thompson was 4th, both, having starting from the rear of the grid. O’Neill would finish 5th, another great result for the Integra driver.

Vauxhall driver, Andrew Jordan would spin while in close company with team mate Matt Neal and Tom Chilton in the Ford Focus.

The final race of the day saw James Nash take the Chequered Flag after a tough battle with Rob Collard and pressure from Turkington and Giovanardi.

Collard took the lead from 3rd on the grid with Nash and Harry Vaulkhard in Chevrolet’s in hot pursuit. Thompson and Vaulkhard would collide later in the lap, with the Chevy driver ending in the barriers for his new team.

Collard was coming under increasing pressure from Nash, Turkington and O’Neill. These four would close up following a safety car period in the middle of the race.

Nash hit Collard as they entered the Bombhole complex. The spinning BMW driver ended up spinning into the the leading pack. Stephen Jelly, Tarkington’s team-mate, caught the rear of Collard, which spun him around again. It was a big accident which resulted in Collard being admitted to Hospital later that evening.

Collard has since been given the all clear, but it is going to be take many overtime hours to rebuild the Motorbase BMW in time for the next round at Knockhill in two weeks time.

The Safety car returned to the pits with three laps to go. Nash would go onto take the flag. However, the clerk of the course later deemed it an avoidable accident with Collard and Nash was excluded.

This gave a much needed win to Colin Turkington, who still leads the championship from 2nd place finisher Giovanardi. His team mates, Matt Neal and Andrew Jordan finished 3rd and 4th respectively, ahead of James Thompson and O’Neill. 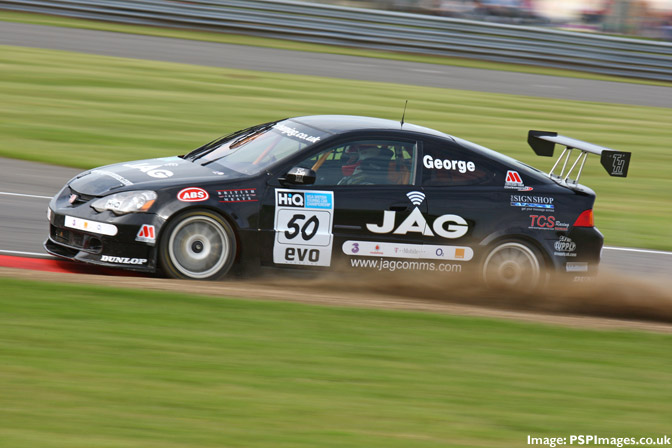 Turkington was consistent and Gio once again took advantage of it all...

THese touring car races look cool, but i'm just curious, why do they have two championship rounds on the same track on the same race weekend?

Unrelated, I know, but look what I found: http://www.youtube.com/watch?v=G_goTKy9y4g

How come it didn't make Speedhunters?

three events. Its to save money. It does allow someone to have a few bad rounds and still be in the championship

there are 3 races in one weekend , they only go to about 10 different tracks (brands twice) and so thats why theres 3 rounds . i aint complaining though the best racing you will ever see.

Collard was getting down right abused there, and he was leading. A bit fishy.

Good call by the clerk.

thanks for answering my question. this is great, tight packed racing where anything can happen!

What a good day it was not too hot or cold and i wonder how many cars got scorched following the chevys as there seemed to be a constant stream of flame out of the exhausts!