As you can see from the opening picture, it’s at the second floor of the Lamborghini Museum where things become truly interesting. But first it’s time to finish off our look at the models that helped Lamborghini shape its unmistakably unique take on sports cars.

The pointy Urraco pictured here was to Lamborghini what the Dino was for Ferrari. In the early 70’s Ferruccio wanted to create a more affordable sports car, and the Urraco was his vision. It was the first V8-powered car to wear the charging bull emblem.

What impressed me about the Urraco was the fact that there was still space in the back for a pair of small seats, effectively making it a 2+2. This is thanks to the transverse installation of the engine in the chassis. The Urraco was offered with either a 2L or 2.5L V8 and was sold until 1979.

This has to be without a doubt the weirdest creation to come out of Sant’Agata. I mean what other sports car manufacturer would even consider building an off-roader?!?! But I guess that is exactly what makes Lamborghini different.  Back in the late 70’s they began development of a rear-engined off-road vehicle, called the Cheetah Prototype, with intentions to sell it to the US military. The project didn’t work out, but this didn’t stop them for continuing to develop it further. In the end the front engined LM002 came to be, powered by the 444HP Countach 5.2 L V12.

Lamborghini commissioned Pirelli to create the monster tires above, the run-flat Scorpion. Mounted on 17-inch lightweight forged O.Z. wheels they are one of the most visible traits of the massive SUV, due to their size which comes in at a whopping 345/60/VR17 all round!

The first LM002 was sold to the king of Marocco in 1986 and really appealed to the Saudi Arabian army who ordered 40 of them! Lamborghini also built a Paris Dakar Rally version of the LM002 with redesigned suspension, stripped out race interior and even tuned the V12 to produce 600 HP! Unfortunately it never actually competed in the legendary rally but was used in the Rallye des Pharaons in Egypt. Only 301 road-going LM002s were made, and I’m lucky enough to see one on a regular basis here in Tokyo as a guy down the street from me owns one!

To appeal more to the American market, in 1976 Lamborghini presented the Silhouette, an evolution of the previous Urraco sporting more modern lines and an upgraded engine. Still with V8 power, the engine grew to 3L and featured twin overhead cams for each of the 4-cylinder banks. Power was rated at 250 HP and allowed the Silhouette to reach a top speed of 260 km/h.

Check out that alcantara-clad seventies interior!

Only 55 were produced during its 3-year production, not a very popular machine unfortunately. The last car ever made was used as a test mule for its replacement, the Jalpa (essentially a hard top version of the Silhouette) which eventually went on sale from 1981 to 1988, before then parent company, Chrysler, killed it off.

As we moved upstairs to the second floor I went weak at the knees when I saw this little all-carbon number. Back in 2004 I had a picture of this Murcielago R-GT as my wallpaper for the best part of the year. I noticed that it was sitting very low…

…but a quick look at it from this angle revealed the rear tires were a little on the flat side! Race cars are pretty slammed, but the R-GT was sitting about 1 cm from the lacquered parquet flooring!

The rear-wheel-drive R-GT was developed together with Reiter Engineering and Audi Sport and built to comply with the old GTS class of FIA GT.  It competed back in 2005 and 2006 in a few FIA GT races and the Le Mans 24hrs as well as racing in the GT300 class of the Japanese Super GT. In Japan the R-GT (it was actually refereed to as the RG-1) won the 2006 Suzuka Round of the Super GT, but with the exception of this success, this racing Murcielago never got the track time nor the exposure it deserved.

In the picture above you can see one of only two Diablo GT2s ever made. The second is, unsurprisingly, in Japan. This 640 HP race version of the Diablo was built in 1998 to participate in the Diablo GT championship.

How in your face is that rear end! Cross-eyed exhausts meet in the center while the massive carbon diffuser and rear wing try to keep that heavy rear end planted.

How about this for a modern art piece! This wall-hanged Murcielago is actually not a complete car. I had a look behind it (or should I say under it) and all the mechanicals as well as the interior have been removed.

Ever wondered just how big a Lamborghini V12 and transmission unit is? Pretty darn big!!

In order to homologate the racing GT2, 83 GTs were made between 1999 and 2000. This, the ultimate Diablo, featured a heavily tuned version of the 6L V12 with 575 HP, enough to propel it to 338 km/h. The body was mostly carbon fiber and the design made it look like a race car for the road!

This is the 6L V12 lump that went into the Diablo SE, the last version of the mighty Diablo.

Only 42 Diablo 6.0 Special Editions were ever made, sporting a very modern series of styling queues which hinted at the forthcoming Murcielago.

We also spotted this 25th Anniversary edition of the Countach upstairs, built in 1988 to celebrate 25 years of Lamborghini. Check out the line-enhancing 80’s style body kit. Stunning!

Project 147, was a stylistic study of what a worthy successor to the Diablo might have looked like. This car, which was named Kanto (I always assumed it was spelled Canto, guess I was wrong!), was designed by Zagato back in 1996.

I remember seeing spy pictures of some test mules running back in the late ’90s with the same huge “shoulder intakes” as seen on the Kanto. Glad the final car didn’t end up looking like that. As you can see there are more cars left in the tour so stay tuned for more Lamborghini history in the third part of our museum tour! 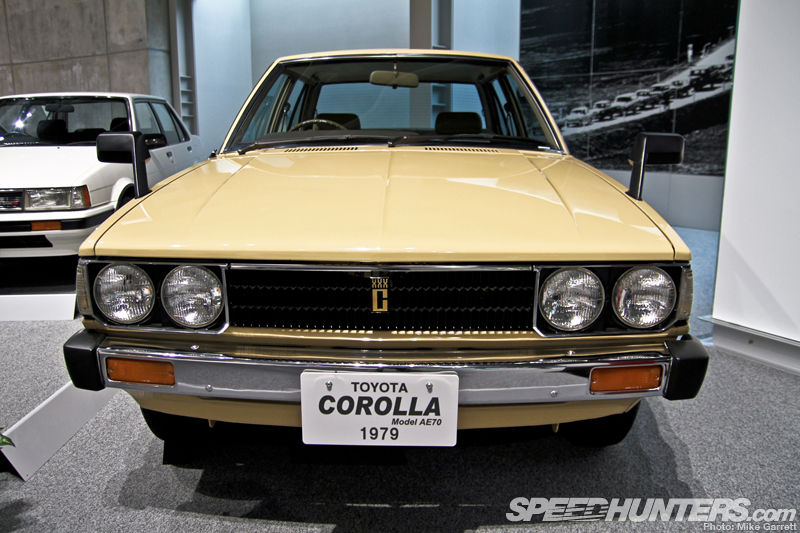 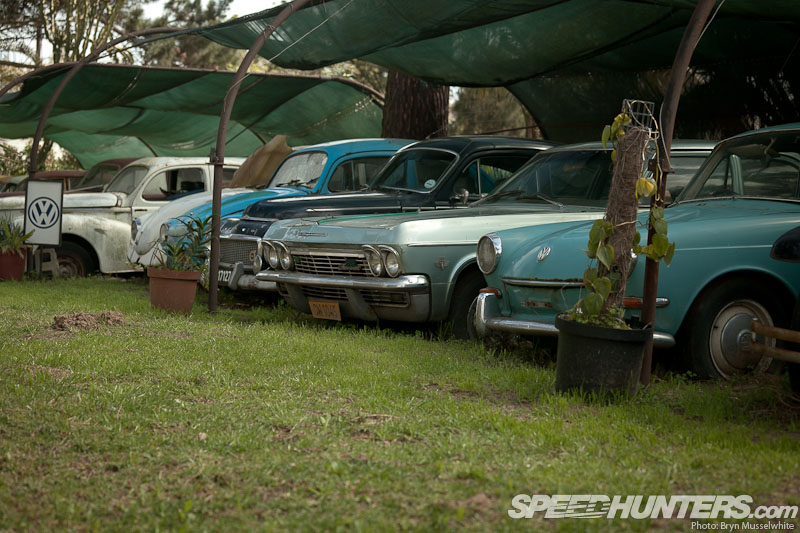 I've always loved Lamborghinis, and its good to see such an in depth picture article on the cars of their illustrious past

OMG. That Diablo GT2 did hit me right on my face. MADDD.

The Lamborghini Silhouette is not totally beautiful, but it appeals to me, the front end reminds me of a Fiat X1/9 too!

That Kanto looks like a Ferrari 360, only a little different.

Any shot of the tractors? Lamborghini's root. Wanna see the tractor that used the same component as the Ferrari 250GT that Ferruccio Lamborghini bought. Or this is just the sports car museum?

Saddam Hussein had also one of those Lamborghini OFF ROAD vehicle, with gold parts in it.

whats the deal with the red diablo next to the kanto?

LM002 FTW!!! Sure beats an H1! Look at those tires! I've only seen one once but it is safe to say that car has PRESENCE! DIABLO>Murcielago.

The Kanto does have more than a bit of Ferrari F50 to the front end. Do I spy the recent Miura concept far right in the last pic?!

Great post, thanks for the pics of the Diablo GT2, theres not much pics or info about that car around. Looking forward to part 3!

What is the name of the red car sitting next to the kanto......

When i visited Italy in 2007, there was only a picture of that car.