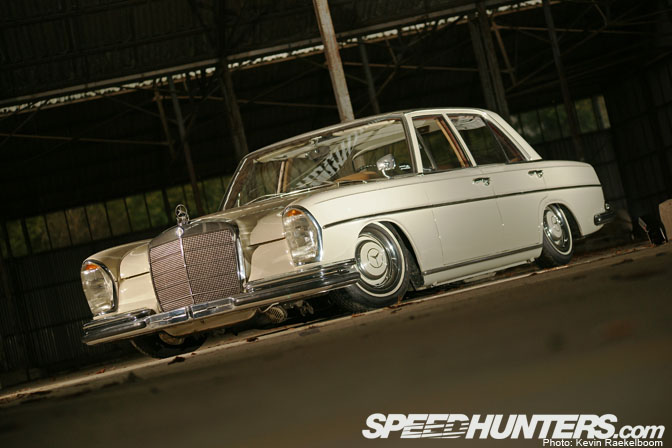 Yes, here I am again with a car on air suspension! Air suspension is for me is an easy way to display your car off at shows but then also have the ability to drive it safely back home… In Belgium, where the owner of this fabulous Mercedes 250S lives, most of the roads are quite bad and there are plenty of speedbumps. So it's more a way of making it easier to own a car like this. However air suspension is forbidden in Belgium, but none the less there are plenty of aired bagged cars over here.

Geert Vanfroyenhoven is the proud owner of this 1967 250S. After a long way of searching the internet , events, garages, he had found one in perfect shape! No rust, the paint was like new, interior is like it came right out of the factory! Under the hood we can find an 2.5 V6, and yes, also like new! Geert had good luck on finding this car!

Like U can see, the paint still shines after 42 years! While shooting this car, I couldn't find any dirt or rust on the car!

Imagine that the car is on normal springs and you have to drive it to home like this! Would be impossible. You'd hae to tell your friends to pick up the parts that you'll be losing when driving home!

A real maffia car, isn't it?

The whole car is 'laying frame' on the ground. Check the exthaust pipe! Fun for doing some scraping pictures on the road! I know there are some people who don't going to like the stance of the rear wheel. But its impossible to bring it more out. 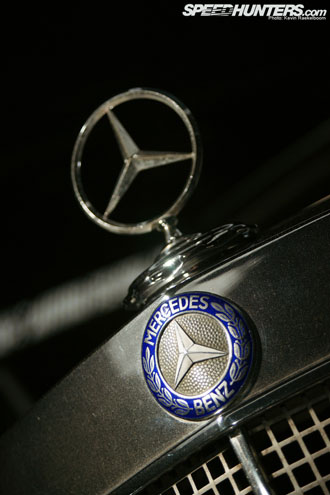 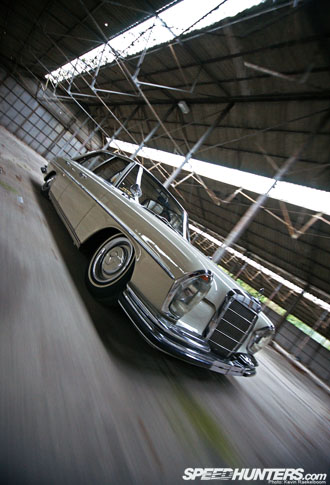 Yes, the car is moving, thats the lowest point the car can be driven on. While making this picture I heard some parts screaping the ground! Love it!

Factory new! Check it out yourself… 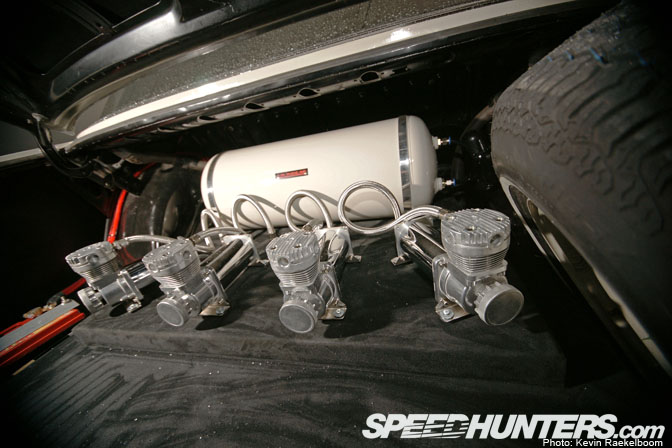 In 1967, here could be laying some dead bodies (it was a mafia car, no?)… but now there are housed 4 VIAIR compressors and an air tank.

I am absolutely jealous that you had the opportunity to shoot this car! It is absolutely gorgeous!

Stance is perfect for what it is.

I would love to see a Benz like this laying frame on some reversed 14" Tru-Spoke wire wheels or something to that effect, 70s-vintage lowrider style.

Hey, this is in our new issue!

Kevin, this car has a classic Merc inline six under the bonnet, definetely not a V6. I like it, but with the lowest setting the rear swing axle probably sh*ts itself whenever you try to go through a corner...

The condition of the car impressed me more than the airbag. Factory paint and interior? Damn.

the only thing that gets me is that these old mercedes interiors smell bad lol.. my aunt had some

can you make the first pic a desktop pic?

This thing is so awesome!!! The condition is unbelieveable..

Third picture for desktop!!! The setting is so fitting for this car!! It's like a drug deal going down

Im not too sure if the 250S came with it, But I know for a fact that the v8 models came with Factory airbag suspension. Also It isnt quite 'laying frame'.. In saying that, I love this shape benz, My mate has just bought one and are going to rebuild it to 'Gangster' condition haha..

Either the first pic or the pic of the rear of the car from down low as a desktop please! Awesome car! And I love the rear camber!

photo number 7 is greate, i wait on desktop

oxer we are going to town on mine this is going to be mint!!!!!