In additions to the entries we showed from Silverstone earlier this month, a number of Audi R8 LMS chassis are also competing in the German VLN Series.

German car blog One Eight Turbo.com has a great gallery from the recent ADAC H&R Cup.

The 'Veranstaltergeminschaft Langstrekenpokal Nurbürgring' Racing Series is a multi-race racing Championship based at the famous Nurbürgring Nordschlefie circuit, home of next weekends 24 Hours Nurbürgring. The VLN has similar rules and many of the same compeititors. The actual 24 hour endurance race is not part of the championship, although the R8's shown will be taking part. 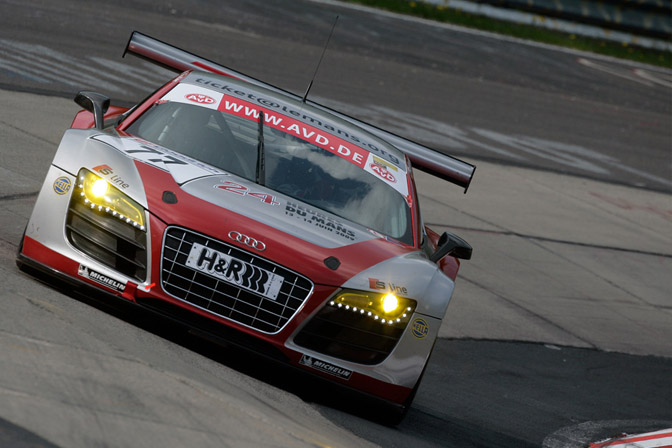 Tiemann now leads the up to 4.0 Litre class, and the championship overall. 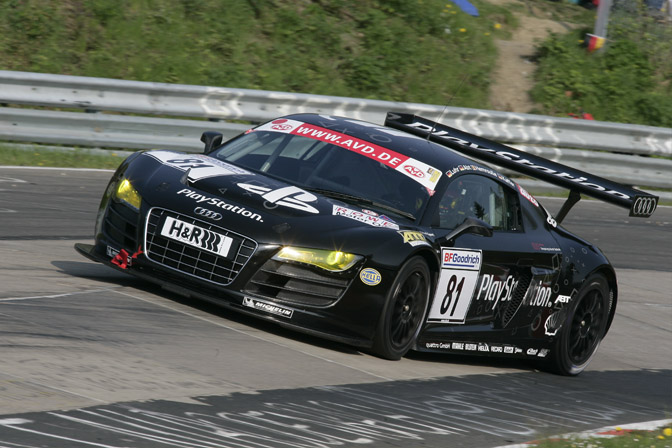 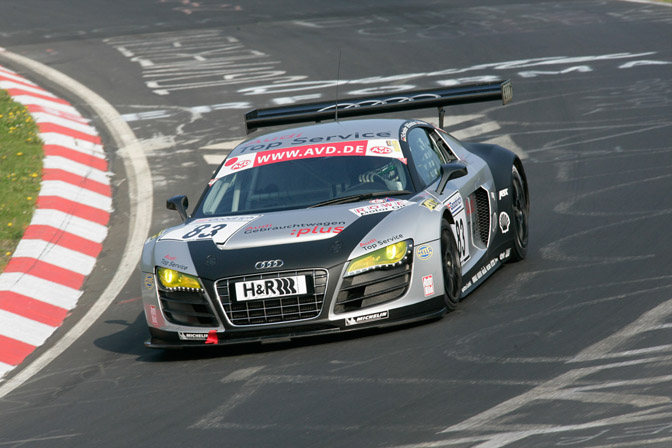 The second Abt Sportsline R8 (above) of, Timo Scheider, Mattias Ekstrom and Marco Werner along with the Bilstein Phoenix Racing R8 of legend, Hans-Jochim Stuck, Frank Biela and Emmanuele Pirro crashed on Lap Four.

Luckily, these R8s continued after repairs in the pits, gaining valueable mileage prior to the 24hr race next weekend.

More images can be viewed over at oneighturbo.com

25 Hours Of Thunderhill: The Art Of Endurance Racing 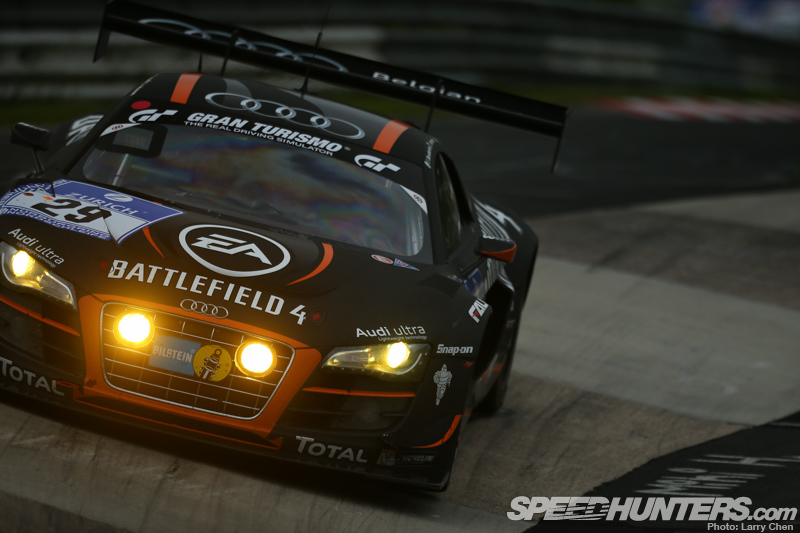 I have just discovered oneighturbo.com and that blog kicks ass.

I truly hope some of these R8's can make it to the ALMS.

R8 on the Karousel!!! You guys are awesome!

love that first shot of course!

wallpaper pic of the first shot?

We only do wallpapers of our own images.

yo amo a need for speed