Round two of the 2009 Le Mans Series was held last weekend at the legendary Spa Francorchamps circuit in Belgium. As might be expected the factory Peugeot 908 pair dominated the race, that is until the 9 car of David Brabham, Alexander Wurz and Marc Gene lost nearly 20 minutes in the pits while having the rear suspension attended to and while serving a four minute penalty. David Brabham had kicked off his Peugeot racing career off in the worst possible way by having a collision with an LMP2 car, then the Stewards hit him with a penalty apportioning blame to the genial Aussie. Seven laps gone and the unlucky 13th place overall was the result.

So it was left to the number 7 908 Hdi-FAP Peugeot of Nic Minassian, Simon Pagenaud and Christian Klien to take the top spot in the race. In truth they had the legs of their sister car right from the beginning and ran faultlessly throughout the event, a good portent for Le Mans next month? Of course they will the Audi R15 to contend with then.

Spa, being just over the border with Germany, seemed a popular destination for top Audi racing guys last weekend. Ralf Juttner, team manager for Joest, and the mastermind behind Audi's success at Le Mans in the past decade was in relaxed mood in the paddock but his radar was on high alert as he witnessed once again the improvement in the French team's performance.

Peugeot was clearly the fastest car on the tracks in 2008 but somehow contrived to lose to Audi when it really mattered, especially on home ground at Le Mans. The bitter taste of defeat has led them to examine every aspect of how they go racing and there has been a visible improvement in all areas especially their pit stops. The progress that was evident at Sebring was maintained at Spa. Juttner and his crew at Audi will have taken notice and it is sure that they will not have been idle during the run up to La Sarthe.

All of which reinforces the message that the 2009 edition of the Le Mans 24 Hours is going to be a classic, at least in the diesel class.

Actually the petrol class battle in LMP1 will be mega too. Pescarolo v ORECA v Lola Aston Martin would grace any competition. The problem lies in the fact that the diesels and petrol cars are supposed to be in the same race/class and despite the tinkering with performance that the ACO unveiled post Sebring it is clear that there is a huge gulf in sheer speed between the two approaches.

At Spa it was the Pescarolo Judd of Jean Christophe Boullion and Christophe Tinseau that kept the Peugeots honest. They ended up 27 seconds adrift as a result of the numerous full course yellow flag periods. Peugeot has made a smart move in giving the French team a 908 for Le Mans, they will make the most of their limited resources.

Final spot on the podium went to the Lola Aston Martin of Tomas Enge, Jan Charouz and Stefan Mucke. The car's V12 is sounding better than ever but they just do not have the power to live with the Peugeots and by implication the Audis. My colleague, Andrew Cotton, tells me that AMR and ORECA have approached the ACO stating that the diesels need to be reigned in by some 15% or alternatively give the petrol cars bigger air restrictors to compensate for the power differential………..the answer was as one might have expected……….NON!

In addition Aston Martin in the form of Chairman, David Richards, has said that if the problem is not sorted and before Le Mans that AMR will be off to join Stephane Ratel's new FIA GT1 World Championship, it is all getting a bit political.

ORECA had a mixed weekend with the first outing for their full 2009 spec car, the ORECA 01. Sporting a new livery once again inspired by Piet Mondrian and with the latest AIM engines the team certainly looked the part as would be expected of any outfit run by Huges de Chaunac but the gap to the diesels was too big to bridge. The Olivier Panis and Nicolas Lapierre car finished up fourth despite and clash with an LMP2 car. The sister car of Stephane Ortelli and Bruno Senna held third position in the early stages of the race but the Brazilian carried too much speed out of Blanchimont and hit the wall very hard, pretty much destroying the car.

Spa Francorchamps is one the truly great circuits in the world, the drivers love it, with the combination of speed, fast corners and big elevation changes……..and it is even better when the rain holds off.

It is being extensively modified again at least trackside and resembles a building site in places, but the essential spirit of the place remains true. On my way back to the airport on Sunday I ended up driving down the old circuit, the signposts flashing past with the magic names, Burnenville, Malmedy, Masta, Stavelot………..the stuff of dreams………..for those of you relatively new to SpeedHunters, Rod, Antonio and I were on this hallowed ground last summer……….

If you get the chance go yourself, buy the ticket, take the ride.

In LMP2 another interloper bagged the big prize. The Team Essex Porsche RS Spyder of Emmanuel Collard, Casper Elgaard and Kristian Poulsen had the pace to beat off the opposition despite losing out in the scramble of full course yellows.

Second was the Speedy Racing Lola Judd B08/80 with Benjamin Leuenberger, Xavier Pompidou and Johnny Kane on driving duties. Another good weekend of racing down in LMP2, though the turbo brigade are still up in arms over the quality of the petrol supplied…………….never a dull moment.

The GT1 class continues its downward spiral, three cars was the sum total of the grid at Spa. The honours were taken by Luc Alphand, Patrice Goueslard and Yann Clairay in the Alphand Adventures Corvette C6.R

The Russian money seems to have dried up for the Lamborghini Murcielago, so its participation at Le Mans is now in doubt. The end of the current GT1 formula cannot come soon enough.

The GT2 class is a complete contrast with the hardest scrap in the race for victory. Confirming Porsche's revival this year the win went to Marc Lieb and Richard Lietz in the Team Felbermayr Proton 911 GT3-RSR. Well, that is until they were excluded after the race for "technical non-complance" or in plain English, some missing bodywork. A bit draconian one thought.

So from zero to hero came Team Modena's Ferrari 430GT. Zero because 10 days before the race Leo Mansell had trashed the car during testing and it was touch and go if it could be repaired in time. As if this was not enough, a wheel had come loose during qualifying and they had to start the race from the pitlane.  Mansell, Antonio Garcia and newly recruited 430 superstar, Jaime Melo, stuck at their task, double stinting the Michelins, and getting good pit calls. They could be considered good for the win.

Proud parents……but leave the photography to a professional!

The winner could easily have been the JMW Motorsport 430 but at the final pitstop it would appear that there was a mix up on tyres and the wrong one was fitted………….next a slow lap to get a replacement and a victory lost. Third which became second courtesy of the Officials seemed a poor reward for all the hard work but when the points get tallied at the end of the season it will probably prove crucial.

Spa is a high speed track so any incident is likely to be serious. This accounts for why there were five safety car periods which droves us all mad and stretched the race out to nearly six hours.

Coming away from the Spa weekend it was clear that Peugeot were not challenged in anyway by the best of the regular LMS entries and the current state of the ACO rules on diesel and petrol engines needs changing. The political developments over in Formual One with Ferrari, Renault, Toyota etc. all talking of leaving Grand Prix in 2010, which makes sportscar racing an attractive alternative. As if fuelling conspiracy thoughts, the Honorary Starter of the 2009 Le Mans 24 Hours will be a certain Luca di Montezemelo, who just happens to be Chairman of Fiat and Ferrari. He is also President of the Formula One Teams Association and is leading the opposition to rule changes being imposed by Max Mosely and the FIA. I wonder if Mr Plassart of the ACO will have a nice lunch with him next month and whether they will find anything interesting to talk about………………….Ferrari back at Le Mans…………that would be a story. 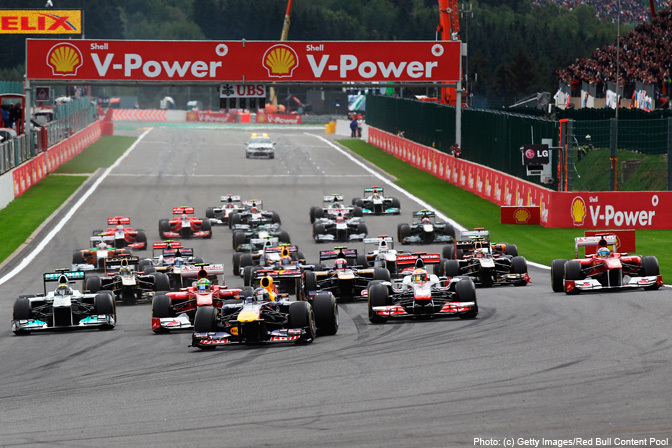 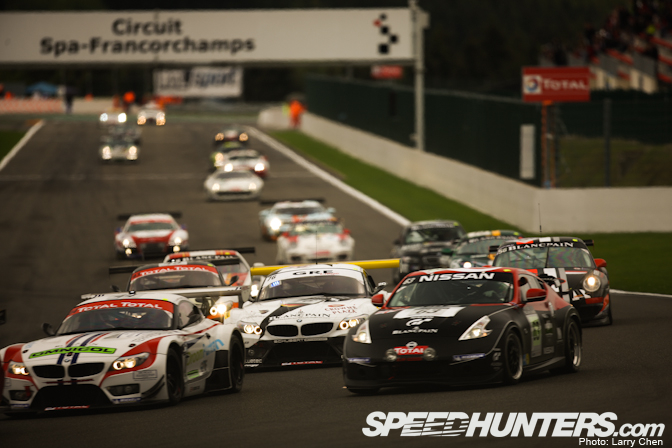 That would be a story indeed, great write-up John. Do you have any more detailed info about why the ACO rejected Aston's plea for bigger restrictors? I want Audi to win again this year but I still think it is unfair that the cars in P1 besides Audi and Peugeot have to run in the same class, I mean the Aston's are faster than a P2 obviously but slower than Audi/Peugeot so they are really at the mercy of the ACO and right now they are being dicks about it. I guess it just bothers me that they can put a certain number of cars in the same class together knowing full well that 4 of them have an unnatural advantage.

Hahahahahaha in the photo for Team Modena thats my butt facing the camera refuelling. Great to meet you John and I hope to see you at Le Mans!

@F3INT there will be 9 diesels in the field at Le Mans.......3 factory Peugeots, 3 Factory Audis, 1 Pescarolo Peugeot and 2 Kolles Audis...........though if the performance of the latter at Barcelona and Spa is anything to go by they can be discounted.

The Pescarolo effort will feature a 2008 spec car and runs with the team for the first time this week at Magny Cours. They will also be at Okayama and Shanghai later in the year in the Asian Le Mans Series races.