Ok, I've found destiny, I am LOVING this car. As some of you know I built up a FFR Cobra roadster, but I'd sell that, and my soul in a heartbeat for one of these. Exotic Auto Restoration in SoCal have taken a Superformance Coupe and modified it to produce a limited run of very special Daytona Coupes. Superformance cars are authorized by the man himself Carroll Shelby as 'legit' replicas (an oxymoron if I've ever heard one), so a Superformance Coupe is as close as you're going to get to owning a Daytona coupe for less than a few million dollars.

Starting with the obvious, the guys at EAR have added some pretty enormous fender flares, the rears with the keyhole cutout remind me of a 993 GT2. Somehow, this car which was very curvaceous and muscular looks even more so now, very aggressive, I love it.

The wider stance allows the custom made 18" Halibrand replicas to widen as well, with 275's on the front and 335's on the rear, these being the super sticky Michelin Pilot Sport tires.  Fit and finish on the flares looks top notch. 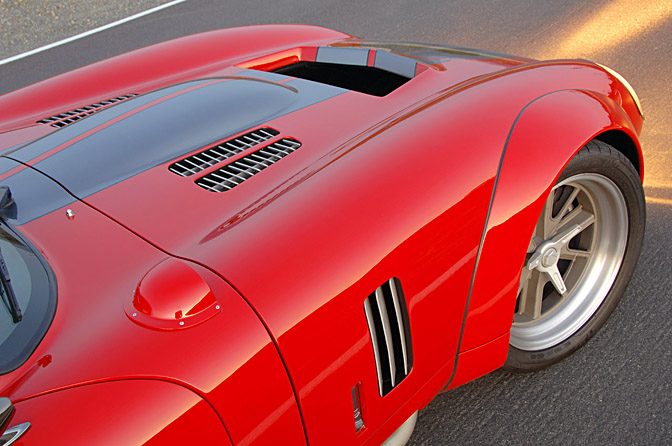 They've added some extra ventilation on the hood as well to help all the BTU's the Roush mill puts out. I love the stepped lip deep dish rims. 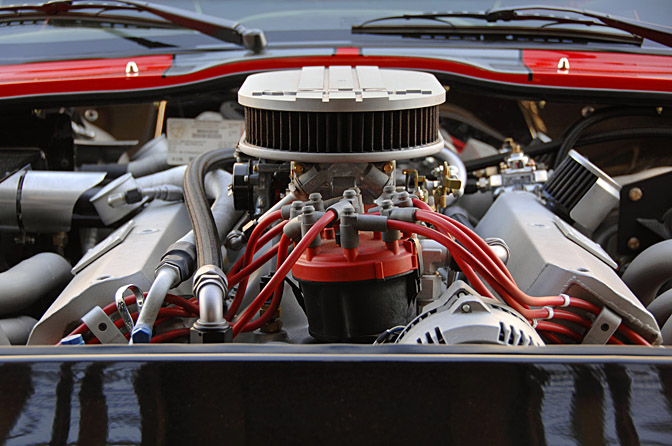 Then engine comes from Roush who have a great partnership with Superformance and Shelby. The 402R is based on a Ford Windsor 351 block and pumps out 430 ponies, strong ones at that. There is an optional all aluminum Shelby 427 to be offered as well with the 'RS' version of the car which is a stripped down track ready Daytona Coupe. 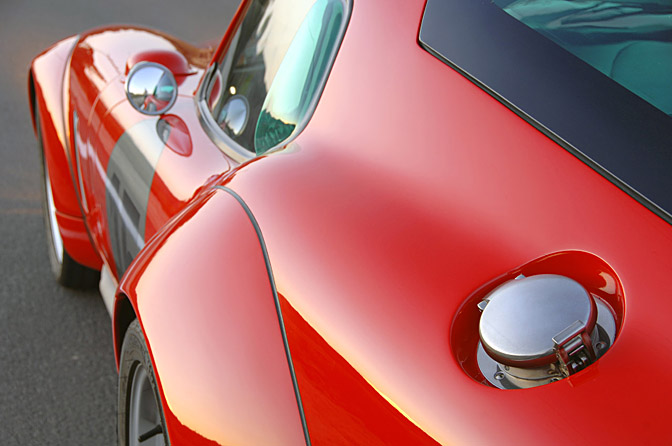 The original Daytona coupe has a glorious history, winning LeMans in 1965 outright, beating the Ferrari's in the process, which was Ford and Shelby's main target. The original was capable of 200mph in 1965, I wonder what this one will do? There was a FFR Daytona coupe that did 216mph last year…. hmmmm.

I guess its only fitting that I post this today, since today, one of the original 6 Daytona Coupes will be on the auction block, and experts are estimating it will go for upwards of $15,000,000!! Making it the most expensive car on the planet, surpassing James Coburn's '61 Ferrari 250 GT California Spyder at a paltry $11 mil.

If I was to win the Lottery that would be sitting on my drive within the week. awesome lookin machine

always been in love with this car....and this version is ......undescribable.

Could use a nice, aggressive air dam though.

Incidentally, anyone know how much it costs?

The original was the best what america has ever achieved in car-industries !

well i am sure there many other can sell for higher than 15 million but its just that the owner of those car will try to keep them as long as possible and i am thinking about the ferrari 330 p4(only 4 made) Bugatti type 43 royale(6 still existing,each one having its own body style),Buggati type 35 Atlantic and i am also sure some 1910s to 1940s rolls royce can get close to 15 millions.

oh and there is many racing car which cant be estimated cause they are just part of history like the ferrari 156 f1 1961 of phil hill which gaves ferrari their first manufacturer championship.

I saw the title, then the pic, and thought "hubba hubba indeed!"

first pic should be a desktop.

can anyone tell who fabricated the custom made 18" Halibrand replicas ?

There you have Desktops:

Snoro, you're definitely right, the price would only be the most expensive car sold at auction, something is only worth what someone will pay for it, perhaps someone would pay more for a 156 Ferrari F1 car, I wouldn't doubt it. Glad you guys enjoyed the post.

Interesting as these are not that close to the actual Dayton's... Which did not sell at 6.5 million at Mecums yesterday! Pete Brock has continued to develop the car while superformance has had the lic for it. Also when I saw Pete Brock's Superformance Daytona car at the Classic Import Show in Irvine last year, he had a sticker "Is Carol suing you too?"

There was a some issue on these a few years back, as they are not clones but a pretty different replica, unlike thier gt40 kits, which are updates from the original parts.

I would give my elft nut for it

and about this daytona replica, does i am the only one that would change that engine for a ferrari 430 v8 instead of the usual american v8 big block ??

Ooo I like this one for the wish list, I'd rather have one of these than a Cobra replica.

I happened to see a documentary last night on BBC Four called the Cobra Ferrari Wars, the design/development process of the Daytona Coupe was highlighted, Pete Brock did a good job for his first design.

can't wait for a wallpaper of this bad boy

It needs classy side pipes, those take away from the car.

The superformance cars are built in Port Elisabeth in South Africa and technically they do not produce replica's but licenced "continuation models" of the GT40 (using the same helicopter door hinges that the original GT40's used) and the Daytona Coupe.