Another aggressive supercar at Geneva!

For me, Aston Martin Design has always been about elegant, well resolved, sportscars or grand tourers which have a sense of style few can rival.

Aston’s recent decent language dates back to the DB7 of 1990….but the new limited Edition ‘One-77′ re-writes these rules.

The Zero-77 will be limited to Seventy Seven examples and chassis one, without body was on show at Geneva along with a full size mock-up. These two new renders were released by Aston Martin, while the show images at Geneva come from Autoblog.

Although the final car wasn’t at the show, its cool to see the Carbon chassis. We have been teased with renders for a while.

The design is distinctive with a much larger traditional Aston grille and some unusual air intakes which cut into the headlamps. The intake has a subtle divider which  lines up with a similar feature on the front fender and door.

The rear is equally dramatic which a new interpretation on the now traditional Aston rear lights and the small flick up tail.

Its a radical departure for Aston, but still instantly recognisable. What do you think? 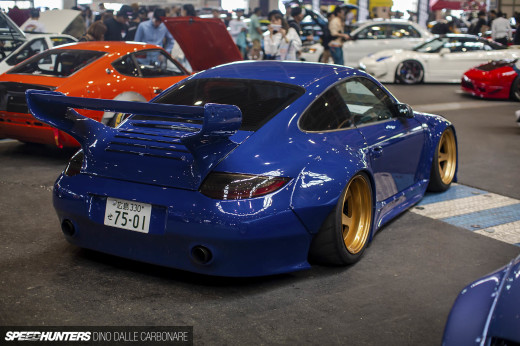 The lines of the Aston look somewhat the TVR Sagaris.

The front would look awesome without those side scoops that join into the headlights.

Does anyone have clear pics of the interior??

Is that suspension for real? What do you call those again? Cantilever?

wow, look at just how far and low they placed the engine! amazing car

Richo - Interior has not been released to the public yet.

...double wishbones at each corner and inboard suspension front and rear, with pushrods employed to transfer vertical suspension movements to the horizontally mounted spring/damper units. The dampers are fully adjustable and feature advanced Dynamic Suspension Spool Valve (DSSV) technology, which Aston claims is a world-first for a road car application.

It will still leak oil, otherwise it's not an Aston. I do like the look though for the most part.

so hardcore! i love where the Prodrive is taking Aston!

Prodrive do not own Aston.

Agree with BlueSlug on Chrysler

LOVE IT! 100% function but the form is still breathtaking.

Its a car that will always be worth rediculous amounts of money.

To my knowledge Prodrive does own a small part of Aston Martin, the rest, some 900 million odd, is controlled by Saudi investors. Prodrive also runs the DBR9 program also known as AMR. The management is still the same, but they now have the cash to make things like the new One-77 and Lagonda concepts a reality.

Prodrive does not own any part of Aston Martin according to my sources and I've never read anything official that says they do.

David Richards, Chairman and one of the founders of Prodrive led the consortium with the backing of a couple of Kuwait investment companies (not Saudi) and a very rich Aston collector. Richards owns a part of Aston Martin in this deal.

I do remember one of the Kuwait companies was going to buy into Prodrive, but I dont know if this ever happened what with the economic climate.

Its no different to say 'Team BMW UK' in the WTCC being RBM racing or when Alfa Romeo BTCC team were Prodrive.

Andy just asked me about this on MSN. He's spot on. Prodrive are Aston Martin Racing, they do not own AM, although the companies do work together on projects.

Thanks, common mistake though. I see it corrected on Ten-Tenths forum every couple of weeks, more so now that Lola and Aston Martin Racing (aka Prodrive) have a tiff over the Le Mans car.

why the second (in grey)?

Wallpaper please....Last image, side profile! Thanks

i see, today, some of the press sites are claiming the Kuwait investers want to sell some of the shares

Oh yeah sorry for the misunderstanding i'm well aware that Prodrive as a corporate entity has no ownership over Aston Martin, what i meant to write was "the Prodrive connection", referring to the fact that the head man at Prodrive is the current owner of AM. i must have forgotten to slip that in there