SHARE Random Snap>> The Second Wave Has Been Cancelled

Muscle car aficionados have plenty to get nostalgic about don't they? The pony car era from the mid 60s to the early 70s produced some of the most exciting cars Detroit has ever offered. The multinationals seemed to be tailor making a wide range of cars for a youth culture audience, who rushed down to the dealerships, (and banks no doubt) to pick up the latest factory hot rods on offer.

For better or for worst, the party got interrupted by the oil crisis, catalytic converters and…. the economy car. Times changed and the Hemis, GT500s, Z/28s, Trans Ams, R/Ts etc were traded in for Pintos, Vegas, 510s and Corollas. Small and efficient cars became the thing to have.

In more recently times, with the return of the Challenger, Camaro and the fastback Mustang, we've seen the pony cars come back to life with a bit of a second coming- but I do question if this "new" Muscle car era can last. Will these big, heavy pony cars be able to weather the credit crunch and the eco movement?

Unfortunately for the Sport Compact crowd, our second coming party is over before it really got started…. The credit crunch has put an end to several exciting new programs which showed some promise for the future: the new NSX, S2000, RWD Toyota-Subaru, Silvia…. it's a bit depressing huh? Oh well…. The best we can do is go save a CRX, or an Integra… Or you can stare at this lovely supercharged machine built by MR2OC and MR2.com member MR2HYBRID93 and think of the days when cars like this were new…. I don't think we'll see an era like the late 80s to mid 90s any time soon unfortunately.

The Lure Of The MR2 Continues 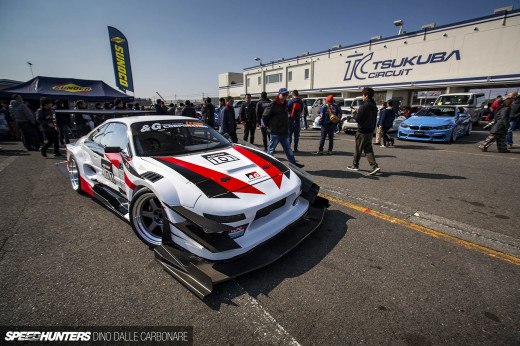 Ive seen this car in person, and it is a beatiful car

So long as Dodge keeps making that Challenger, I'll be satisfied. It's kind of sad that the other car companies aren't trying to stir up some enthusiasm for ponycars again, though.

I tend to see it this way: These days we have the GT-R, those amazing Mercedes V8's and the lovely Z06 to name only a few.

Maybe Japanese car manufacturers haven't been able to reproduce their glory days from the mid 90s but hey: one thing goes another thing comes. Back at the beginning of the 90s I was deeply upset with Lancia when they discontinued the Integrale but then Subaru gave me the GC8 ... and so it will go on, and on... and on.

Will the economic crisis take all the remaining exciting cars from us? Maybe but I reckon something'll come after it! Just look what followed the oil crisis in the 70s: F40 anyone?

The sad truth is so hard to swallow. If only we could ask the Big Wig CEOs of the Japanese manufacturers to reconsider.

Thats why I am trying to get everything I can get my hands on in Japan next year before it's all gone. I will get my hands on a Skyline GT-R finally and get all the parts for my EVO IX.

It sucks that new uber expensive sport cars are dead, but there are so many older (much cheaper) cars that can be just as fun. The new cars have so much technolgy in them that tunning them is next to imposible for the average joy. Just look at the GT-R. If you blow up an engine in a mid 90s sport compact it might be $1000 to replace the whole engine. You do the same thing to a new GT-R and your looking at $20,000+.

History comes in cycles. Look at the peak muscle car era. It probalby lasted 10 years. I'd say 1962 -1972 give or take. Well, if you figure the last 5-10 years what has happened in the auto world. Some amazing cars have come along. But, I do see the muscle car era going away again. I hope they keep the good looks and go smaller engines. Look at the Hyundai Genesis Coupe (3300lbs) running a 30mpg 2.0L. More companies should do the same. If small engine popularity hasn't taught auto makers that they can not only be economical, but have great performance. Just look at some of the most popular engines in the last 10-20 years.

Honda B and K series

Toyota was doing really well when they had light rwd cars, haha. SW20's are really just lovely cars to look at.

You guys think you can find some Sick AW11's ?

That's one of the best looking MR2s I've ever seen!

Officially the RWD Toyota-Subaru has not been canceled but postponed. But I won't be surprised if it got postponed the upcoming 5 years or so...

I will do it for you I guess.

(corner starved it at the auto x.. stupid oil pan)

Custom passenger side mount made by Randy Noll

High and Tight Endlinks front and back

New stainless nuts and bolts in the frunk

metal braces and brackets behind dash de-rusted and painted gold

Driver side and Pass side have Lumbar and Bolster Adjustments

Eliminated AM and FM antennas

Wire Tuck for body harness and harness in front trunk

^Blog on how i did this http://www.mr2.com/forums/blogs/mr2h...ont-trunk.html

This car RARELY goes to a shop.. I do 90% of the work in my garage since I had it. with some help from a few friends that i would trust with my car. but i do most of it. maybe only thing that its going to go to a shop for is painting the exterior and tire installs.

dropped the motor in and out of this car 4 times already all in my garage. fun stuff

Darren is one of the nicest and most helpful guys in the MR2 scene. He took out every wire in this car and replaced them all himself with new, fresh wires. It has a supercharged V6, and it runs like a champ. It is very fast and handles REALLY well. A lot of people over look MR2's, but they need more credit. This car is one of the best MR2's on the road, and he did "90% of the work by himself".

Darren's car is amazing; in every aspect. He's not only dedicated his money to this car, but also his time and effort. all i can say about this car is "ohh the POWERRRRR!!" haha, she really is a beast! performance wise, and looks wise. you think Darren's car LOOKS amazing and the spec's make his car SOUND amazing, but wait till you see it in action.... CAUSE YOU HAVEN'T SEEN NOTHIN YET

mid-engine cars FTW! never underestimate what an mr2 can bring to the table. we got thissss! lol.

wow! Rob, thanks for doing the work for me hehe =P Thanks everyone for their compliments. Criticism also welcome as I know this car isn't perfect yet.. just building this car as budget permits being only 22 now and full time work and part time student.. I got to rebalance my time and $ even more.

It's been a long journey of ups and downs with this car.. IE: blowing 3 motors within 18 month period.. without the knowledge base that others have shared with me I couldn't have done some of the work on this car. I'm happy to return favors either helping a fellow MR2 owner or any car enthusiast out when they need a fix, a part, or just some help/advice. This is what the whole community is about. I guess I get this attribute from my dad who is a very well known acupuncturist, eastern style doctor. He's head of this one comity of doctors where they spread their knowledge across the country and even abroad. Making acupuncture a more recognized practice. Anyways, I guess he fixes people and I fix cars.

The whole tearing down the entire car and rewiring gig was totally done through boredom. I waited months for my motor to get parts for rebuild so one day I sat in my car.. just wondering.. this car has so much useless stuff that I don't even need.. so just decided to remove them even down to the pinouts in the harness clips haha! every gram counts? I guess I added weight when i sanded down the surface rust on the chassis braces behind the dash and painted it gold to prevent rust from occuring again!

This car is never done. I still have lots of goals to reach. As we all know.. this "hobby" or "love for" is not cheap!