I suppose the fact that I still have fresh material to post from Tokyo Auto Salon shows just how big of an event it really is. I have just one or two TAS posts left, and in this one I'll go over some of the compact and kei cars from this year's show. Just like the vans, to pass up these cars would mean overlooking a big part of the show. Whether it's strange conversions or VIP style keis, there was something to suit just about anyone's taste. This year also saw the debut of the Toyota iQ, which is likely to become a popular choice for budget-minded enthusiasts around the world.

A shop known as "Sexy Custom" brought this Nissan Moco kei loaded with what looked to be about 30 LCD monitors. I'm not sure if the word "sexy" can be associated with kei cars, but this car comes pretty close.

The Mazda Demio continues to be a popular car for circuit junkies and I continue hoping Mazda will import it to the USA. This Knight Sports-tuned example could also be seen at the Rev Speed time attack last month.

A vintage Chevy C/K pickup is a bit unpractical to own in Japan, so you can have Dream Factory Blow convert your Mazda Spiano kei wagon into a replica like this one. This is one of a number of kits that Blow offers to convert kei cars into classic American trucks and vans. I love it.

The Suzuki Wagon R "Road Bomber" concept is another kei that gets a lot of inspiration from the good ole' US of A.

When I first saw the Toyota iQ, I thought it was a bit, well….lame. There were few of them Auto Salon, and seeing the car lowered on some proper wheels has started to change my opinion on them. Unlike kei cars which are tall and narrow, the iQ is short and wide, which should make it pretty fun when tuned right. What do you guys think?

Here's a company called "Rice Rocket" doing their best to inject some style into the Daihatsu Copen kei roadster.

Here's another example of a properly done Suzuki Wagon R. This one is from the VIP maniacs at K-Break.

TM Square is a small company that specializes in making parts for the Suzuki Swift Sport. They brought their two demo cars to the show.

How about a Hummer conversion for the Toyota bB? They call this thing the "Bummer". No joke.

There were a few modified versions of the Toyota Prius at the show, but the one from K's Works was my favorite by far.

Here's the Endless Toyota iQ complete with race queens integrated into the graphics. Hopefully someone's working on a 2ZZ-GE swap kit for this car…

And finally, a Suzuki Cappuccino converted into a miniature Porsche 911. Like it or not, you have to respect the effort that goes into projects like this. 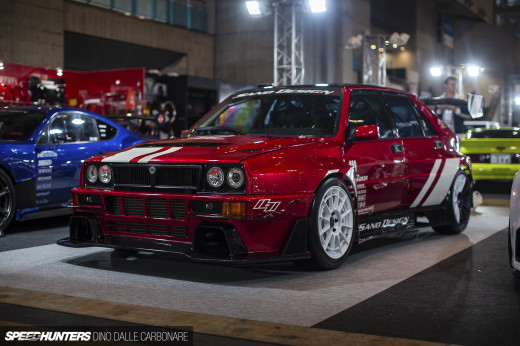 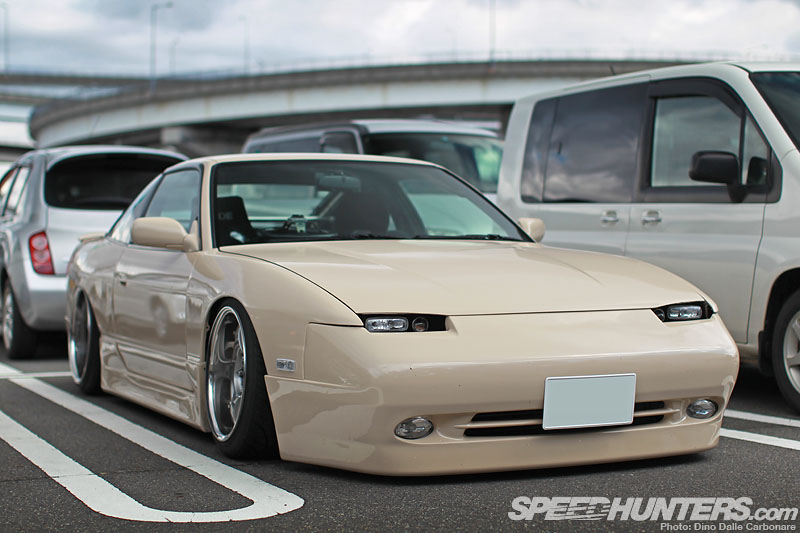 More pics of the K 911 PLEASE!!! Haha that thing is so sick I would rock that to work like every day and save so much gas while lookin baller still. Also whoever decided to make this kit for the Cappuccino made a good move since it is probably (performance-wise at least) the best K car to drive, this thing with just some mild tuning even would probably be a blast drive; dare I say it is potentially even better than a 911 down the B roads.

the bummer is gross

now they need a conversion for the new bB

that cappuccino to 911 conversion is sick!

I love the Wagon R's from K-Break and KLC

Apart from the Bb, I think the conversion kits which you can get for the different cars are ace..

Any Daihatsu's there this year?

You should post up that mini R35 that NATS brought out. It was pretty damn funny looking.

I love those IQ's, the yellow swifts are kickass too

Not with you on the IQ. Vitz/Yaris might be the best thing Toyota has going... and I like Kei stuff a lot... but the IQ is way ugly.

Please Please add some more Suzuki Swift photos!!! btw i love the Prius. I never thought that hybrids would step in the tuning scene....

Bummer. Brilliant! Reminds me of a dodgy translation I saw on a sign outside a pachinko parlour in Jiyugaoka on Xmas day. That Cappuccino 911 (Espresso?) is flash as. Would it be inappropriate (much like that sign I saw in...) to suggest that it would look cool with flat black paint?

I agree with Cueman about the Vitz/Yaris; it looks great and competes with the Demio for being the best looking K Car.

more cappuccino/911 photos! and the iQ would be great if was a FR... or even if they put the engine in the back!

As for the mini r35, say what? pics please

This is why I love Suzuki so darn much... I want a Suzuki Swift Sport!!!! They are truly awesome cars...

The Mitsubishi Road Bomber is for me!!!

whats that behind the Copen?

I love Copens! That mini Chevy truck is awesome, too! I think the Toyota iq is pretty cool, it would sure take a chunk out of Smart sales if/when they bring it here, especially since it seats more than two. Maybe lowered with a supercharged, direct injected engine or a motorcycle swap like a turbo Kawasaki or 'Busa motor!

I am really impressed with the iQ (the Gazoo Racing one), I agree that it looks pretty lame stock, and I'm pleased it can be turned into something so decent.

The Chevy C/K Spiano takes the cake though.

I love the kei cars and small compacts, but personally think the use of Kei car in this post is being intermingled with compact/supermini. Realistically, for a car to qualify as a kei car, it must be below 47kw, 660cc and possibly a weight threshhold as well. The kei car was set up because to promote tax breaks available to to those that needed something bigger than a motorbike, but couldn't afford a full-size car...

I reckon as a super-mini the iQ looks much better than the Yaris/Vitz, and more suited to pocket rocket set ups. Actually, should put a yamaha r1 or Suzi GSXR engine, and you'd have more power than the current Corolla in a lighter package.

The cappuccino is AWESOME!