Tokyo Auto Salon 2008 was all about the GT-R, Evo, and Impreza, and though the Lexus IS-F was already on the market, it didn't have the big showing that those other cars did. It's looking like '09 show might be the time when we see what Japan's tuners are capable of with the IS-F. Wald International has recently shown their new IS-F aero package which is part of its Sports Line series. Like the Sports Line kit for the new GT-R, the IS-F version is quite aggressive in contrast to the rather subtle style of other Wald parts.

The front of the car carries the aggressive nature of the stock IS-F even further with a redesigned front fascia that has exotic car-like design elements. On a lot of cars this design would probably be a little too much, but it seems to work well on the IS-F.

From the side profile it looks like not much has changed, though you can see the vents on the side of the front bumper here.

Some of the biggest changes come to the rear of the car where the back bumper has an integrated diffuser and a large carbon fiber rear spoiler has been added to the the trunklid.

Judging by these photos, I think Wald has done a pretty good job with this one. I guess I'll have to hold full judgment until I see the car in the flesh at TAS in January. Here's hoping there will be plenty of other tuned IS-F's to check out at the show. 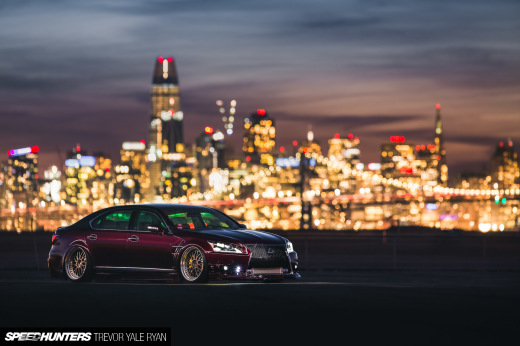 I think "diffuser" is a bit marketing-centric for that "diffuser".

i think WALD has been going a little too far off on their designs...photoshop galore here and the results of their kits aren't looking to well once their on the actual car. The lower lip portion of the front bumper is straight off the Ericsson BMW M3 bumper with a block of something to attach it to the bumper? I think the new WALD kits have too many lines some that aren't needed and if smoothed/taken out could look really clean.

that rear bumper can't be saved...take off the two brake lights and clean it up and the bumper still sticks out too much...it needs to be more subtle to fit the rest of the look of the car.

i dislike the front bumper very much, and the spoiler should be body-coloured... the IS-F isn't an STI and they should tune it accordingly. i would also remove the horizontal rectangular holes in the rear bumper

Thats my favorite sedan of the moment.

Actually I think this looks pretty bad ass. I'm really tired of this VIP nonsense. Its about time we get some more aggressive fitting aero for cars that have more balls than beauty. I believe if you want VIP just get a regular IS. This is the closest thing Toyota has put out to a new supra, it packs a serious punch, why should it be all classy and sleek?

VROCSone I see what you mean about cleaning up the design, but if you take look at the side profile, those lines are there to flow with the fender ducts. I think it flows very well. I agree that the rear lights in the diffuser could be removed, but either way I think it looks good.

I think it looks pretty good, but waay to much M3 in there. I'm a BMW fan and think they should develop their own style.

It looks pretty tough but i think it needs some bigger guards.

im like this. just having a cf rear trunk is unique.