As most of you already know, a couple weeks ago, we were at the Pokka 1000kms Super GT race at Suzuka Circuit, enjoying the sights and sounds and smells of all the cars as they sped past the media center, whizzed past the grandstands, and as they darted into pit lane for their quick fuel-ups and tire changes – seeing all these cars live in front of you is definitely exciting! However, let's take a moment or two to check out another sight that excites a lot of race fans – the Super GT race queens.

These race queens, umbrella girls, grid girls, campaign girls or kan-gyaru are a big part of the Super GT lifestyle. They're regulars in the traveling circus that is Super GT. There are tons and tons of devoted race queen fans from Japan who seem to travel from race to race with their super expensive camera equipment, and they only shoot race queens! Sometimes these guys aren't even interested in seeing the Super GT cars run! Crazy!

Anyway, so what do you think, guys? Which ones are your favorites?

(Personally, I made quite a few "new friends" during my visit to Suzuka, but I'd have to say, I'm partial to the Autobacs/ARTA umbrella girl on the left.)

It's all about the pigtails.

With a new blue R35 GTR and their girl on the right, Calsonic has a winning combo!

The Avex Group always has girls with good style, no matter where they are – Super GT, or Tokyo Auto Salon. Man, at TAS this year, my friend Kenta from Tokyo Drive Productions was inviting me to hang out with him at the TAS backstage with the Avex Group girls, but I told him I was too busy taking photos. I'm such an idiot.

Most definitely, wear your hat!

Actually I decided not to caption the last few photos, cause I don't think you guys are interested in reading the captions anyways! Hope you enjoyed the pics!

The Super GT Experience at Suzuka 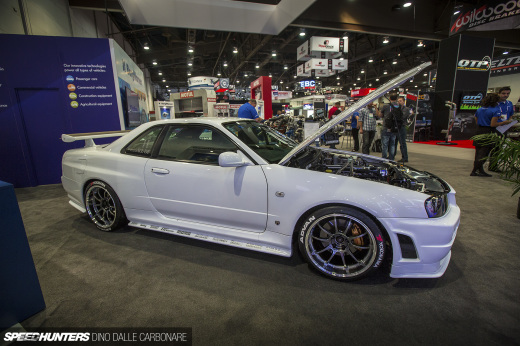 some of them look like they were born yesterday

LOL B2K but in Japan keep in mind everyone looks 10 years younger than they actually are! Many of the girls I spoke to were between 23-26. Safe! hahahahaha =)

Antonio I totally agree with you on the first 2 pics. I pick the pig tails as the winner! I'm gonna hunt her down.

Meh, have to look out for commander while viewing these =D

HAHA Roe! hilarious man... watch out for the commanding opicer...

Section09: damn, sorry I forgot her name, man. You should try to pick up a Gals Paradise "mook" if you wanna find out her name. I saw them on sale at Suzuka, but I bought the Cars of Super GT mook instead. Pretty cheap! I think it was only 1200 yen if I remember right! Just enough money left over to buy some takoyaki and a drink. Hellyea.

Felix: Did you get an Offset is Everything license plate for your JZS161 yet? I forgot if you had it or not...

Well Antonio not only in japan that everyone looks younger.... Almost all Asians do look younger.

Whats a mook? did you mean book? Jeez pigtails is hottie.

Thats it! im goin to japanese restaurant today to holla at some cute waitresses. Gotta find one that looks like her, lol

a "mook" is what Japanese people call a softcover book, usually sized around 9x12 inches. I didn't know this for the first 5 years I was buying them, but I think they call em "mook" because they think it's a cross between a "mag" and a "book." again, I'm just guessing here... but Japanese people all seem to refer to HyperREVs as "mooks" and Gals Paradise as a "mook" and Garage Life as a "mook" etc.... check em out at your local Kinokuniya Bookstore in NYC!

Wow, it seems that everyone is diggin the pigtails rakuten girl huh! Hmmm... I like the ARTA girl though, Miyagi san from the Super GT ARTA NSX team just emailed me because he saw the site, and he reminded me that her name is Airi. I met so many of those race queens in 1 hour, I forgot everyone's names pretty much!

I, for one, am not picky...and I'm no longer going to be able to do any work this afternoon...

i read the captions, don't be lazy there man. j/k.

Damn pigtails, I cant stop thinking about her. lol

Maybe she'll be at D1 Fuji Speedway? I'll be there later this year. If I see her, she's getting kidnapped. Then I'll take her to dinner or something lol. If I see the ARTA girl I'll bag her for you too, just cause your cool man.

Oh then I have lots of these "mooks" too lol. Stacks of Hyperrev, option, garagelife, etc. I go to Kinokuniya sometimes but mostly I rack up and Mitsuwa on Sundays. We have our "JDM meetings" there every week. There is a nice Shiseido there. Cuties running around that place too mmm.

Mook was pretty funny tho, I remember hearing lots of mobster/italian doods calling people mooks. I googled it and found the meaning to be "a foolish, insignificant, or contemptible person". I figured thats not what we were talking about here haha.

Pass the word along. All thse girls are invited to the next Allstar Bash and theres room for Miss Pigtails in my tent. Ask if she likes sparkly gold cars.