This little rocket is the Honda Civic Type R – R3 Rally car. Based upon the European Civic hatchback, this rally version has been developed by Honda Europe’s Customer racing partner, JAS Motorsport.

The project showcases JAS’ talents outside of the WTCC and Endurance Racing. The car is built to new 'R3' class regs, which allows it to compete in the Intercontinental Rally Challenge. 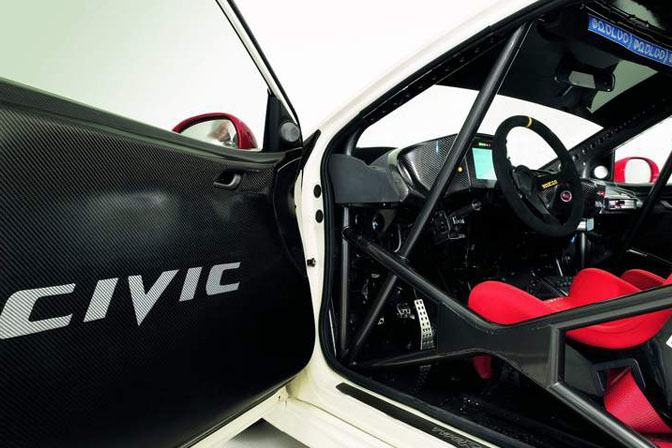 Its has also had success in National Rally campaigns including the British, Dutch, Italian and Asian Pacific  series. JAS have also taken part in selected rounds of the WRC.

Their most recent success was on ‘Rally Finland’ last month where, British Rally Champion, Guy Wilks drove to a dominant ‘R3’ Class win.

Guy drives the JAS factory car on selected events, including Australia (above), Russia and Finland.

Italian team, Procar are running Alessandro Bettega in most rounds of the IRC.

The majority of cars are for customers. Over 20 chassis have now been built.

The Civic is powered by a 2 Litre VTEC engine, developing over 260bhp developed by Mugen. This is mated to a  six speed sequential gearbox. Rally specification equipment includes new suspension, brakes, limited slip differential and a weight saving program. 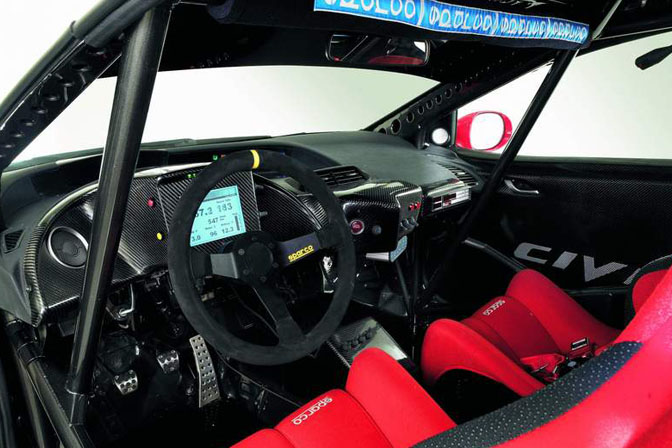 The inside of the ‘R3’ looks very different to a standard Civic Type R.  All unnecessary trim has been removed, including parts of the dashboard. In its place, Carbon Fibre, Fibreglass and rally switchgear.  Roll cage, Sparco race seats and harness have also been chosen. 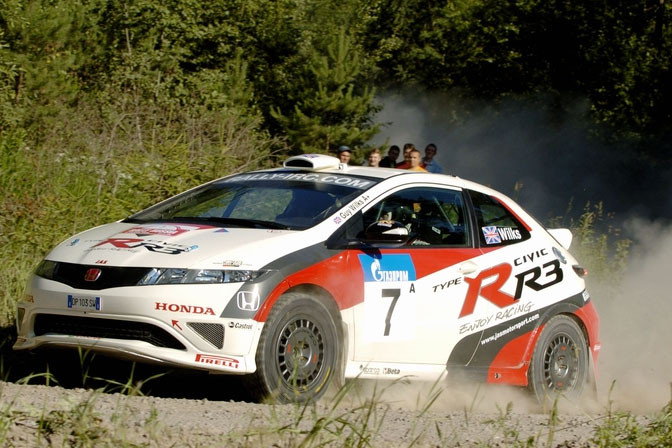 If your interested, you better start saving. A full rally prepeared JAS Civic costs over $130,000 (US). The good thing about this programme is privateers can choose the individual parts they really need.

The Civic Type-R R3 is a great rally car which can hold its own in the lower ranks of the WRC. Despite the large Honda branding on the car, the company doesnt really promote their rallying much.

JAS Motorsport have just expanded their Civic range and launched an Endurance Racing version for circuit racing. With their current Accord Euro now out of production, I wonder if they will switch to a Civic for 2009 World Touring Car Championship.

With bigger funding from Honda, both these programmes could see the Civic at the front of the pack in 2009. 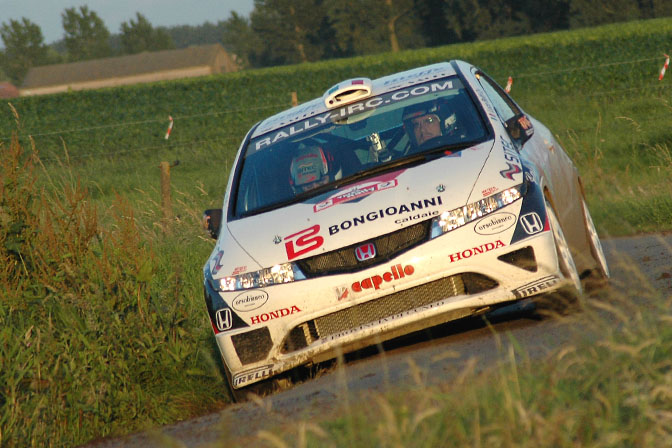 Warren - Sorry, I should have mentioned that this class is 2WD only.

Finally! A front wheel drive article. And a cracker-jack one at that

Since 2007 Team Halfors is running S2000 Spec Civic Hatch in the BTCC (same regulations as WTCC).

I wonder how it will compete against the 4WD-racers in the IRC...

Concerning touring car racing... JAS MS have a CTR "Circuit" on their website, could be something... but I don't know if it matches the WTCC rules.

Banzai - just for you!

Toast- we did a full car featue on the BTCC (only local homologated btw) car earlier this year with some great exclusive photos. Have a look here. - http://www.speedhunters.com/archive/2008/05/20/car-feature-gt-gt-btcc-honda-civic-type-s.aspx

Schitzelsemmel - I think its Honda's first serious effort, but really JAS doing all the work (just as Team Dynamics with the BTCC Car). It cant really compete with the 4wd cars in the IRC, but it is a quick car. It did beat all the JWRC 2wd cars on Rally Finland which was impressive. Guy Wilks is a star of the future.

The CTR Circuit is the endurance racer I touched on in the article. JAS have a long history with Endurance Touring cars with the last generation Civic (and even older Accord). They dont meet the WTCC regs....but thats not to mean they aren't working on something for 09. JAS currently race the Accord Europ, but that shell has just been replaced.

...sorrry, I meant generation, not shell

Wonder what it would be like on Corsica or Catalunya against the 4wd's, anyone remember the Xsara's from around 2003.

Not a big fan of the European hatch, but whatever, this car makes it up with its stunning technology !

There is something special about Honda as compared to other large automakers. It's hard to put a finger on it exactly, but I think it has something to do with how motorsport has been ingrained in the brand since its earliest days. In the early to