As some of you may already know, the Redline Time Attack and Live Sockets Battle was this past weekend at California Speedway. Go ahead and check out the other websites and magazines for all the competitor scores and times. I wasn't too interested in tracking all that mumbo jumbo, as I focused myself on a different goal for the event. My priority was to create photos that made this time attack event look as exciting as possible.

Even though magazines have been hyping Time Attack events like crazy, my personal opinion is that these events are focused on the drivers, which is great! I myself would love to begin driving in Time Attack events, if I could somehow get my hands on a car that's a bit faster than my 130-ish horsepower AE86 street car. I love my car to death, but damn, that thing is so slow in comparison to newer, more modern cars. (It's ok, I still think imy AE86 is cool as hell.)

For spectators though, I think Time Attack events might be best viewed on a TV screen or as post-event coverage in magazines and websites. I saw many an upset girlfriend waiting around the track; even in the carshow area, where the most popular booth seemed to be the one selling snow cones.

Speedhunters represent! When he wasn't cruising the pit area in his cool ATV, eating fresh vegetables and saying hello to his friends, our boy Chris Rado was hunting down the best speeds and times his Scion TC could produce!

Tyler McQuarrie was driving this BC carbon fiber S2000, which was built by Gary Castillo at Design Craft… wait a minute! That can't be Tyler McQuarrie in there, I don't see the gray Schikane shirt!

This GC8 Impreza from GST Motorsports was the event winner! This car looks a bit closer to the high level Time Attack UK cars that Rod and I saw over at Donington Park!

S2000 battle! The Evasive Motorsports S2000 went toe to toe with this stock looking S2000CR on the banking, but come on… the CR didn't have a chance against the Evasive-built S2K.

Seasoned road racer Sam Higashi was driving our boy Dominic Chen's S15 Silvia at the event. Dom's ichigo was outfitted with some of the best parts in the industry – Works Bell steering accessories, AME Wheels, and of course, Endless brakes. Endless brakes save lives!

Which would you prefer? R34 Skyline GTR Vspec or Cobb Tuning R35 GTR? I haven't driven the R35 yet, but if I were to own one, I think I'd choose an R34. It looks cool and is more exclusive!

JZA80 in the house! Wow this guy is rocking KW Suspension too? Alot of people are starting to pop up with this German suspension on their cars.

Our old friend Sean Lee from Air Tiger offered to be the pace car for the Live Sockets battle, but he got bored waiting around for the cars to grid up, so he decided to clown around and do a burnout with his new AMG C63 Black series Mercedes. Damn, baller… you've come a long way from the red 1985 AE86 coupe you used to drive, Sean! Glad you still have your 86 though!

Mmmm… Lotus. I think I'm gonna bug my friend Francis at Aspec and see if he'll let me test drive his Elise.

Damn, almost every car at this event was running KW Suspension! Crazy! I do love those Enkei NT03 wheels…

The thing I like most about this Impreza is the sticker on the windshield, which was made from two Yokohama Tires stickers… but it says "YO MAMA." Haha dope!

While the other drivers took an extra cool-down lap after the checkered flag, the driver of this M-Workz Z33 seemed to get bored, so he drifted one of the turns on the back section of California Speedway's infield. When he did that, the photographers perked up and grabbed their cameras, some even cheered. It just goes to show, the moments when race cars drift usually become the most exciting moments of a road race to watch! Man, I love drifting. Dot com. 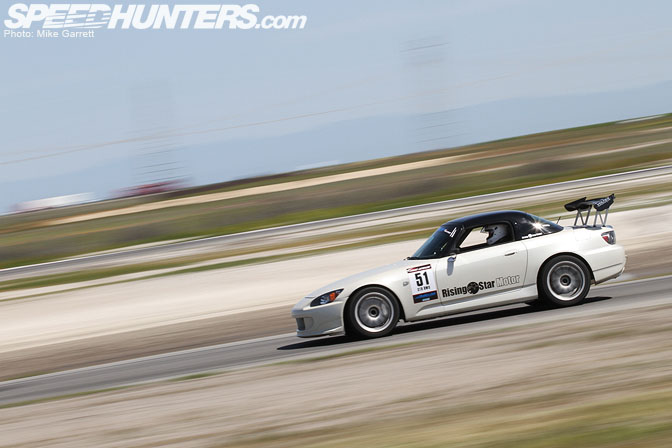 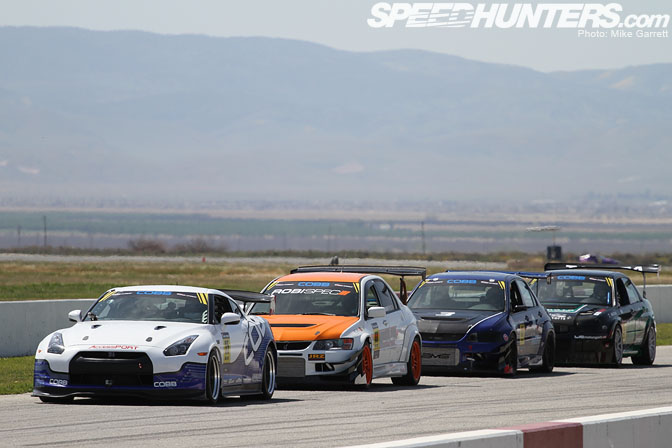 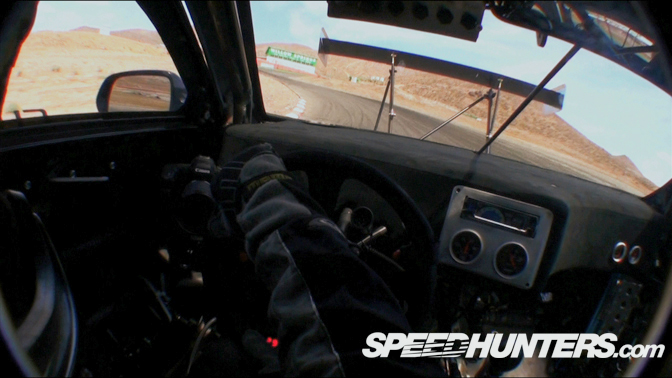 The M-Workz Z is amazing. I'm suprised that it hasn't gotten more coverage!

nice product placement there at the end...

I think that was my first time seeing (or noticing) the M Workz Z. Im surprised it hasnt been at more events!

It was a great event. Had a blast.

oh snap, you're right pat! thanks for looking and schooling me!! HAHA!

What does BC stand for?

You know what it means Felix! You know ALL about it! Dont lie! HAHA cool pics!

check out my photos from the same event! http://kinod.net/linhbergh/?p=79

yeah, man. KINOD.net has way better coverage. The picture quality blow this out of the water.

i dunno if i'd go as far as saying "blow this out of the water" though. i noticed you're part of this site, or at least you're on the links. if you guys would like me to link up to your coverage so our readers can visit your photos too, then just ask and i might oblige if you ask nicely. no need for you to be rude or try to threadjack so you can get traffic.

either way, it's fine, it doesnt hurt my feelings, kid!

The MFQ Motorsports Evo (the yellow one pictured) was bad ass. And it backed it up to by winning the overall MOdified Class. That Harmon Motive Sti....why does it not have a rear wing?

Imfocus at the top is the first one I've genuinly liked, I still refuse to call it an Impreza though

@Linhbergh and Li: Waste of my time. Threadjacking is amateur.

good stuff guys.that GST car has made its mark now.

Linhbergh rocked the car show though.

Yo Antonio...Maybe you should show Peter the Shot I took of you the Suzuki Swift and Ashley!!

Peter LI. when you jack someone else thread you have to know who you are dealing with antonio is an old school car guy whom has tons of connection with tons of people. please be careful on who you mess around with. you got to have respect for others. i think if you ask nicely antonio will be more than glad to help you out.

The Linhbergh photos were of good composition although I think too many black and whites for something like racing where you can line up 10 cars and have every color in the spectrum sitting in your lens. Also unlike the beautiful racing photos posted here, the "Linhbergh"collection features 4 cars from the parking lot (snore) and about 5 pictures of cars standing still in the pits, 6 if you count the picture of the Supra doing about 8mph in the pit lol. There are only 2 photographs of seriously moving vehicles and only one of them showing more than one car. Overall I think if I didn't know what the posts on both sites were about, the article here at Speedhunters would deliver me an accurate and colorful representation of what went on at Cali Speedway while the blog over at "Linhbergh" would tell me nothing as it has no words and very little coverage of moving cars. One could infer from said blog in fact that there was a parking lot meet at Cali Speedway and that a furious time attack between an EVO, a Supra, an S15, and an 85 Stang took place......furious! lol

Even if Linbergh has a few nice shots. Thread jacking is for the birds. And to try to knock one of the most down to earth Photogs in the biz who is ready and willing to help people get there name and work out to the masses, not so smooth ExLax. Anybody can take a photo of a car in a parking lot, some are better than others obviously, but don't come "blowin people out of the water" when you're barely making a splash. Ease up buddy,

LOVE LOVE LOVE that picture of the Harman EVO X. Perfect framing with the grass turns an otherwise unremarkable shot into a showcase of your creative abilities. Great job Antonio and thanks for the coverage!

Antonio: You could've used the word "bored" a few more times to describe the event.

I think that would really help the time attack scene grow and prosper.

sorry eclip5e, i honestly pointed out the positive aspects of the event, but man... i gotta call it like it is. maybe the time attack scene would grow and prosper more if people showed up to the events. i think time attack would be great to participate in as a driver, like i said. but for spectating, i dont think so, even though the magazines are hyping the hell out of it.

Antonio: Awesome shots as usual. I would love to have it in higher res. We have only been running the Redline Time Attack and Super Lap events the past two years. Billy Johnson was the one making the smoke out there. Good times.

oh damn. i just fell asleep at the computer. I better go to sleep for real. it's super late here in Belgium.

oh damn. i just fell asleep at the computer. I better go to sleep for real. it's super late here in Belgium.