The British Touring Car Championship is one of my favourite series. As a Brit, I spent many cold and wet weekends at  Thruxton, Silverstone and Brands Hatch watching this type of racing. The BTCC is back in ascendance and 2008 looks like being a great year for this series.  The cars may look like the cars on the street, but underneath they are true race cars. The BTCC now runs to the FiA S2000 rules, which basically means 4-5 door cars running with engines no bigger than 2000cc. The engine can come from another car in the manufactures range. The FiA rules are used in series around the world, so we are now getting a great variety of cars on track.

The main contenders are the works  SEAT Leon, Vauxhall Vectra and Independent Honda Civic and BMW 320si. So, here is your quick guide to the cars, of the BTCC….

SEAT Leon TDi – One of my favourite teams and driver combos, the works SEAT team are racing Turbo Diesel Leon's this year. The SEAT World Touring Car team already using the TDi and like there British counterparts, narrowly missed winning the championship in 2007. Should be interesting to watch as Diesels have different characteristic with load down torque, but less effective braking (extra weight).

Experienced racers Jason Plato and Darren Turner are on board, so only a fool would discount them. However, they have still to win that elusive championship.

Vauxhall Vectra VXR – The other works team uses the Vauxhall Vectra, developed by 888 Engineering. Vauxhall and 888 have  won countless BTCC championships and are past masters. Despite its size, the car is very competitive and has already won this season. Fabrizio Giovanardi is current champion and one of the best tin-top racers in the world. 'Gio' is my tip for the championship. He is joined by ex-champion Matt Neal and youngster Tom Onslow-Cole. Both have a lot to prove . Title contenders, even with that dreadful livery

Honda Civic Type S – As detailed in our car feature, the 'FN' Civic has been developed by Independents, Team Dynamics. Always keeping the works teams on their toes, Team Dynamics won the championship in 2005 and 2006  with Matt Neal and remain 'best of the Independents'. Great looking car and livery, expect drivers Gordon Shedden and Tom Chilton to be mixing it with the works teams. 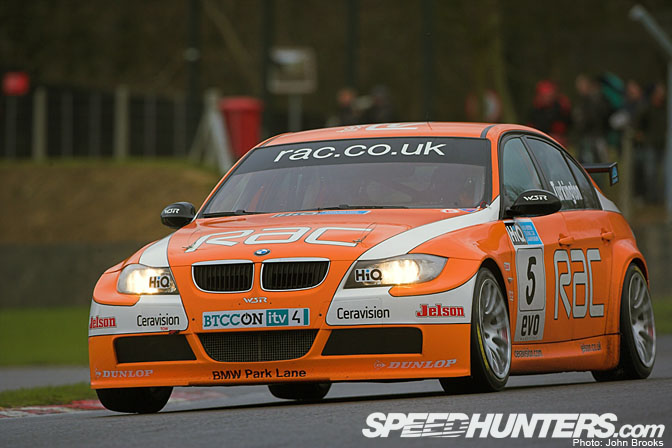 BMW 320si – The choice of the Independent! The 3 series has been very successful in the World Touring Car Championships and the last two years has seen an influx of ex-WTCC cars appear in the series.  Colin Turkington (WSR Team RAC, shown above) and Mat Jackson (BMW Dealer Team UK) are the BMW’s most likely to be seen at the front of the grid. Both are real talents and are the future of the BTCC. Jackson is even more impressive, given that his, is a family run team. Keep an eye out for some sideways action as these Rear wheel drive cars battle for grip.

SEAT Leon FSi – Driver, Adam Jones didn't sit in this car until Practise at Brands Hatch. Despite this, he has already beaten the works SEATS this year. It may look similar, but this car is petrol powered and one of the older WTCC machines. Adam is a real find and someone to look out for in the future. If a bit of luck comes his way, he could take a win. Currently leads the Independents Cup.

Honda Integra – This was the car to have under the older 'BTC' rules and always looked great on track. Known as the Acura RSX in North America, this race car was originally developed by Independents, Team Dynamics, Matt Neal won championships with the Integra. ‘Team Eurotech’ cars of father and son, Mike and Andrew Jordan always manage good results so keep an eye out for them. The remaining Integras just make up the numbers. 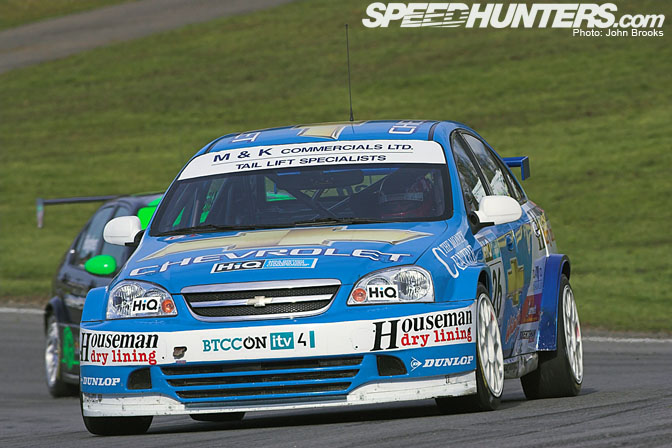 Chevrolet Lacetti – More commonly known as a Chevrolet Optra in some markets, this car has taken race wins in the World Touring Car Championship. New team, Roberstshaw races have bought a couple of these machines and they are already showing a good turn of speed. Expect them to  hover just inside the top 10. Not bad for a new team and car. 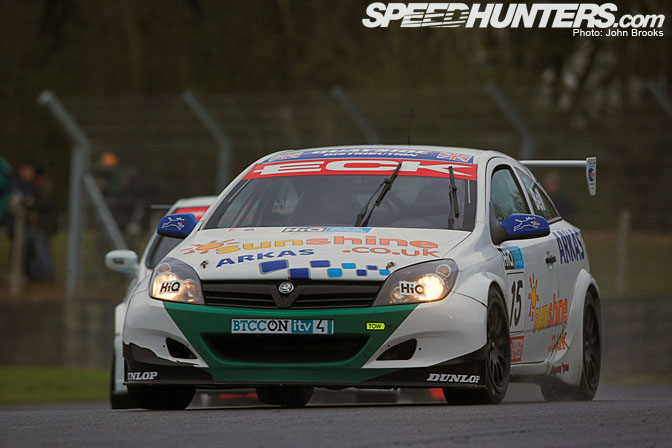 Vauxhall Astra – This was an un-loved race car built by 888 Engineering for Vauxhall a few years ago. Never really competitive, Vauxhall started again with the Vectra. Now, two of the chassis have found a home with Anglo-Turkish team Arkas Racing. Its going to be quite a challenge!

Honda Civic Type R – Competitve in its day, now totally outclassed. The 'EP3' Civic,  was developed by Arena Motorsport, better known in the late 80's as the Onyx Formula 1 team (and the team that gave me my first break into the car and design field).  The Civic race car also formed the basis of the Integra. 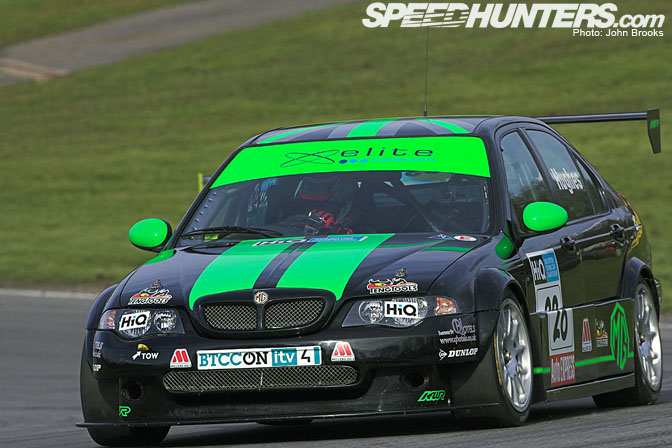 MG ZS – Another old BTCC car. Looks great in its old MG Black and Green livery but struggles to be competitive. Driver, Jason Hughes gets ever last ounce out of it!

Lexus IS200 – Small independent team, BTC Racing ran these for a couple of seasons, but they proved unrelieable and competitve. The team recently made the decision to change to the SEAT Toledos' shown below. It might not be the end for Lexus. Xero Competition have been testing a similar machine and hope to be on track later this season

SEAT Toledo Cupra – The Toledo has come out of retirement, now that BTC Racing  have bought two of these ex-works cars. A race winner in its day, the car should enable the team to move up the grid into the top 10. Distinctive looking cars with Blue base, white graphics on one car while the second car is revered.

Speculation is rife that the BMW 1series Diesel, another Integra and a Alfa Romeo 159 may reappear later in the season.

If you want to follow the season closely, I have produced some Spotter Guides for the BTCC over at http://www.spotterguides.com

One of the first projects for the Speedhunters team was for top motorsport photographer, John Brooks

After a break of six weeks, the British Touring Car Championship returns to the track this weekend at